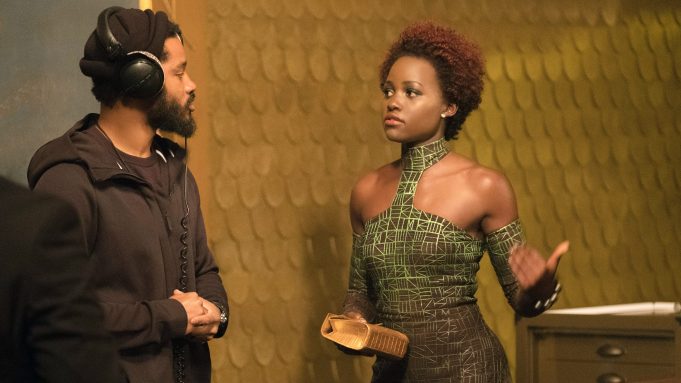 Kevin Feige revealed to Variety that work has officially begun on the highly anticipated sequel to Marvel Studios’ original film starring Chadwick Boseman. Feige revealed that most of the original cast is returning for the sequel alongside director Ryan Coogler, though of course they will not be joined by Boseman, who tragically passed away last year.

It’s clearly very emotional without Chad. But everyone is also very excited to bring the world of Wakanda back to the public and back to the fans. We’re going to do it in a way that would make Chad proud.

It’s very difficult to imagine how Marvel Studios will make a Black Panther film without the eponymous character from the first installment, and the studio has remained tight-lipped about plot details so far. Rumors have run wild about what Marvel has planned, particularly since Marvel have confirmed that Chadwick Boseman will not be recreated via CGI and will also not be recast.

Lupita Nyong’o has been pictured on set with Ryan Coogler, and it seems reasonable to expect Letitia Wright, Danai Gurira, Daniel Kaluuya, Winston Duke, Angela Basset, and Florence Kasumba to reprise their roles, but otherwise no official casting announcements have been made.

In addition, a Marvel Disney+ series set in Wakanda will be coming to our screens in the next few years, with Coogler and his multi-media company Proximity Media running the show. Apart from the setting, even less is known about that project. Furthermore, fan-favorite character Okoye (Dana Gurira) is expected to receive her own series as well.

Black Panther: Wakanda Forever is slated to release in theatres on July 8, 2022, a little over a year from now. It will be intriguing to find out what’s in store for this corner of the Marvel Cinematic Universe following Boseman’s passing.