We’re only a few weeks away from the release of the new Ms. Marvel Disney Plus series. The streamer has released a brand-new image focused on Kamala Khan’s family alongside a new interview with Iman Vellani. 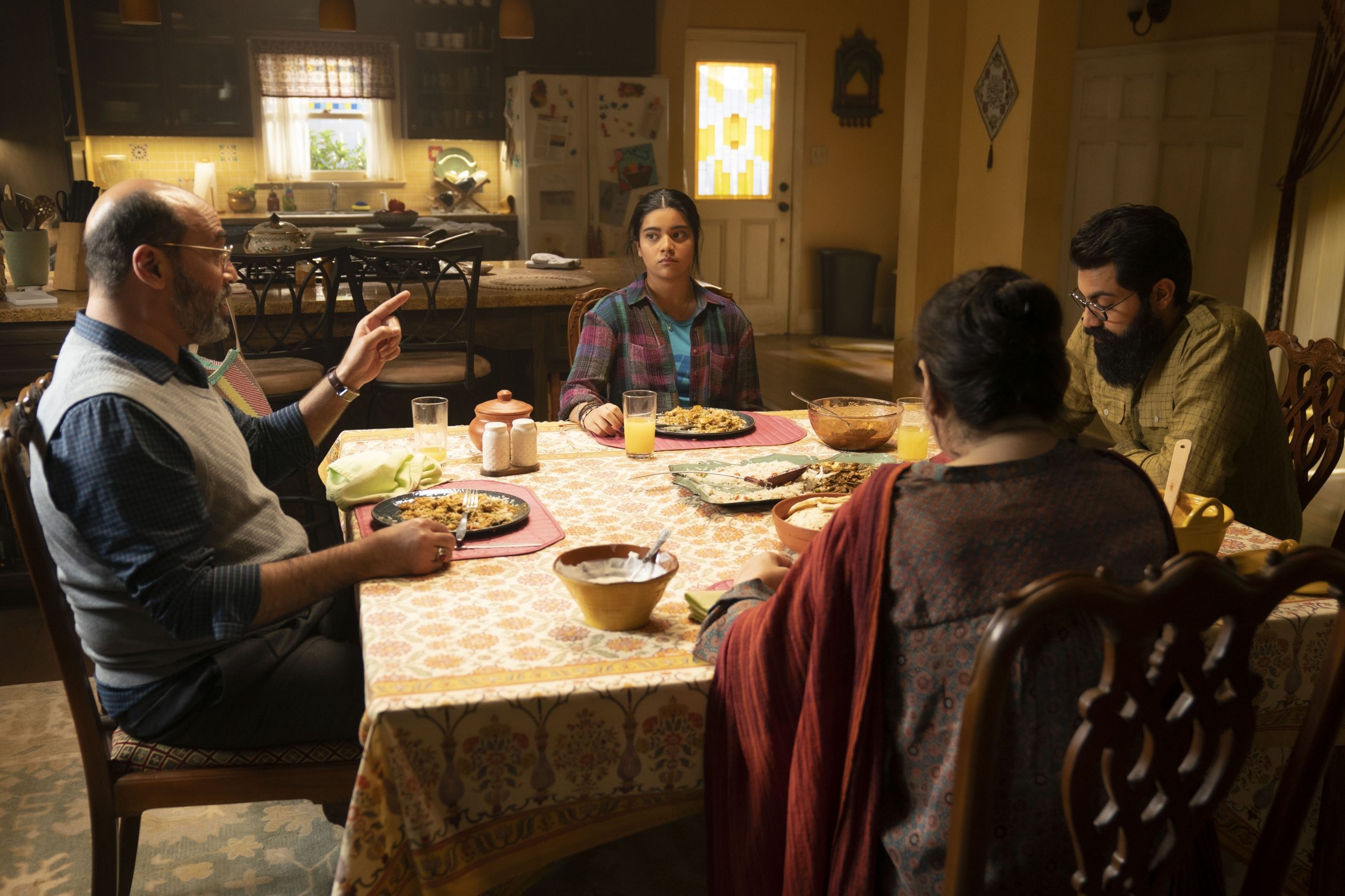 Iman Vellani told Zavvi that Ms. Marvel will feel like a John Hughes movie mixed with Scott Pilgrim and Lady Bird. It’s a fun, lighthearted teenage show that might get a bit corny at times:

“It is John Hughes-esque mixed with Lady Bird and Scott Pilgrim. It’s a lot more lighthearted than the other shows. We showcase that being a teenager is awkward, corny, and weird.

We are self-aware of how cheesy the show gets sometimes, but when you are growing up everything is so heightened – your emotions, crushes, friendships – it all feels so new. Minor inconveniences also feel like the end of the world.

We hold onto that feeling of when you are a kid just wanting to grow up. And when you are a teenager you think you know everything but you don’t as you haven’t lived yet. We really lean into that.”

She added that, when crafting the show, the writers and producers invited the cast to share their own experience as teenagers to make the show feel as realistic as possible:

“The creators and directors have done a great job in working with the cast, asking us to share our experiences and bring ourselves to the characters. It was very collaborative.

We are pretty young and just come out of high school, so that made the show as authentic as possible.”

The collaborative aspect of it is something that Marvel Studios is becoming very famous for. Pretty much everyone who works for them praises the studio as the most open-minded, collaborative environment in Hollywood, and at this point it’s safe to say it’s working. The studio is really expanding its horizons with Phase 4, as every single project feels quite distinct from the others.

Ms. Marvel will be a teenage comedy featuring the first-ever Muslim superhero, while Doctor Strange in the Multiverse of Madness is an insane tale that crosses universes to explore what makes each of us… us. Thor: Love and Thunder has nothing to do with Eternals, and WandaVision is obviously very different from Hawkeye. While the lack of a connective thread between all of these projects is starting to get noticed by some fans, Marvel is probably asking for patience. They have a plan, and it’s just a matter of time before they fully reveal it.

The studio hasn’t clarified yet if Ms. Marvel will be a one-and-done series, or whether it will be renewed for multiple seasons. Moon Knight and Hawkeye are in the same situation, though the latter will see its story expanded in the new spin-off series Echo, which just released its first picture from the set. Hailee Steinfeld will surely be brought back for a future project, whether it’s Young Avengers-related or another season of Hawkeye. Black Widow director Cate Shortland also said that Florence Pugh will be taking on the baton from Scarlett Johansson as the MCU’s Black Widow going forward, but we have yet to see when that will happen next, after she dropped by Hawkeye for a while.

Iman Vellani, however, already knows where her character is appearing next — the neighborly superhero will be going on a cosmic adventure next year in The Marvels, where she will join her idol Captain Marvel. Filming for that movie, which is directed by Nia DaCosta, has already wrapped. It will come out on July 28, 2023.

Ms. Marvel will debut on Disney Plus on June 8.