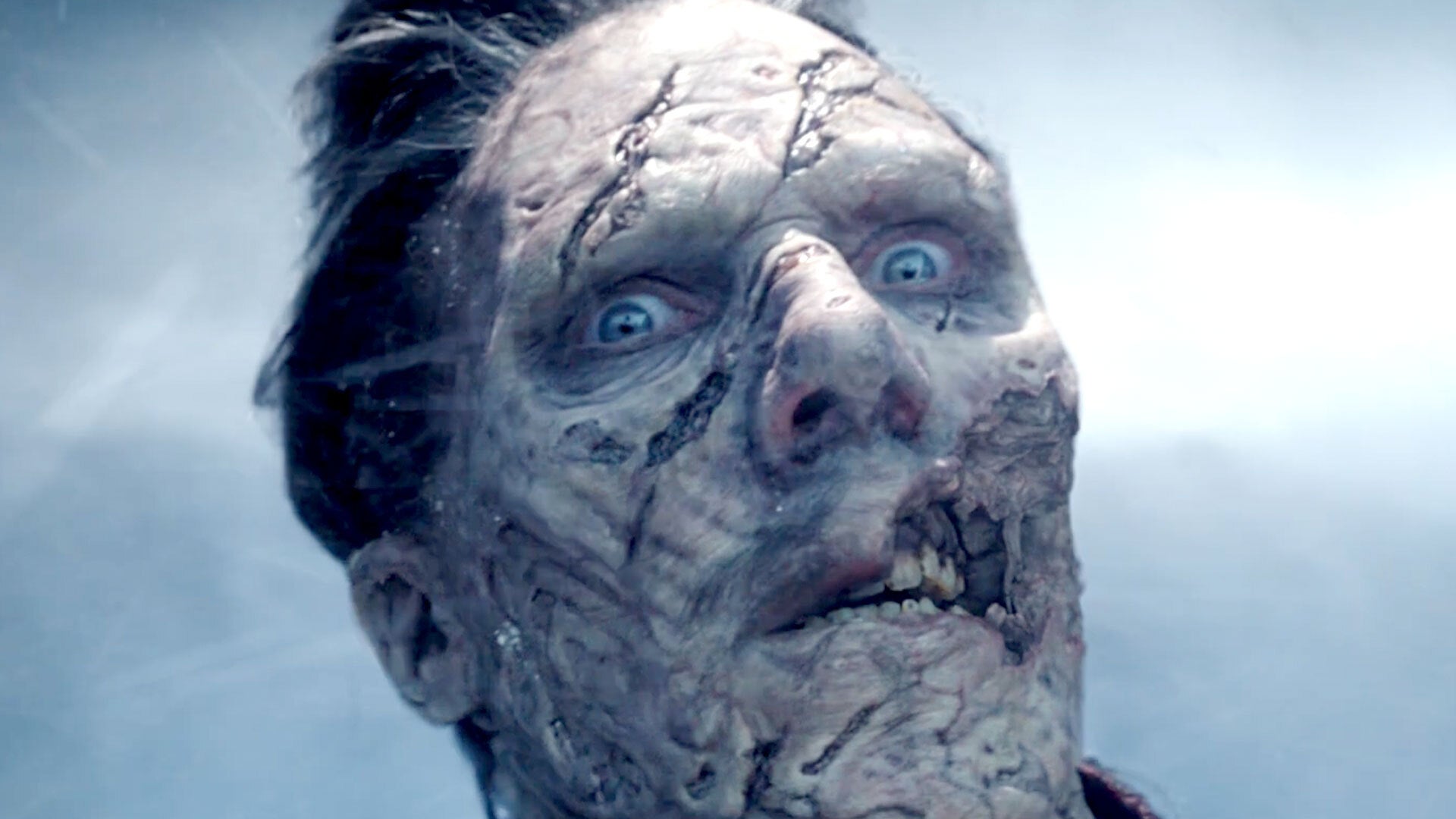 Against all expectations, the second Doctor Strange film is much more of a Sam Raimi-signed horror romp than an all-you-can-eat of cameos and MCU tradition.

It’s hard to call Multiverse of Madness divisive, but it sure has produced a discourse which is way more interesting than the average noise around Marvel Studios’ latest extravaganza. I myself considered the trailers and spots to be quite transparent as long as you paid attention to the signs, but it’s been fun seeing a large number of “stans” caught off guard by the direction Sam Raimi and Loki scribe Michael Waldron decided to take.

In another universe, Scott Derrickson would have helmed the second Doctor Strange, which was billed as heavier on the horror elements from the get-go. Our best guess is that he amicably jumped ship when the film had to become a nexus of sorts for Marvel’s big Phase 4 Multiverse arc. Early rumors pointed at Nightmare as the potential main villain in that iteration of the story in spite of Wanda’s presence, so it could’ve played out like a magic-fueled buddy film of sorts starring Strange and Maximoff in an adventure through the Multiverse. In a way, that basic idea is the skeleton of the final film, but it’s a much wilder ride which takes ambitious swings with the main players…

As teased in WandaVision‘s finale and the abundant marketing for the film, Wanda (or should we say… the Scarlet Witch) is the main antagonist of the story. We had some doubts about her overall position after toying with the Darkhold to search for her lost children, but the first twist in the film comes through the revelation that she’s the one that’s been pulling the strings across universes to hunt down América Chávez — the action sequence that kicks off the sequel makes it seem like América was escaping a demonic force that was working on its own, so the early reveal about Wanda’s intentions effectively explains how insanely powerful the Darkhold is.

Agents of SHIELD fans were already surprised by the presence of the book in WandaVision, and here Waldron and Raimi take advantage of its lore (and the Scarlet Witch’s) to craft full-blown horror and twist their way through the Multiverse in a breakneck adventure that often plays like a super-powered slasher flick. Many scenes and plot developments that could be deemed as inconsistent suddenly become natural to the story at hand thanks to the Darkhold and Wanda’s unleashed powers — this time around, she can crack open the rules of the film as much as Doctor Strange, and that makes for some diabolical transitions between sequences and unexpected jumps from point A to point B.

In what sometimes feels like Elizabeth Olsen’s show (she’s better than ever here and displays an impressive range), Benedict Cumberbatch’s Doctor Strange isn’t left behind. It’s just that Multiverse of Madness explores Stephen Strange through his actions and questions the basic idea of having such a powerful man toying with the very fabric of reality. In most universes, he’s a good person, but what happens if/when he goes bad? And what about his universe-altering decisions that backfire (Spider-Man: No Way Home) or simply have a massive negative side to them?

At some point during the first (kind of rough around the edges) 30 minutes, Michael Stuhlbarg’s Doctor West makes a brief appearance at Christine Palmer’s (Rachel McAdams) wedding and questions Strange’s key role in the Infinity War–Endgame event which changed billions of lives. We had heard Strange claim “there was no other way” before, but it was great to see a regular guy who’s worked with him trying to make sense of such a hard decision. As the film pushes forward, its themes become crystal clear — it’s a twisted but moving story about grappling with overwhelming power and tempting dark forces (literal and metaphorical) without being corrupted in the process, a cautionary tale about taking shortcuts and facing terrible consequences.

As Strange struggles with the weight of saving our reality time and again (and his undying love for Christine), Wanda is willing to sacrifice everything and everyone to reunite with her children (wherever they may be) and fill the Vision-shaped hole in her heart. It’s more than enough fuel to justify all the loopy antics going on, but Multiverse of Madness adds Xochitl Gómez’s América Chávez to the mix as both the perfect plot device and an effective universe-travelling macguffin for the story Marvel wanted to tell. Despite some rough lines that Gómez is unable to wrestle with, plus a key development which is rushed because the conclusion demands it, Chávez brings much-needed teenage energy to a rather adult film. In a similar way, Wong (Benedict Wong) adds some focus and strategy to the chaotic events that unfold — he’s quickly becoming one of my favorite secondary characters in the MCU.

We also have the elephant in the room of massive cameos through another Earth’s Illuminati — our own Josh Atkins took some shots about the potential roster back in February. Thankfully, their presence represents more of a meaningful stop in the protagonists’ journey than a fanservice-driven deviation. Still, we’ve been given some wild gifts in the shape of John Krasinski as Reed Richards, Patrick Stewart back as Professor X, Hayley Atwell as Captain Carter, Lashana Lynch as Captain Marvel, and Anson Mount as Black Bolt (the wildest cameo for me, after the terrible Inhumans TV series). Chiwetel Ejiofor’s Mordo is also part of the team, since their Doctor Strange was executed after causing an “incursion” — this concept is underlined several times and makes me think we’re slowly walking towards a massive Secret Wars event of sorts — to obtain the power needed to defeat Thanos in their universe. Classic Illuminati stuff.

For 616 Strange, facing another “well, our Strange caused a mess” moment is the second Multiverse-related gut punch related to him, as América Chávez was almost killed by Defender Strange because “it was the only way.” And it’s not the last, as he later comes across another Strange which was corrupted by the Darkhold. Basically, “our” Strange is given plenty of bad examples so he can course-correct or at least try to find the least damaging solution to Wanda’s reality-threatening delirium. The film’s “haunted house” structure and multiversal nature always seems to be serving a meaningful purpose, even when the writing feels a draft away from reaching true greatness. Therefore, the Illuminati are dispatched quickly with some of the meanest PG-13 kills in recent memory. We get some cool moments with them, but this isn’t their story.

Back to Mordo: I must say both Chiwetel Ejiofor and his character are utterly wasted in this. Maybe the film is a bit too overcrowded for him to have larger part, but with all the importance that is given to Illuminati Mordo’s introduction, it feels weird to have him become a bumbling and easily-baited fool once hell breaks loose. Plus, one would expect him to chase 616 Strange later in the film to fix what’s been done and get some answers as the sole surviving member of the Illuminati. On top of that, 616 Mordo is nowhere to be found, and his “there are too many wizards in the world” Doctor Strange set-up is promptly dismissed by Strange, who claims he tried to kill him, something that certainly didn’t happen in Scott Derrickson’s film. Hopefully, that will be revisited in the third installment alongside whatever that Clea stinger is teasing, because right now it feels like a huge missed opportunity and a disservice to a pretty solid character. Some (pretty accurate) leaks from early cuts of the film claimed he was unceremoniously offed by Wanda during the first act, so I guess it could’ve been worse. 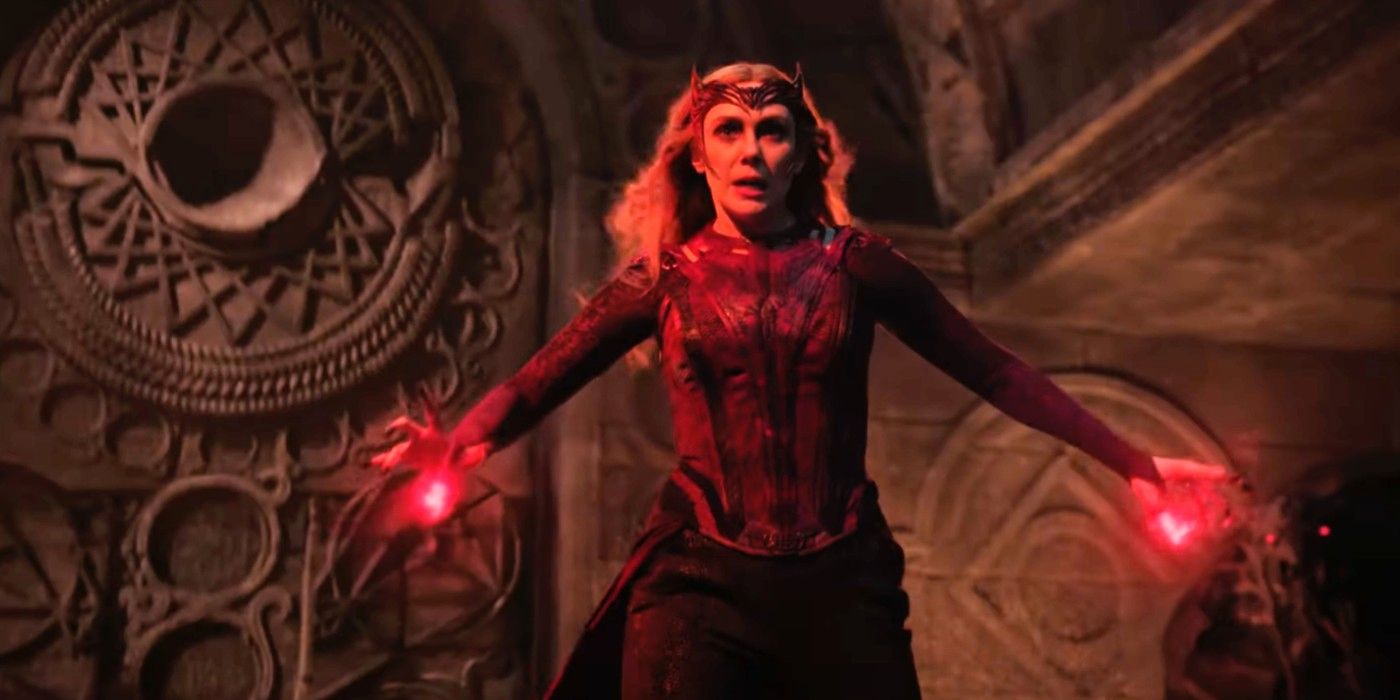 While 616 Strange possessing (from another universe) Dead Strange’s corpse and making a magic cape out of enslaved dark spirits is pretty metal, most of the horror elements in the film are delivered through the Scarlet Witch’s unshackled abilities — it was simply delightful to witness Sam Raimi going all-out with Evil Dead references (cheeky Bruce Campbell cameo included), camera moves and transitions that exist completely outside the MCU’s visual language, tons of genuine camp, and some really nasty kills. I’ve always said directors like him, Peter Jackson, or Stephen Sommers made a pretty good case for meaner-than-usual PG-13 adventures. And that approach shines here and gives me great hope for future horror-themed Marvel Studios features such as Blade. On top of that, Danny Elfman is no stranger to superhero films and remembers how to ride the Raimi train (some musical bits in this are incredibly audacious) while honoring Michael Giacchino’s memorable Doctor Strange score.

As you can tell, I wasn’t bothered by any of the major decisions made in this film. I think it’s Marvel Studios’ second-best Phase 4 entry (No Way Home reigns supreme in my personal ranking), and I’d love to see Feige and his team leaning harder on each filmmaker’s strengths moving forward. What once were rare occurrences (James Gunn and Taika Waititi come to mind) now appear to be increasingly frequent — in spite of the film’s many problems, Chloé Zhao’s Eternals also felt very dissenting. Here, Sam Raimi and Michael Waldron managed to offer the usual MCU thrills while bravely exploring some pretty dark corners, all while juggling many elements that could’ve easily felt dissonant.

For a shaky project which faced several major rewrites and fought against the clock in spite of huge COVID-related delays, the second Doctor Strange installment feels like the “Marvel machine” working at its best. It’s far from perfect, and there are some pretty noticeable cuts early on, but it ultimately works like gangbusters. After so many twists, turns, and big swings, it’s surprising to see Multiverse of Madness‘ final stretch regain control of almost everything, close out an intimate Stephen Strange chapter that started with the 2016 film, and even offer a beautiful and sincere expression of love. However, it wouldn’t be a truly unfiltered Raimi feature without a sudden “there’s no escape from dark forces” ending. As Mordo said in the original: “The bill comes due.”