UPDATE! Valve and Netflix Team up for ‘DOTA’ Anime 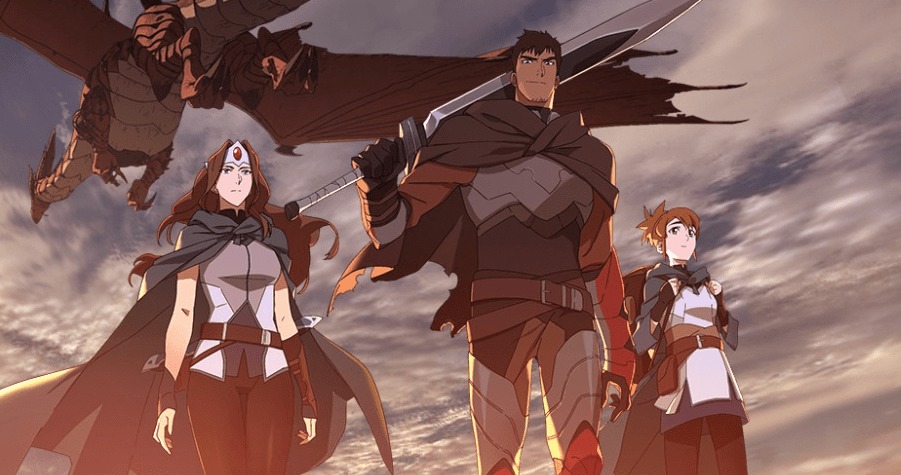 Valve’s hit video game DOTA 2 is making the jump to the small screen with an animated series which will be debut on Netflix in March.

In a surprise announcement, legendary game developer and publisher Valve Software has unveiled an animated series based on their hit MOBA video game DOTA 2. And it’s hitting as early as next month. Here’s the debut teaser:

Right now, most of you will be wondering what the hell I’m talking about. Well, the history behind DOTA 2 is a bit complex, but I’ll try to keep it as simple as possible…

In 2003, a fan-made modification for Blizzard’s Warcraft III, a real-time strategy title which predated World of Warcraft, made a splash. Its name was Defense of the Ancients a.k.a. DOTA; the gameplay centers around two teams of five heroes each which must coordinate to destroy the other team’s “Ancient” in order to win. DOTA was basically a tug-of-war which married RTS and RPG elements already present in Warcraft III in a symmetrical way. Over the years, the mod became well-known and kept growing with new heroes, features, and reworks. Eventually, some of the (amateur) developers behind it moved on to create spiritual successors (which were built from the ground up) such as Heroes of Newerth and the insanely popular League of Legends.

In spite of all this, developer IceFrog kept on working on the original DOTA mod until he was contacted and subsequently hired by Valve Software (Half-Life, Portal) in 2009 to oversee the development of an official sequel. Yes, a full-game sequel to a modification for a game owned by another gaming titan. Of course, Blizzard fought Valve over the rights to the fan-made modification (yes, really) because it had a lot of potential, but that went nowhere, and Valve ended up developing DOTA 2, which is the second most famous “multiplayer online battle arena” game in the world right now (League of Legends took the lead early on).

Development on the hit video game isn’t slowing down eight years after its initial release, and fans have been clamoring for expansions of the game’s universe and background stories. Now they are getting one which will most likely also bring new players to the free-to-play title. This is also smart business for the folks at Netflix, who are bolstering their anime offerings non-stop, especially in regards to video game adaptations: Castlevania and Dragon’s Dogma already proved to be highly successful, and plenty of adaptations of Ubisoft’s meatier IPs are coming our way.

Thankfully, it seems like we are dodging the CG-animation style with this anime, as DOTA: Dragon’s Blood has been handled by the studio behind The Legend of Korra. Now let’s hope the plot behind this spinoff tale is somewhat engrossing too.

UPDATE! A full teaser trailer for the series has dropped: