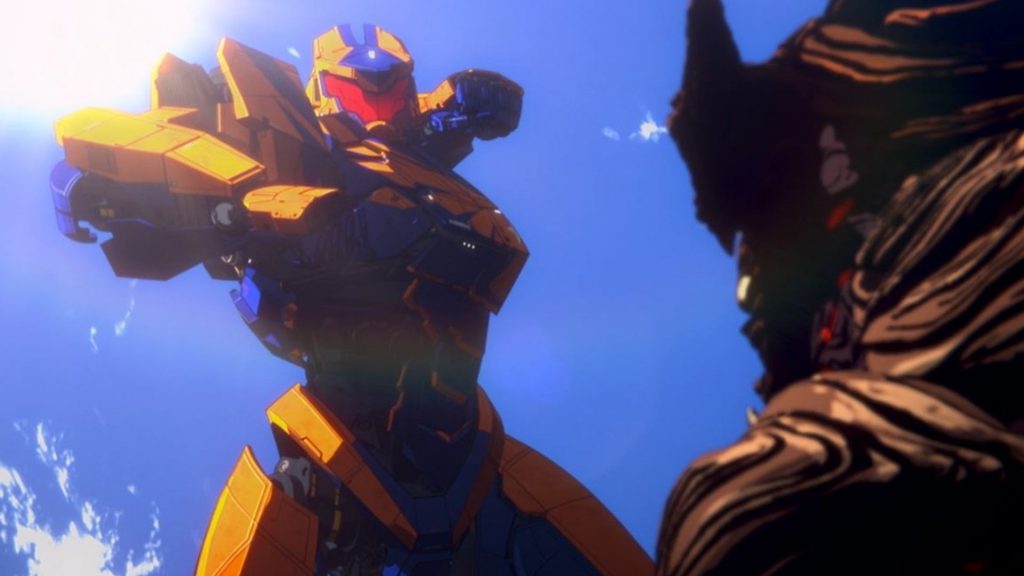 While the world still tries to forget Guillermo del Toro’s Pacific Rim had a disappointing sequel, the long-promised anime series has finally emerged.

An animated Pacific Rim series has been on the cards for years, but it wasn’t until 2018 that solid plans for the IP were announced by Netflix and Legendary Television. More recently, we learned that the series was titled Pacific Rim: The Black and that it was indeed using the CG-animation style featured in 2017-2018’s animated Godzilla trilogy. Japan’s Polygon Pictures has handled the development of this series too, but it definitely looks sharper than their Godzilla films.

Last Friday, Netflix finally debuted a full-length trailer which tells us who the main characters are and what they are trying to survive:

The official synopsis released by Netflix reads as follows:

There was a time when Kaiju rose from the Pacific Rim only to encounter gigantic robots, Jaegers, built to fight them back. That time has passed. Now, Australia has been overrun by Kaiju, forcing the evacuation of an entire continent. Left behind, teenage siblings Taylor and Hayley embark on a desperate search for their missing parents, teaching themselves to pilot a battered, long-abandoned Jaeger to help in their quest and give them even the slightest hope of surviving.

While early rumors claimed the series was going to be a prequel to Guillermo del Toro’s film, this definitely sounds like a sequel of sorts to 2018’s Pacific Rim: Uprising. If we consider that film ended with the promise of an invasion of the other side of the Breach, it seems weird to fully ignore that and instead jump to a point in time when Jaegers are all but gone and kaijus roam free. Then again, the trailer and synopsis could be misguiding us.

Anime and kaiju fans will find out for sure what is going on when Pacific Rim: The Black delivers monster-smashing fun globally on March 4. Let’s hope the franchise finds a second life in animation.