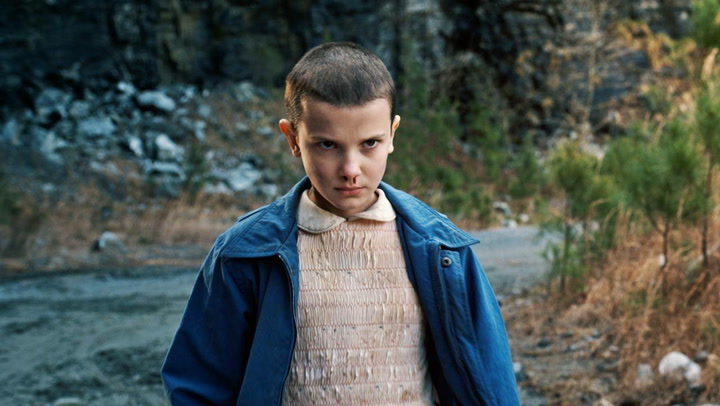 Marvel’s The Eternals looks like it may just snag another big name for its upcoming ensemble movie, as Stranger Things breakout star Millie Bobby Brown may be up for a part.

Hidden in a Variety report about the San Diego Comic Con is a note about Marvel’s big presentation (and why it’s so important) is some details on The Eternals, which features a casting detail that has not yet been discussed by any major trade:

“Supreme Geek and Marvel Studios president Kevin Feige is expected to unveil brand-new franchise starters at the convention in late July. Chief among them is The Eternals, a series about godlike alien beings to be adapted by indie director Chloé Zhao (The Rider) and starring Angelina Jolie, Kumail Nanjiani, Richard Madden and Stranger Things lead Millie Bobby Brown.”

If the report is accurate, then Brown is likely playing a gender-swapped version of Sprite, an Eternal who has the body of a child in spite of being millions of years old. However, it should be noted that Brown’s involvement has been largely speculation up until this point, and it’s possible that the trade may have made a mistake; if it were so certain, then a piece confirming her involvement would likely have shown that Variety was more confident int this information.

Aside from Brown, the movie’s cast will potentially be made up of Angelina Jolie, Kumail Nanjiani, Ma Dong-Seok/Don Lee, Richard Madden, Keanu Reeves, and Salma Hayek. Marvel have stated that future movies will be more diverse to reflect the world that we live in, and so far, the ensemble of roles listed reflects that, with cast members of various genders and ethnic backgrounds represented. While The Eternals, as a franchise, has been obscure to all but the most loyal of Marvel fans, it has serious ties to all sorts of Marvel lore. Among the concepts that these comics have influenced are Atlanteans, Lemurians, Olympians, Mutants, Celestials, Skrulls, Genis-Vell, Phyla-Vell, Moondragon, Thanos, and even the likes of Robert E. Howard’s Conan, Kull, and Set. With all that in the backgrounds of these characters, it makes a lot of sense for Marvel Studios to pursue a future where The Eternals will lay the groundwork for dozens of other franchises before they even think about doing a direct sequel.

The Eternals is currently in development at Marvel Studios and is currently without a release date (although it is speculated that it will serve as Marvel’s currently-scheduled November 6, 2020 offering). The film will be directed by Chloé Zhao and written by Matthew and Ryan Firpo. As always, Marvel Studios President Kevin Feige will produce the project. Production is expected to begin in September and conclude in January of next year.