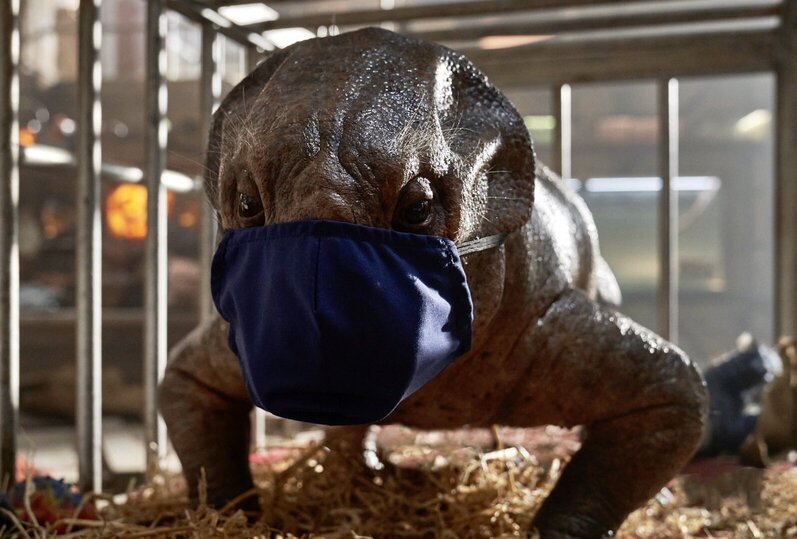 It’s gonna be a new world both inside and outside the screen.

Wrap on Jurassic World Dominion. All my gratitude to our extraordinary crew and cast. We made a family. pic.twitter.com/svD3yURmHw

The picture features Trevorrow himself, Jurassic legend Sam Neill, DeWanda Wise, and Mamoudou Athie. It’s the latest of many endearing photos that arrrived from the sets of Jurassic World: Dominion. In a heartfelt exclusive interview with Deadline, Trevorrow talked about how it feels to finally close this very special film that has been shot under very special conditions:

“I’m not sure I can put it into words… It has been remarkable. Our crew and our cast has been so resilient. All producers have worked around the clock to make it the best it can be. It has been inspiring.”

Jurassic World: Dominion was the first big Hollywood production to go back into production following the harsh restrictions of the March-July period, when COVID-19 besieged the whole world. After a somewhat stable late summer and early fall, a second wave of the virus is currently hitting Europe, and the latest Jurassic World was also affected by some positive tests a month ago.

Deadline is reporting that over 40,000 COVID-19 tests were conducted. The studio also set up a “greenzone” in Pinewood with daily temperature tests, doctors, nurses, and isolation booths. And this does not include all the hand sanitizer stations and extra sinks which were established all over the place. Around $7 million were spent on protocols alone.

Trevorrow believes that spending so much time together out of necessity with the cast and crew has made the film richer:

“I think that close proximity to each other has made the movie better. Everything we were going through emotionally we would share. We would rehearse on Sundays, we crafted the characters, which made the emotion of the film richer. I think the movie will be stronger for it.”

The VFX pipeline and overall process of making the film haven’t been affected that much by these hiccups; a good deal of VFX and animatronic work was done over the “shutdown months”, so the production was able to hit the ground running when it resumed filming in Malta and the U.K. in summer.

The film is still a long way off, since Universal delayed its release date a whole year to 2022 just to be sure, but Trevorrow promises it will feel special and relevant:

“This movie is about the need to co-exist and survive together. If this pandemic has taught us anything it’s that we need the different generations to protect each other. It was the right movie to be making at this moment.”