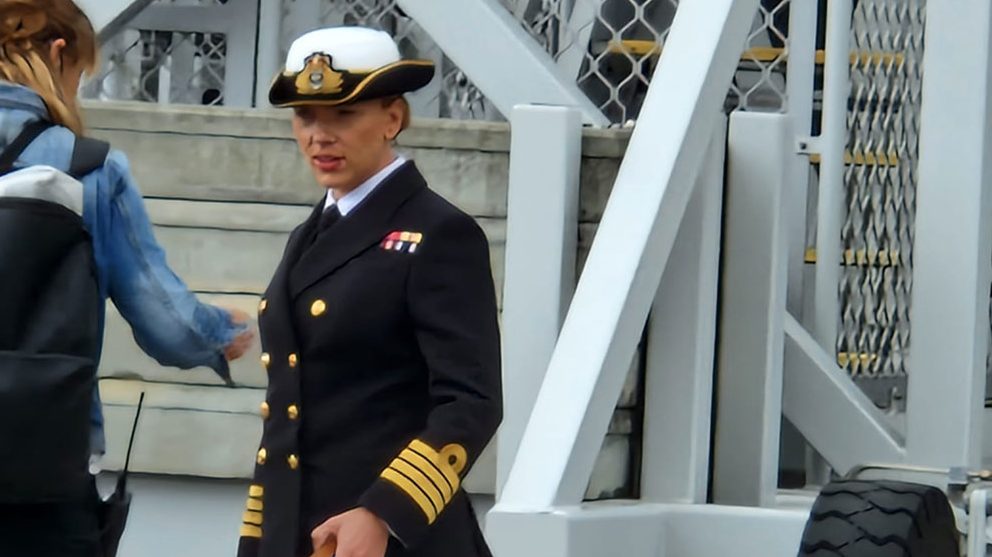 Scarlett Johansson has been spotted on the set of Kristin Scott Thomas’ directorial debut, as we are able to provide exclusive photos from Thursday and Friday, May 12 and 13, showing Scarlett Johansson and her director on set, filming on an aircraft carrier in Portsmouth, United Kingdom. Johansson is wearing a naval costume, and one picture appears to show her making a speech to members of the Navy. 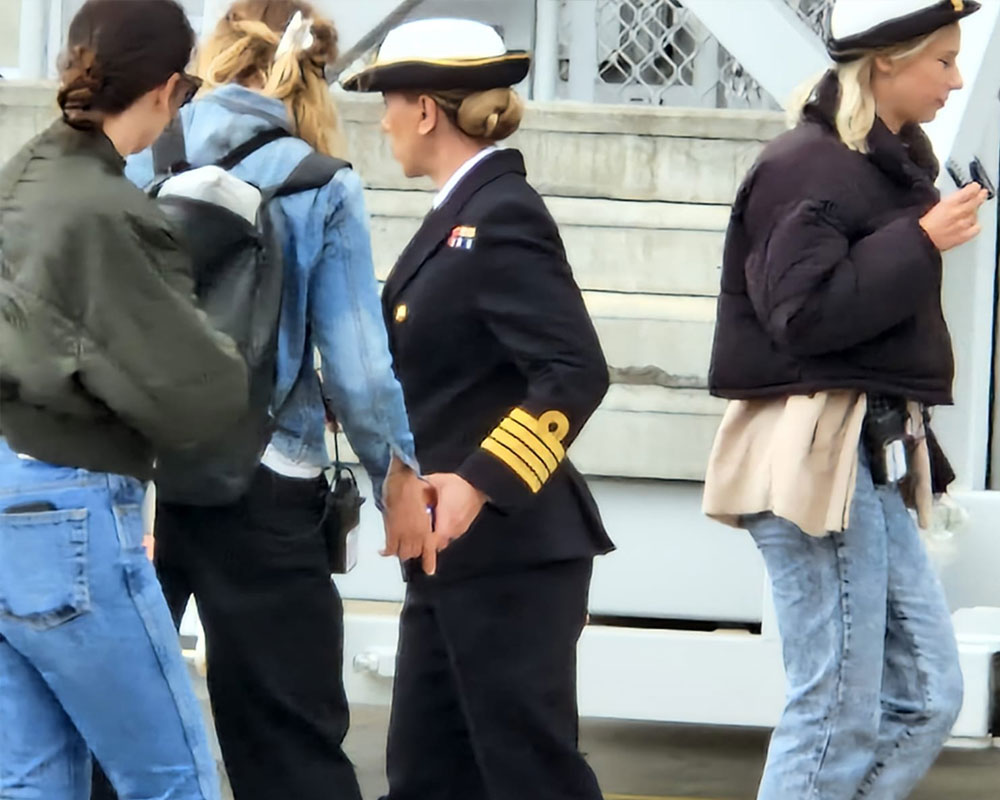 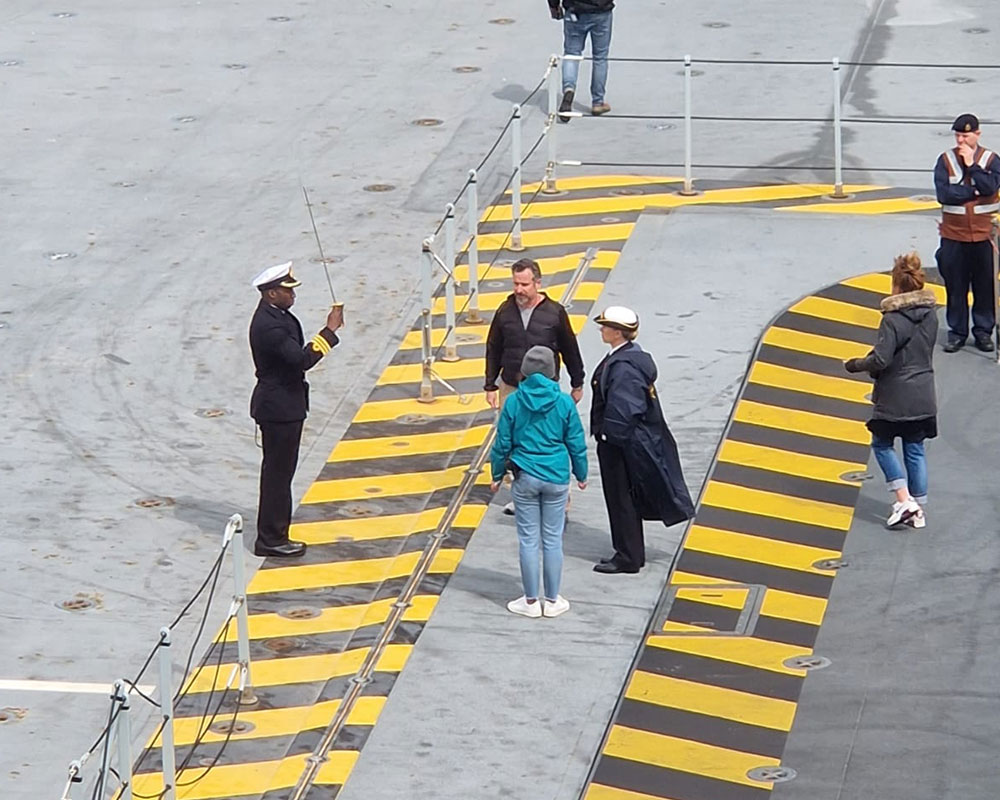 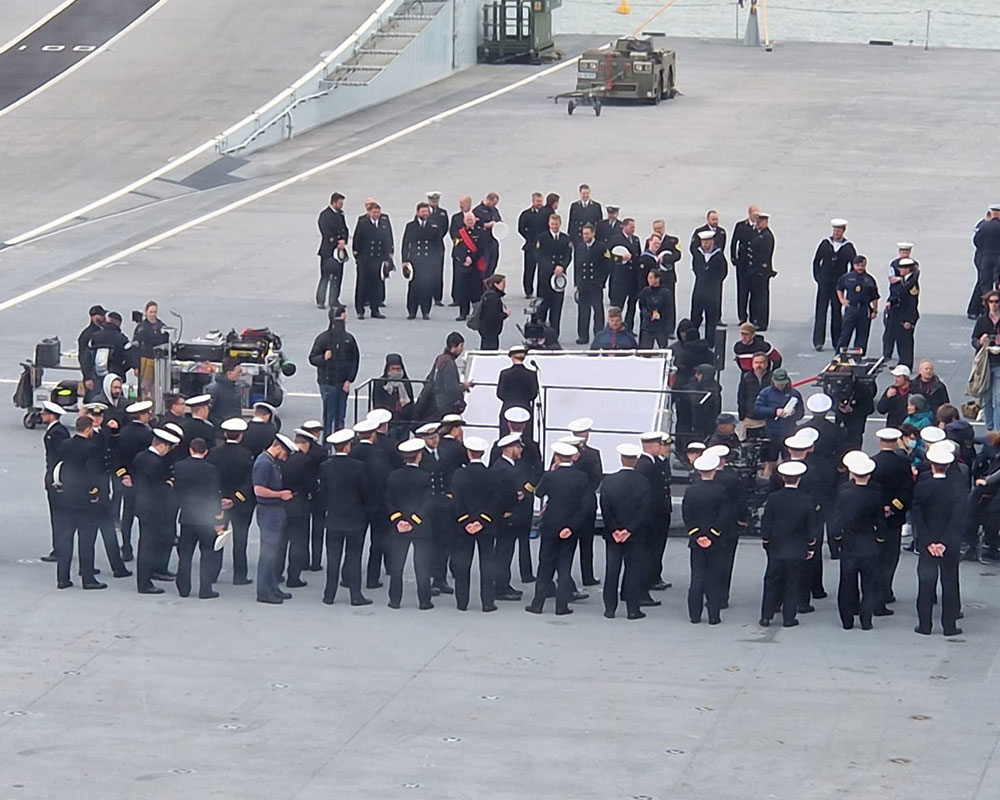 Kristin Scott Thomas was spotted in conversation with the crew as well: 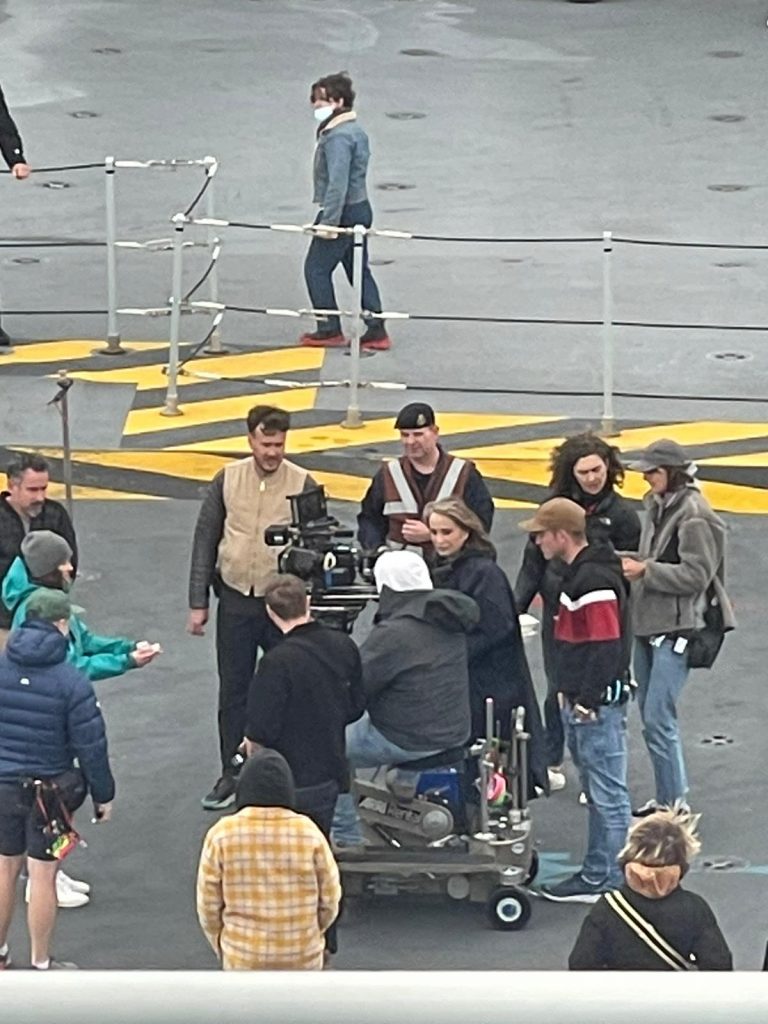 Our sources also tell us that Sienna Miller was spotted on set on Thursday, but we don’t have any pictures of her to confirm.

The feature film began shooting on May 4, 2022, according to casting director Lucy Bevan, who also revealed Johansson was cast alongside Sienna Miller and Emily Beecham.

We have no concrete plot details about the film, though our sources claim that it will tell the story of the first female naval commander. It was reported in 2017 that Kristin Scott Thomas was to make her directorial debut at the time adapting Elizabeth Jane Howard’s 1959 novel The Sea Change; but that film focuses on a London playwright and his wife’s rocky marriage, so it seems this is a different project entirely.

It could be that Scott Thomas has moved on to another project since 2017, as no actors were officially attached to the film at the time, plus the pandemic would surely have stopped whatever progress had been made in its tracks. We’ll bring you more info on this project as it develops.

After this film has finished shooting, Scarlett Johansson will soon be filming the upcoming Project Artemis with Chris Evans for Apple TV Plus. On top of that, she recently finished work on Wes Anderson’s new film Asteroid City, which packs a star-studded cast including Margot Robbie, Tom Hanks, Bryan Cranston, Bill Murray, and Tilda Swinton.