‘Outriders’ Needn’t Imitate ‘Destiny’ To Have a Future 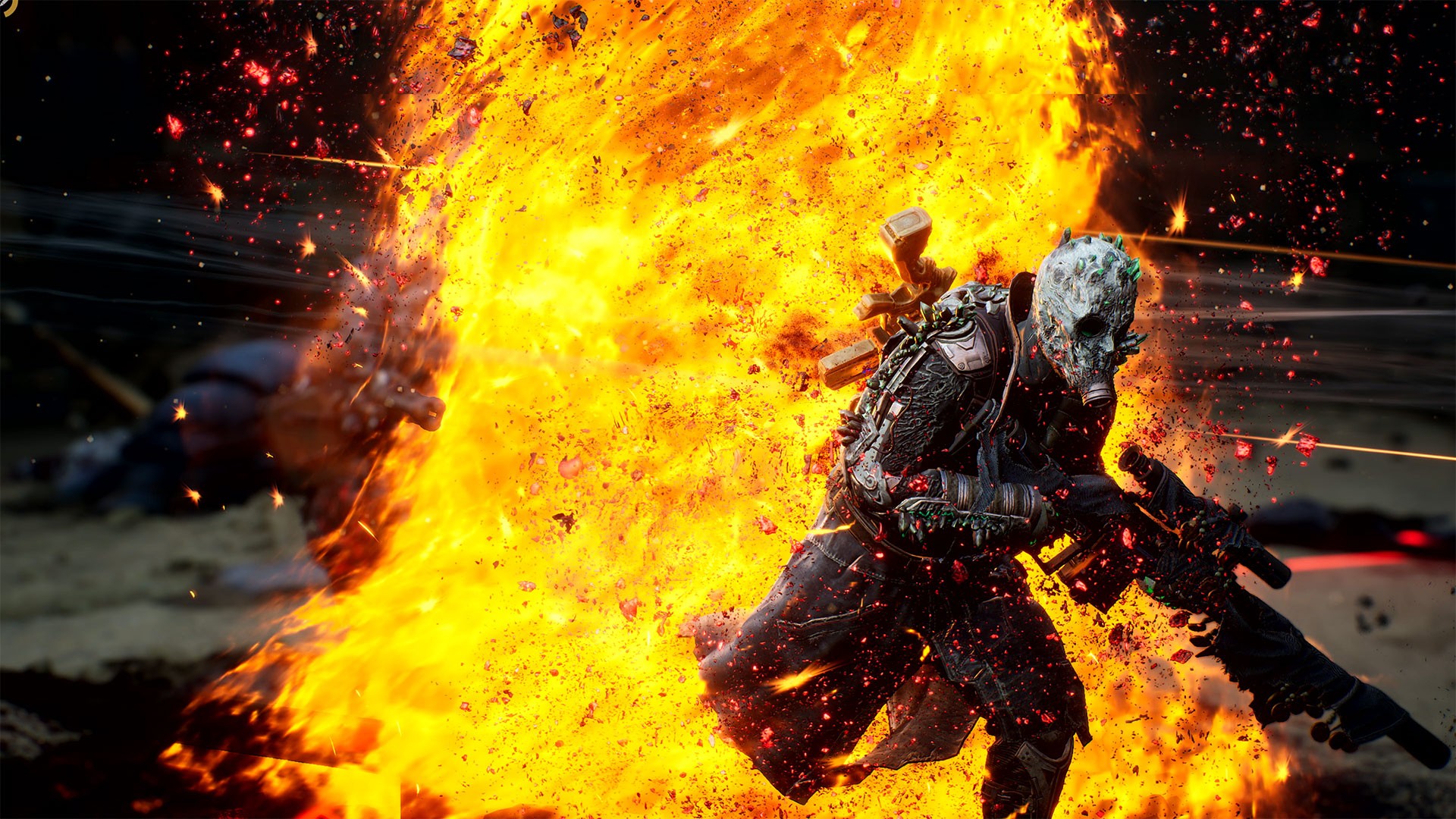 Outriders‘ biggest strength almost ten months into its post-launch is how it’s willing to distance itself from the giants of the looter-shooter genre.

It’s hard to deny People Can Fly’s latest game had a rocky launch last April; reviews ended up hovering around the 75 mark on Metacritic (that’s considered mixed in Video Game World), with players making way more noise about the game’s technical issues at launch or baffling design choices related to the endgame content. And even after all that, Outriders managed to hold a limited but healthy playerbase that praised the chances the studio had taken to craft a strong identity for the looter.

Four new Expeditions, an all-new Transmog system, removed timers in Expeditions, new weapon skins, rebalanced Classes, Skills and Mods, and an overhaul to Tiago’s Expedition store and his vendor items, as well as many more general improvements and updates to the game. This massive update acts as the culmination to the months-long work to improve the OUTRIDERS player experience.

Fans of the looter-shooter genre are familiar with these big updates that usually come to the rescue after the initial launch misses the mark and/or the game cracks under the weight of players’ expectations. The once-fresh shooter subgenre is quite crowded nowadays, with Warframe and Destiny 2 reigning supreme with ambitious live-service plans and a constant stream of new content and enticing activities. It’s hard to find and hold a spot in there, and I feel like Outriders may have a shot because, much like The Division 2, it appears to be focused on developing its own identity instead of chasing the big dogs — Marvel’s Avengers, also published by Square, made this fatal mistake and is struggling to turn the ship around despite working with the world’s most profitable IP. 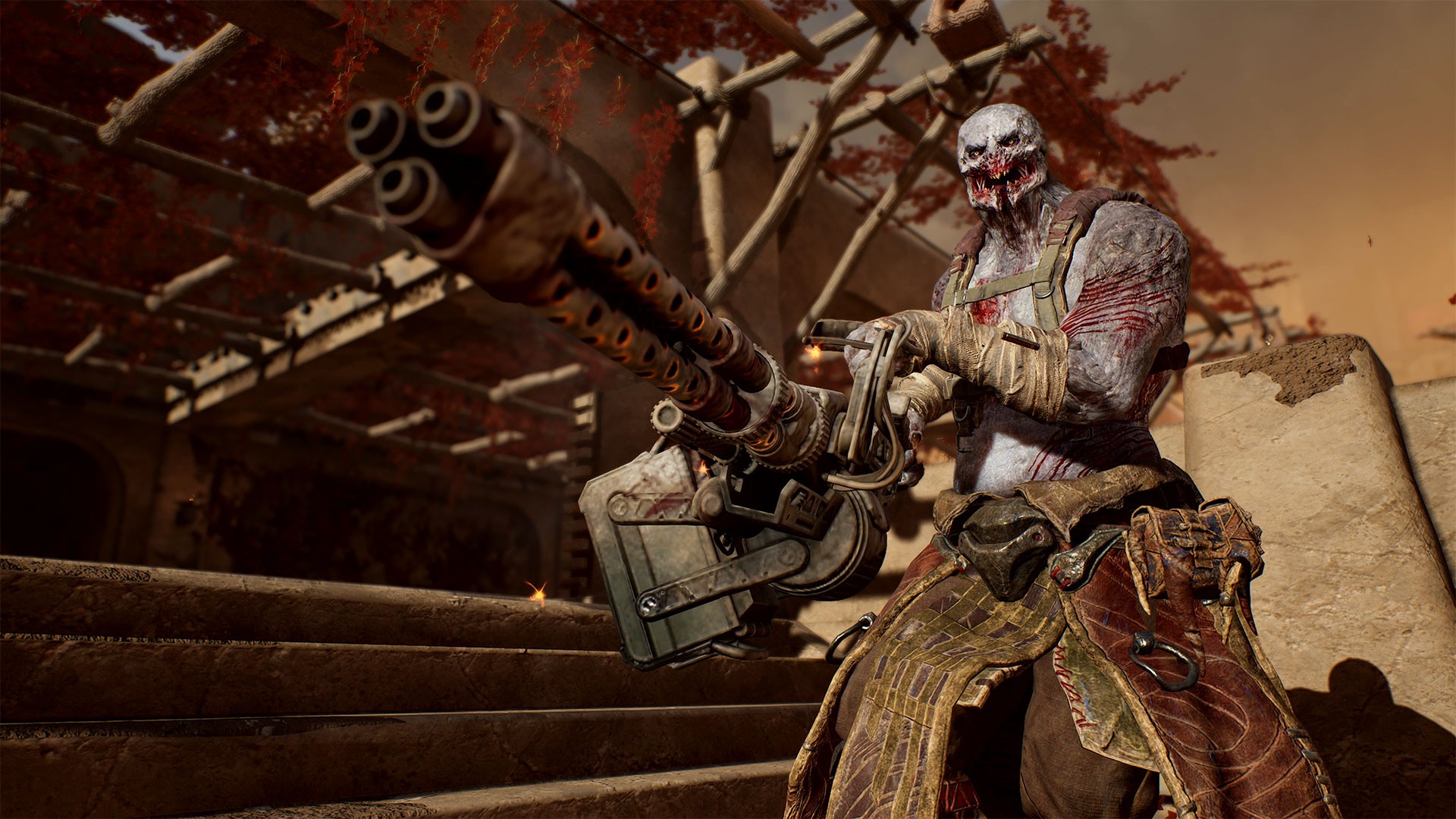 First of all, I was impressed by the length of Outriders‘ story campaign. Looters generally treat their campaigns as introductions to the “meat and potatoes.” They can be good and borderline memorable, don’t get me wrong, but it’s hard to feel fully satisfied by a looter after playing through just the campaign; endgame activities and extended gameplay loops lie beyond the stories’ borders, and that’s usually the “make or break” area for this type of games. Anyway, I enjoyed Outriders campaign more than I thought I would; what it lacks in compelling characters and weighty dramatic beats, it makes up for in lush worldbuilding and relentless pacing. Above all, it showed me that People Can Fly is dead-on serious about this new sci-fi universe, and I’m kinda intrigued by where the story might go next with this year’s paid Worldslayer expansion — Enoch still holds many secrets and feels like an immense playground.

Much like previous triple-A efforts by the veteran Polish studio, Outriders is largely a diamond in the rough; the narrative, despite all its ambition, feels dated, and both level design and core mechanics lack an extra level of polish which could elevate the overall package. But it all works. It works consistently well. And it’s lean and mean. And I think that’s extremely important in a market oversaturated with bloated online games that can be great, but have little to no respect for your free time. I love Destiny 2, but I’m constantly bouncing in and out of it because it’s simply overwhelming to keep track of everything for long periods of time, especially when it’s constantly evolving. Outriders plays more like a classic cover-based, co-op shooter which happens to have looter and lite-RPG progression systems built on top of its already functional core. It has no seasons, no events, and no plans to become more than an uncomplicated fun time. 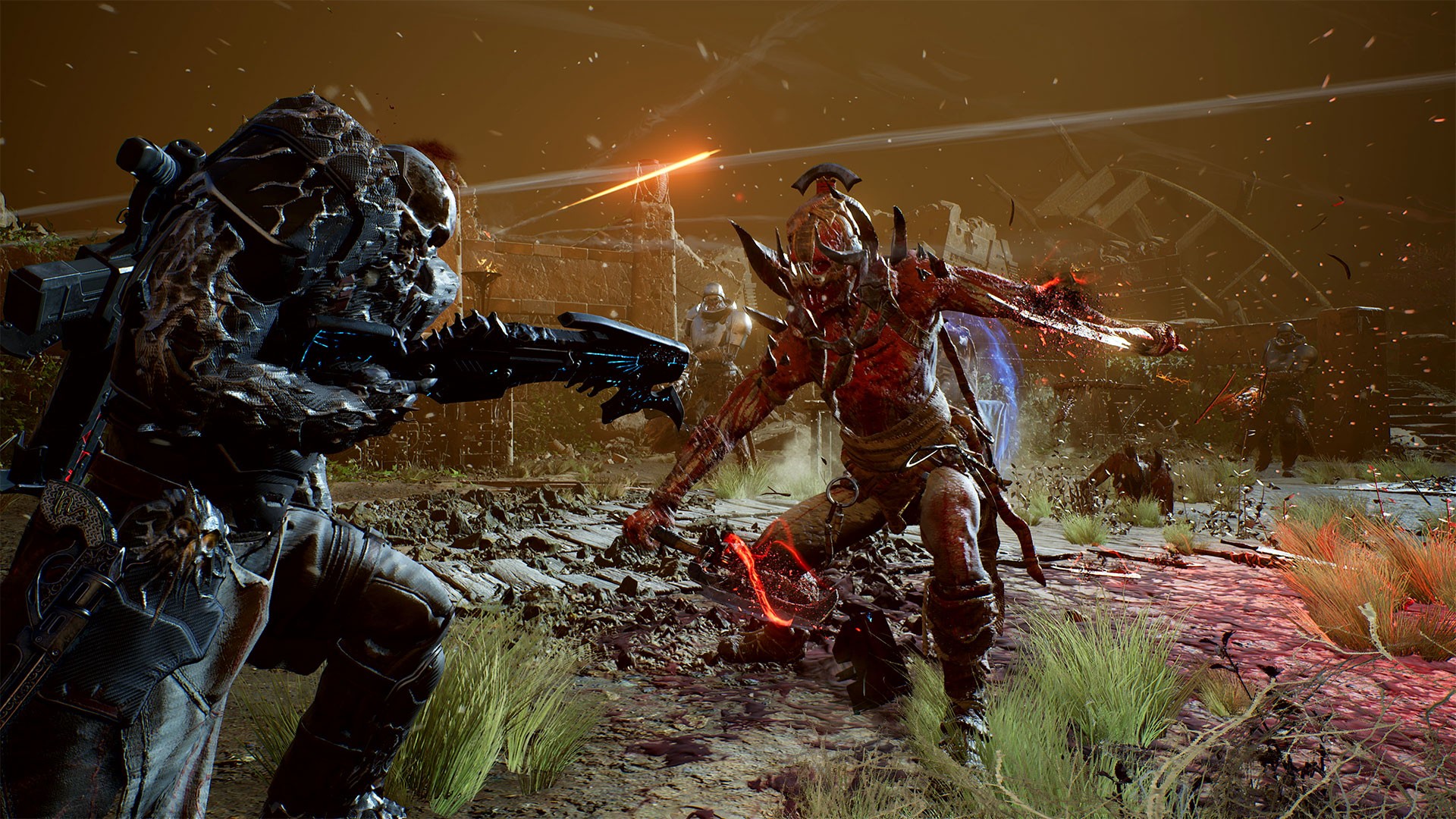 As stated above, things get truly hectic once you’re done with the campaign — Outriders respected that unspoken rule of the looter subgenre. The shiny new drops become cooler and more abundant, viable builds for all the different classes are a thing, and the gameplay loop doubles down on breakneck, blood-soaked action. Expeditions, the endgame missions which follow the events of the game’s main campaign, usually last around 20 minutes, but the game encourages its soldiers to become stronger and faster with each new run, and there’s a sizable amount of grindy (solo or co-op) fun to be had with each of the four superpowered classes. Players weren’t too happy with how Outriders handled its endgame before, as Expeditions were timed and barely solo-friendly, but all that changed thanks to the New Horizons update, which feels like a big step in the right direction.

Don’t expect Outriders to behave like its big brothers (because it clearly doesn’t want to) and you’re bound to have a good time with it. Sometimes, we just want to have old-school fun blasting away gruesome beasts and bloodthirsty space bandits, and People Can Fly’s title delivers squarely on that front. It’s easy to get into, can be easily cut into small pieces if you don’t have too much free time, and knows what to gun for. Hopefully, Worldslayer won’t try to bite more than it can chew and will instead fully commit to this streamlined take on the formula kickstarted by Gearbox’s Borderlands in 2009.

Thanks to Square Enix and fortyseven communications for the PS5 code.