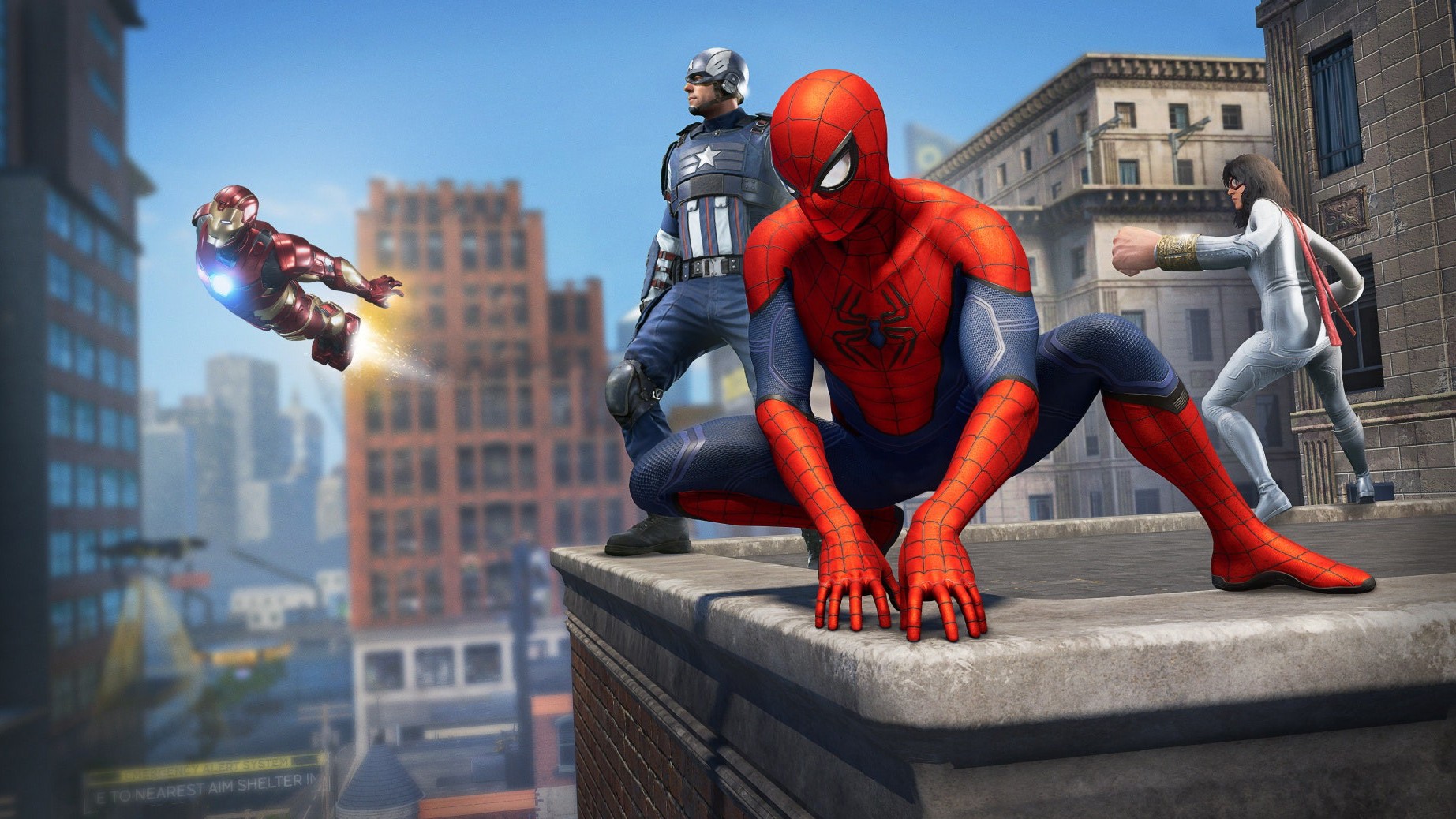 With No Way Home just around the corner, Marvel and Square Enix have found the perfect time to drop the long-awaited Spider-Man update for Marvel’s Avengers.

It’s hard to deny the game’s road has been troubled so far. After a worrying beta, it launched to middling reviews and a generalized rejection of its half-baked take on the looter genre. Yes, the campaign was good, but it only served as the prologue for a larger story that would be slowly told through updates and events under a “live service” model — this approach does work out for some games, but it typically needs plenty of post-launch fixes, tweaks, and substantial content updates. The fact Square pushed ahead with this difficult undertaking when using the world’s most profitable IP for the first time was kind of mind-boggling.

Sony and Insomniac’s PlayStation-exclusive Spider-Man games have proved (now twice) that you only need a good single-player experience to make the most of Marvel properties. Multiplayer titles based on Marvel characters have worked in the past, but it was an odd decision to kick off the Marvel-Square deal with an extremely expensive multiplayer brawler instead of something that actually took advantage of Crystal Dynamics and Eidos’ strengths. The latter proved a little over a month ago what they can achieve when working on something that fits their experience, so I’m guessing future Square-led Marvel projects will have more creative freedom and less market-driven choices moving forward. 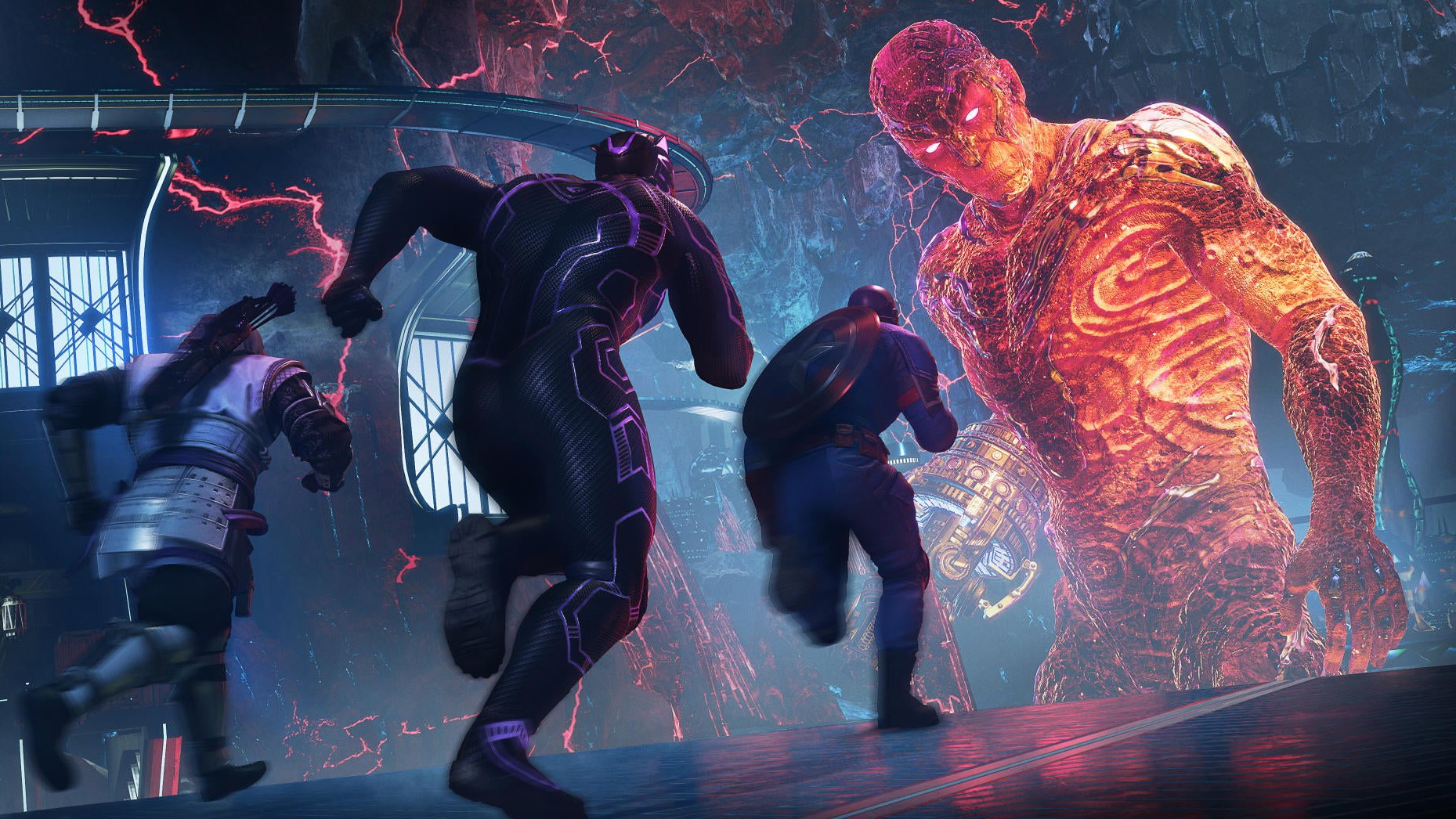 Now, over a year since its debut on last-gen consoles and PC (the free next-gen upgrade arrived in 2021), we should have already made peace with the kind of game that Marvel’s Avengers is. Reworking the looter-brawler into something else was a clear no-no after its disappointing launch, with post-release plans already locked and most of its systems and mechanics revolving around that central premise. Instead, CD and Eidos have worked hard on improving what was already there and adding new ARPG-ish content to support its gameplay loop for as long as possible. To be fair, I expected much less from Square Enix, but I guess that Disney and Marvel have put some pressure on them, much like they did with EA regarding Star Wars Battlefront II.

I fundamentally disagree with Avengers‘ core design choices. That’s not gonna change. Punching, kicking, and shooting at “damage sponges” in the form of robots and faceless goons isn’t very rewarding when I’m controlling superheroes. It takes me out of the setting. I love looters, I love Marvel, and I even loved the now-dead F2P Diablo-like Marvel Heroes, but this beat ’em up with excruciatingly long fights and random numbers peppered on top doesn’t do it for me. However, I must admit CD and Eidos have done a solid job with the post-launch fixes, tweaks, and, more importantly, substantial reworks. Moreover, the game has gained a dedicate, albeit slim, community who actually enjoys smacking endless hordes of enemies with their favorite Marvel heroes in short bursts of action-packed grinding. I can respect that, and I think Marvel’s Avengers kinda succeeds as a “toy box” of sorts; you have a bunch of action figures and a number of different playgrounds. The progression systems still feel underwhelming and tacked-on, but it’s something to work towards if you vibe with the immediate action the game offers. 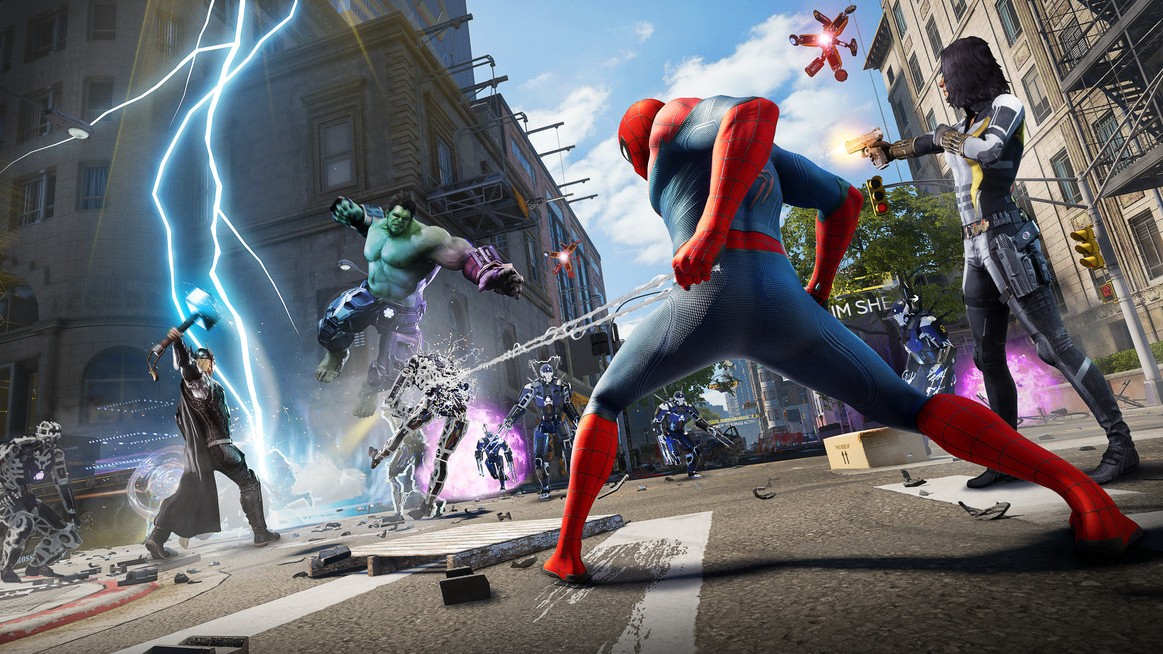 Spider-Man arrived yesterday on PS4 and PS5 as an exclusive character. He’s no Insomniac’s Spider-Man, but this incarnation of Peter Parker gets the job done. I was expecting the worst after a couple of bland previews, but he’s quite fun to use and feels very different from the rest of heroes. Sadly, the Spider-Man update doesn’t include a new campaign based around the character (unlike the previous ones), but there’s a narrative progression of sorts bundled in there. The dev team stated they didn’t want to spend too much time and resources on a piece of content that won’t be enjoyed by all the players, and that makes sense when you think about the game’s situation, but it’s also the result of coming up with substantial platform-locked content which makes more people mad than happy.

After the initial rush of excitement wears off (it’s always cool to see Spidey team up with the Avengers), you quickly realize that you’re still stuck playing the same game, only more refined. The biggest changes and additions in this latest update are actually related to the game’s progression, gear, and endgame content — its first-ever raid appears to be great. I think it’s a huge step in the right direction, but all of this won’t change how I or anyone feels about the game. As stated before, you should know by this point if you’re okay with Marvel’s Avengers or not. War for Wakanda was a huge improvement over Taking AIM and Future Imperfect, as it actually felt like something developed by the folks behind recent Tomb Raider entries, with rewarding exploration, puzzles, and platforming taking a more important position, but the game only escaped its fundamental limitations for a while. I might return from time to time to this Marvel-themed toybox if the team keeps putting out expansions like Black Panther’s, but it’s certainly staying out of my rotation of loot-centric timesinks.

Thanks to Square Enix and fortyseven communications for the PS5 code.