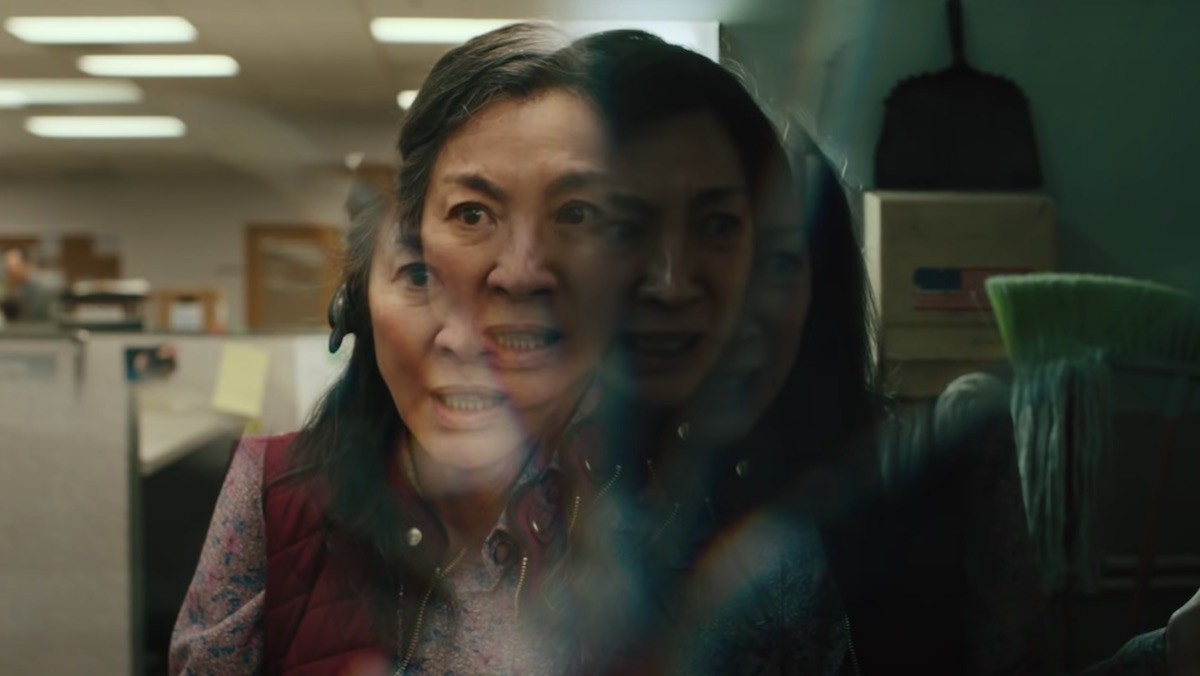 If you thought Swiss Army Man was weird, wait until you see the trailer for Daniels’ next film: Everything Everywhere All At Once, starring Michelle Yeoh.

A24 had been teasing this one for a while, and the first look at the loopy film does not disappoint. Also, this is impeccable timing, as Spider-Man: No Way Home (and the multiversal chaos) has taken over the Internet ahead of its debut in cinemas worldwide starting tomorrow.

Check out the amazing trailer for Everything Everywhere All At Once below:

The official synopsis is fairly straightforward, but don’t be fooled by it:

An aging Chinese immigrant is swept up in an insane adventure, where she alone can save the world by exploring other universes connecting with the lives she could have led.

The next film from Daniels (Dan Kwan and Daniel Scheinert) appears to be as crazy as everyone was expecting — I personally wouldn’t have it any other way. A24 is selling it as “an epic sci-fi/kung fu adventure,” and it seems like we’re definitely getting lots of that, but I also think Daniels are doing something entirely different here. I don’t fully get it, but I’m 100% on board.

If you’ve had the chance to sit down and watch Swiss Army Man (2016), you’re (probably) already excited for this film. If you haven’t, please do yourself a favor and experience that unique (and surprisingly emotional) ride. You might not like it, but I guarantee you haven’t seen anything like it before and won’t feel like you wasted your time.

The film stars Michelle Yeoh, Ke Huy Quan, James Hong, and Jamie Lee Curtis, among others. Yeoh is one of the most sought-after names in Hollywood right now — she has just appeared in Gunpowder Milkshake and Marvel Studios’ Shang-Chi, and has plenty of big projects lined up: Minions: The Rise of Gru, Avatar 3 & 4, The Witcher: Blood Origin, and a Star Trek spinoff series which still hasn’t taken off.

Everything Everywhere All At Once brings its madness to theaters on March 25.