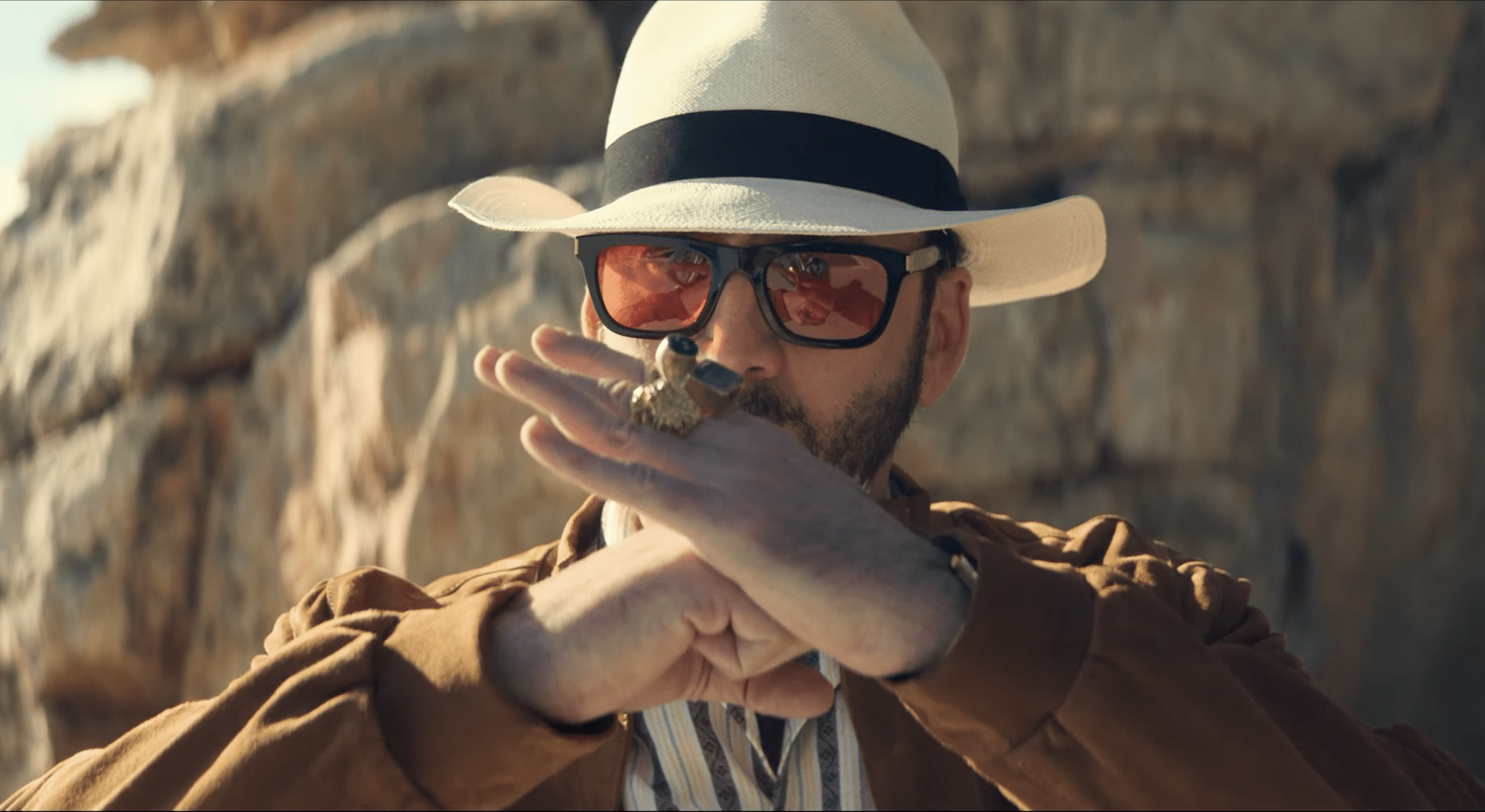 The most Nicolas Cage movie ever is right around the corner, and the promotional campaign has already started.

Yesterday, Lionsgate released the poster for The Unbearable Weight of Massive Talent (see below), and then Entertainment Weekly released an interview with the two protagonists. Today, the trailer finally came out:

Lionsgate has been having fun with the movie on Twitter too. Leading up to today’s trailer, they’ve been releasing pictures of famous movies with Nic Cage’s characters hidden in the backgrounds:

it's hip to be square pic.twitter.com/Xk5XVf2qOo

someone in the crowd… pic.twitter.com/PeGtXIAUiM

that second guard got there in the NICK of time. are you paying attention yet?? pic.twitter.com/wOpn1QlnyG

nothing can CAGE this detective. doesn't take benoit blanc to notice this one… pic.twitter.com/tH7oygTs09

“[‘Nick Cage’] is an invented version of Nic Cage. The character is feeling unfulfilled and contending with the rejection that can happen so often in the small town that is Hollywood. It’s not me. I’m feeling pretty good about things.”

“Javi has a wax statue of Nick and you think, ‘Oh, it might be awkward between a film star and a fan,'” says Cage. “But they’re both cinephiles, so they’re having wonderful conversations about The Cabinet of Dr. Caligari and Paddington 2.”

But the truth is that he is kind of playing himself, in a way. And at first, he was a little apprehensive about it. He said:

“He’s got the lanky long hair; he’s just constantly riding Nick about his career choices. I wasn’t too excited about the idea of playing myself, but when Tom sent me this script, Nicky reminded me a little of Jerry Lewis’ Buddy Love in The Nutty Professor. I always admired what he did with that movie. For me, Nicky steals the show.”

Tiffany Haddish is also in the movie, playing a CIA agent that has her own interest in Nick Cage’s trip to Spain. Tom Gormican, who co-wrote and directed the movie, told EW:

“Tiffany factors into the story once Nic has gotten to Mallorca, where the birthday party takes place,” explains director and co-writer Tom Gormican. “She ropes Nick into a CIA operation and the plot [proceeds] from there.”

Here is the poster for the movie: 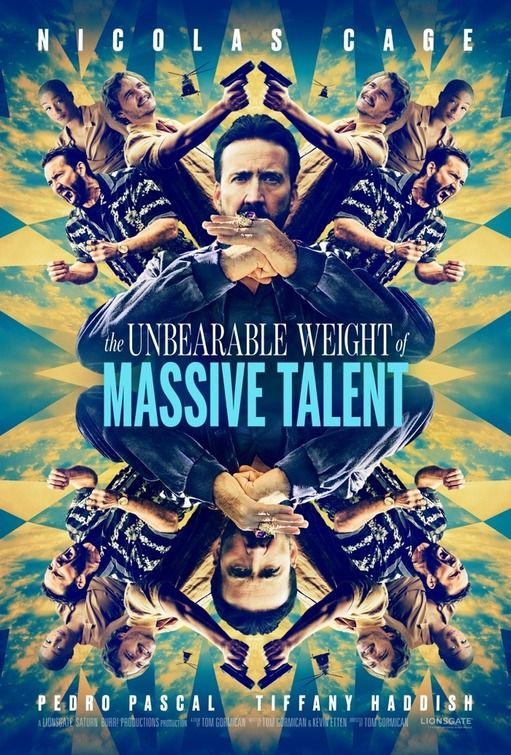 The Unbearable Weight of Massive Talent is directed by Tom Gormican (Ghosted) from a screenplay by Tom Gormican and Kevin Etten (Kevin Can F**k Himself). Kevin Turen, Kristin Burr, and Mike Nilon produced the picture. Besides Nicolas Cage and Pedro Pascal, who are the two main actors in the story, we also have Neil Patrick Harris, Sharon Horgan, Ike Barinholtz, Alessandra Mastronardi, Jacob Scipio, Lily Sheen, and Tiffany Haddish.