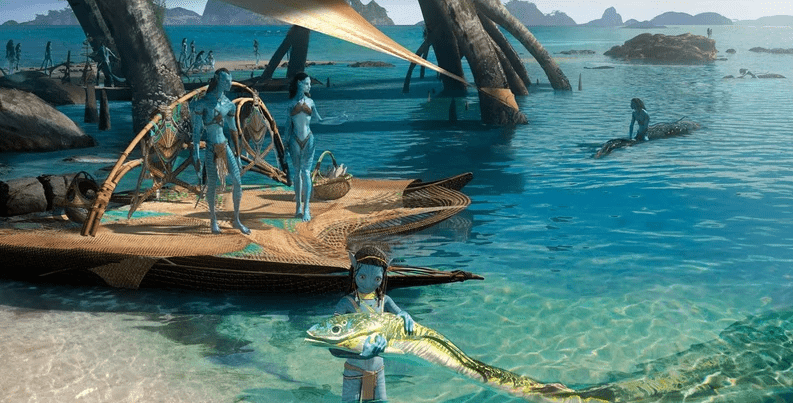 We’ve been hearing about the Avatar sequels for nearly a decade now, but 2 and 3 are finally in the can, and James Cameron is now teasing what’s coming in 2022.

While the first of the four planned sequels is still a year away, this isn’t the first time we get a generous look at art from the film. Unsurprisingly, this new piece focuses on Pandora’s shores and the all-new Na’vi tribe that lives near and in the ocean. Check it out in full detail below:

The picture arrives via Entertainment Weekly, who also had the chance to sit down with Cameron and get some juicy details, plus exciting brand-new production stills!

Filming on Avatar 2 started in 2017, with the third installment following right after. The story is set about 14 years after the original, which is a slightly bigger time jump than the wait we’ve had to endure in the real world: “Former human soldier Jake Sully (Sam Worthington) and Na’vi warrior Neytiri (Zoe Saldana) have settled down and started a family, and much of the film centers on their preteen offspring.”

We already knew that the story in the sequels would gradually shift focus to a new generation of blue-skinned alien heroes, and that makes tons of sense if you’re trying to build up a massive sci-fi IP that could go against Star Wars in the long run. Of course, the Avatar universe is much more contained, but we’re expecting it to grow exponentially with the sequels. Producer Jon Landau, who also teased an overarching story arc recently, doubles down on the idea of telling a universal story about family:

“Ultimately, the sequels are a story about family, and the lengths parents will go through to keep that family together and keep them safe… I always say that Jim’s movies have universal themes — and really, there’s no more universal theme than family.” 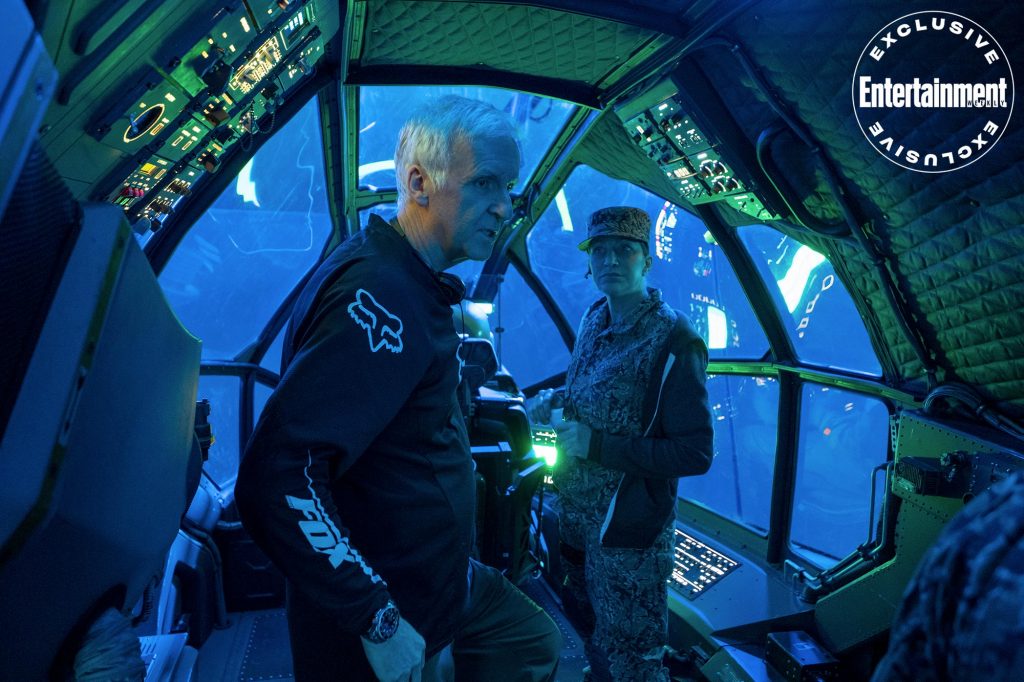 While details on the other two sequels, which haven’t been shot yet, are being kept under wraps, Landau and Cameron confirmed that Avatar 2 and 3 will mostly be “set in and around the ocean, introducing a new clan of reef-dwelling Na’vi called the Metkayina.” The choice to explore the oceans of Pandora was an easy one to make, as Cameron’s other (very expensive) hobby is journeying to the depths of Earth’s oceans himself. If you can’t remember, he completed a record-breaking journey to the bottom of the Mariana Trench in 2012.

“I do the ocean thing when I’m not making movies… So if I could combine my two greatest loves — one of which is ocean exploration; the other, feature filmmaking — why wouldn’t I?”

Cameron also explained in depth the challenges he and his team faced as the result of having a fair amount of the sequels set underwater — the innovative performance-capture process they came up with for the first installment wasn’t gonna cut it, so years have been spent perfecting both the technology and the technique. And even then, many of the cast members had to prepare for months and train with professional divers. Cameron says 72-year-old Sigourney Weaver, who has a “new” secret role after dying in the first film, could hold her breath for six and a half minutes, while new cast member Kate Winslet “blew everybody away when she did a seven-and-a-half-minute breath hold.” Now that’s commitment! 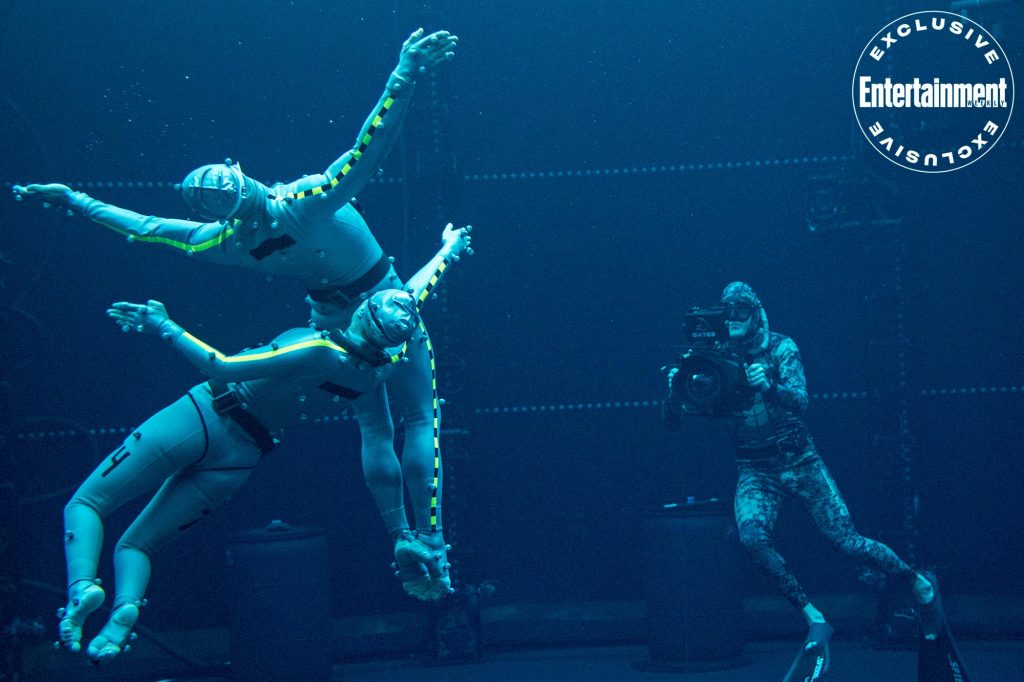 For now, the filmmaker and his (gigantic) team are focusing on finishing post-production on Avatar 2 while starting the process on the next sequel. Once (and if) solid box office numbers are in when the second entry opens on December 16, 2022, Disney-owned 20th Century Studios will move full steam ahead with 4 and 5… probably. Even James Cameron has to admit the film landscape has changed a lot over the last decade, and the post-pandemic world won’t make things any easier:

“The big issue is: Are we going to make any damn money?… Big, expensive films have got to make a lot of money. We’re in a new world post-COVID, post-streaming. Maybe those [box office] numbers will never be seen again. Who knows? It’s all a big roll of the dice.”

Avatar 2 only needs one third of what the original film made to become a massive success, and even less than that to be profitable for those involved, so this battle ain’t looking too hard to win, but you never know.