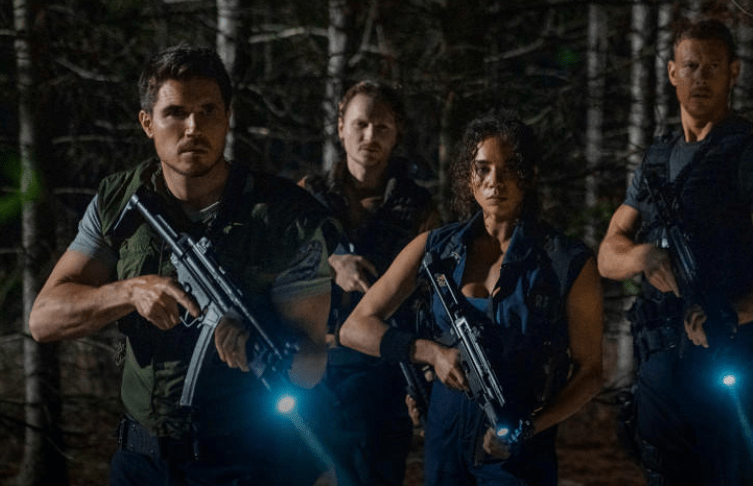 The live-action theatrical reboot of Resident Evil chomps on cinemas next month, but its first trailer has just arrived.

Director Johannes Roberts has been eagerly making the rounds for over a year now, almost single-handedly doing the entire marketing campaign for the new big-screen Resident Evil adaptation: Welcome to Raccoon City. This time around, the aim is to deliver a film that lands closer to the games than Paul W.S. Anderson’s poor efforts, which found an audience and spawned a profitable saga regardless of how much they were slammed time and again by critics and Resident Evil diehards alike.

In spite of the filmmaker’s activity on social media, fans got a first look only a little over a month ago, and despite the film’s slight delay, it’s hitting US screens next month, on November 24. So it was about time we received a first trailer to properly kick off a hasty marketing campaign. Check it out below:

This new live-action iteration of the famous video game franchise unsurprisingly is going for a schlocky B-movie feeling, which is pretty much half of the games’ DNA, paying homage to George A. Romero’s zombie films and going through most of the horror subgenres over the decades without ever losing sight of its pulpy roots. I’m guessing nobody in their right mind is expecting this to be A-tier cinema, but it could click very well with horror aficionados looking for something that knows how to have gore-soaked fun on a medium-sized budget without going extremely dumb and so-cool-it-stops-being-cool (looking at you, Anderson).

Johannes Roberts (47 Meters Down) wrote and directed the film, with a cast led by Kaya Scodelario (The Maze Runner) and Hannah John-Kamen (Ant-Man and the Wasp). They are joined by Robbie Amell (Upload), Tom Hopper (The Umbrella Academy), Avan Jogia (Zombieland: Double Tap), and Neal McDonough (Legends of Tomorrow), among others.

This film has nothing to do with Netflix’s live-action take on the IP which could debut next year, in case you were wondering.