Review: ‘Black Widow’ Looks Back To The Future Of The MCU

Natasha Romanoff’s legacy is one of endurance, and in her first solo movie, Black Widow survives the imposition of clumsy male handlers in and out of her diegetic world.

Black Widow might have been called The Crossroads. The primary female heroine of the MCU departs as the franchise embraces, finally, female empowerment. Natasha has never been more human than she is here, liberated from the male gaze and the role of the token female. None of that is underlined – well, some of it is – making the movie an understated exploration of women and families within traditional male power structures.

Spoilers from here on out. 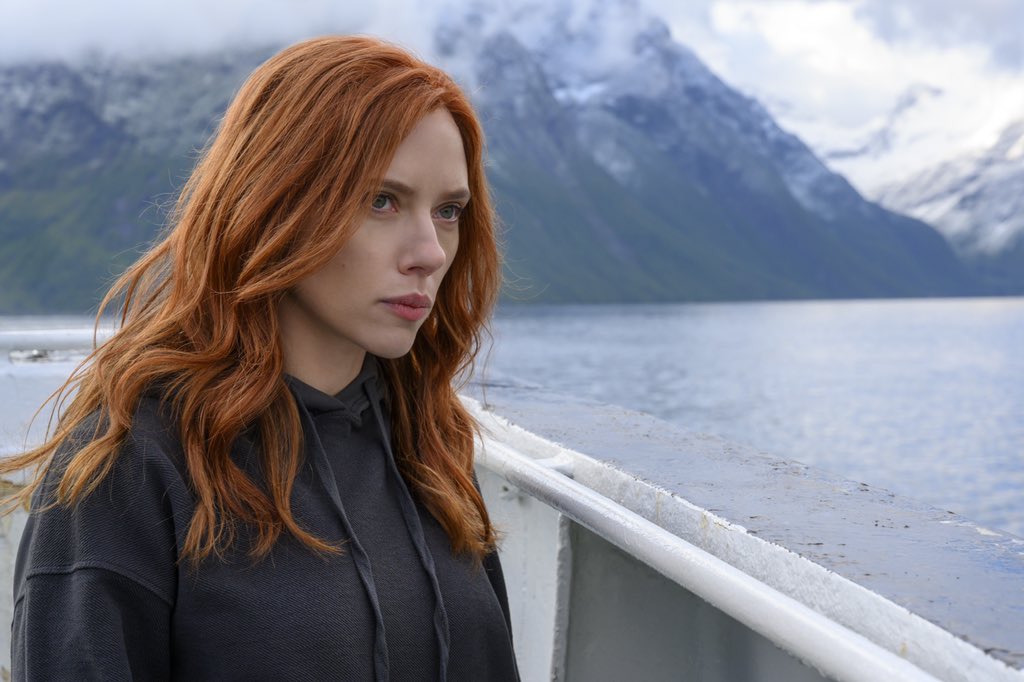 Black Widow is something of an anomaly at the moment at the MCU, through no fault of its own. The movie is a stylistic divergence from the cosmic bombast of not only Avengers: Endgame but the multiversal stakes of Loki, as discussed on The Movie News Network podcast. Black Widow is fundamentally about Natasha Romanoff; who she is; who she’ll be.

This movie takes place in the gap between Captain America: Civil War and Avengers: Infinity War, but it’s not filler to simply fill a slot on the schedule. Black Widow is fundamental to understanding who Natasha is and how she came to be, beginning with a disarming opening sequence set in 1995.

Fans discover that Natasha actually lived in Ohio for a period of three years, as a part of a super-secret Russian espionage ring that includes her younger ‘sister’ Yelena, her ‘father’ the Red Guardian, and her ‘mother’ Melina. There are strong echoes of The Americans here, somewhat less realized thanks to the post-Cold War setting. Their somewhat idyllic life is upended when her father executes his orders and burns their cover in a creeping action sequence that just keeps going. 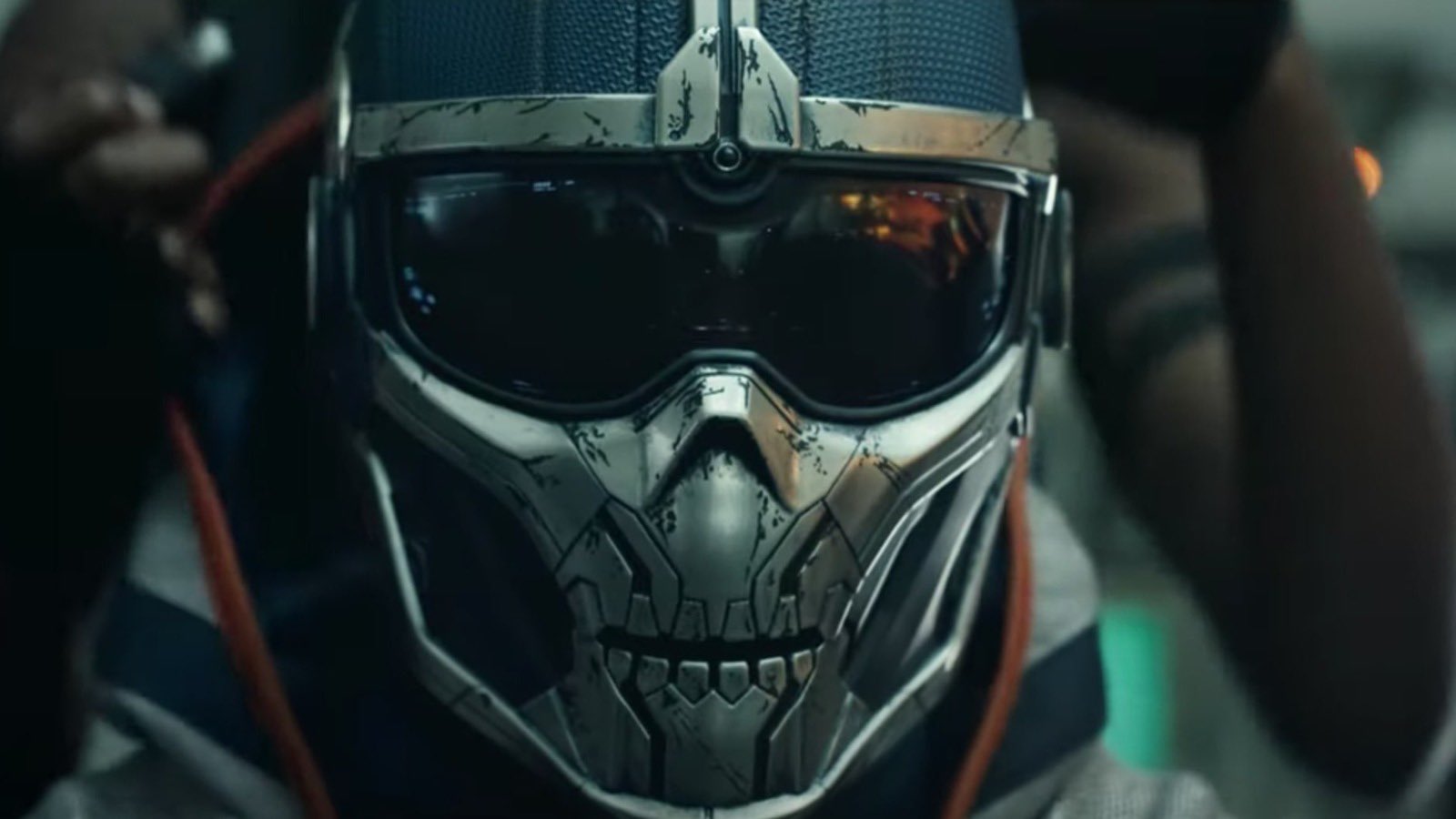 Director Cate Shelton does a fantastic job of distinguishing this movie from any other in the MCU by locating it firmly in the realm of the family drama. This eventually drifts into the world of the spy thriller, particularly John Wick or Atomic Blonde. The action scenes, especially the hand-to-hand fight scenes, are brutal, short, and much more realistic than any in the MCU so far.

The cinematography is also outstanding, as the movie hops from locale to locale, including Norway, Cuba, and Russia. Fans finally find out what went on in Budapest with Hawkeye and Black Widow – one suspects there was more to it than what we saw, given how glib about it she was in 2012’s Avengers – but it proves vital to the plot.

Natasha and her sister Yelena were dumped into the Black Widow program as children. The Red Room is orchestrated by Dreykov (Ray Winstone). Natasha believes the Red Room is destroyed and Dreykov dead from but that’s not the case at all. The Widows are still very active, including Yelena. It’s only by chance she escapes their thrall.

Florence Pugh is outstanding as Yelena, a Widow who did not escape the clutches of the Red Room. Unlike Natasha, she has zero filters and wears her emotions on her sleeve. She’s deadpan hilarious throughout the entire movie, making the most uncomfortable moments hysterical and providing an enormous amount of energy to what is a somewhat somber affair.

She discovers an antidote to the mind control of the Red Room and tries to reach out to Natasha with it, except Natasha has her own problems. She’s on the run, in violation of the Sokovian Accords in the immediate aftermath of Civil War. General ‘Thunderbolt’ Ross makes a cameo as he tries to bring her in, hopelessly.

Connections to the MCU are few and far between in the movie, certainly not on the scale of Loki. That works in the movie’s favor as the few connections are more emotional and resonant. Yelena wears a green vest that might seem familiar to MCU fans – it eventually becomes the one Natasha wears in Infinity War and a symbol of their bond. 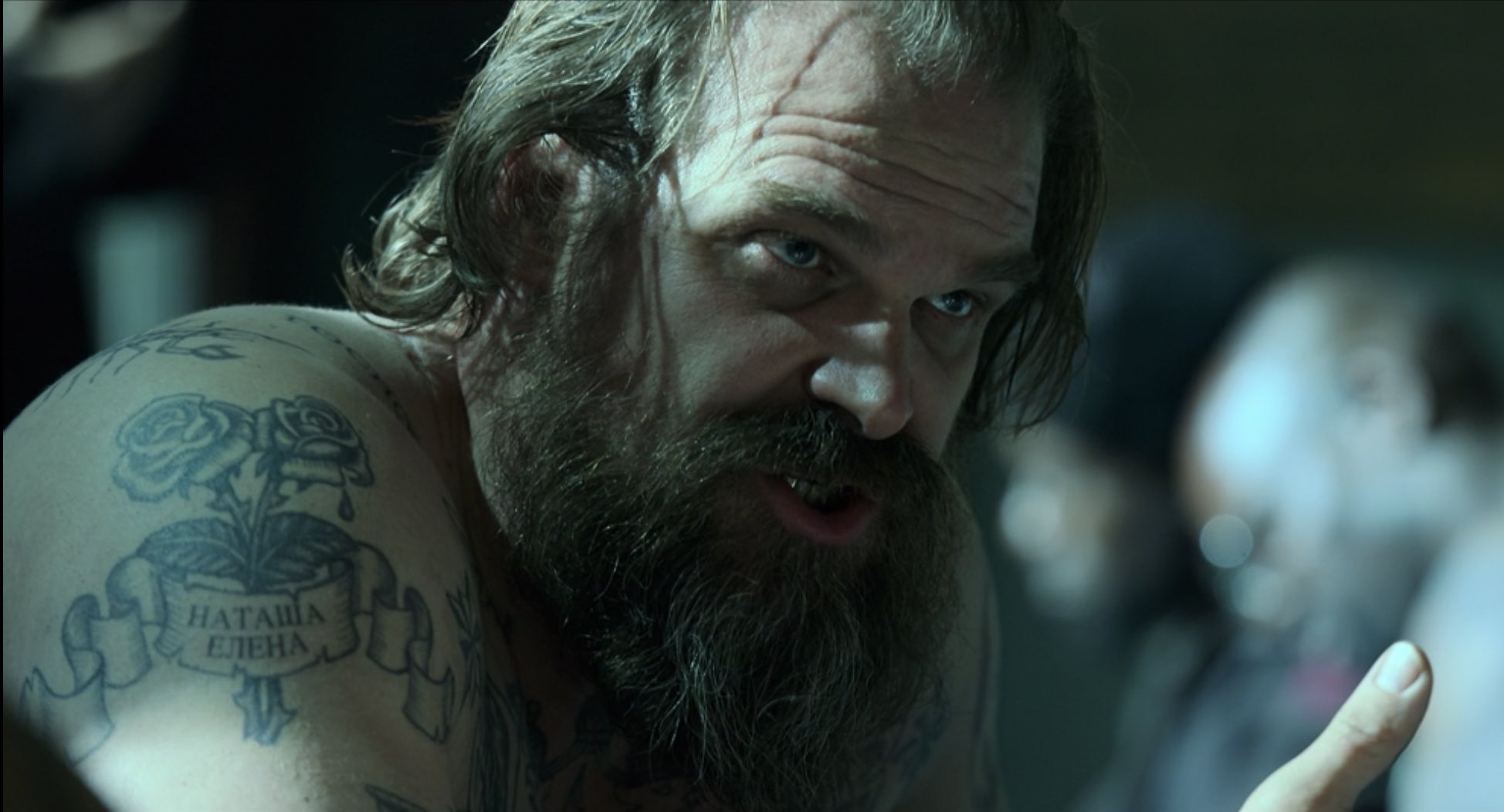 The two sisters come together to try and find the Red Room and liberate the other girls and women abducted into the program. This leads them back to their ‘parents’ and one of the best action sequences in the movie when the sisters liberate Red Guadian from a Siberian prison. David Harbour is annoyingly funny as the Red Guardian, a boastful super-soldier.

Red Guardian is well past his prime, barely able to fit in his suit, but he provides a lot of the glue of the family dynamic. Along with Melina, played by Rachel Weisz, the entire ensemble has tremendous chemistry that comes through in an electric scene at the dinner table in Melina’s house.

The strain of their false family – none of it was real – pulls on Natasha and Yelena both. Though Natasha was able to walk away, Yelena never was, and the strings of their complicated web are symbolized throughout in the tangled parachutes of the climax as well as the strand-like arms of Dreykov’s aerial fortress.

The climactic sequence is suitably huge for an MCU movie and takes some cues from James Bond movies, but isn’t perfect. The Red Room lacks a sense of dimension and place, cobbled together through a lot of CGI and some sets which are utterly disconnected in terms of style.

Another place the movie falls short is the depiction of The Taskmaster. The villain is notable in Marvel Comics lore for being able to mimic the abilities of any Avenger. The same is true here, but isn’t the character from the comics at all. Taskmaster is actually Dreykov’s daughter Antonia, played by Olga Kruleynko in an utterly thankless and somewhat unconvincing role. Natasha thought she killed Antonia in Budapest trying to take down Dreykov. Her survival isn’t exactly redemption for Natasha, though nothing really is.

Dreykov also isn’t a particularly interesting villain. He has a ridiculous Bond villain pheromone power that prevents women from attacking him. Natasha bashes her head in to overcome it and beats the snot out of him. Julie Delpy, the handler from Age Of Ultron, might have made a more compelling Big Bad. As necessary as it is to explore the ways men have exploited women, it’s equally compelling to untangle how women have been corrupted to do the same. The movie flirts with the idea in Melina and then abandons it.

The movie might seem inconsequential to fans of the MCU, especially given the enormous stakes of the recent Disney Plus series. But the movie is of extreme importance to understanding how Natasha arrives at where she does in the last two Avengers movies. She is determined to repair her family, whatever it takes.

This movie provides the emotional lynchpin for her destiny by looking backward. Black Widow is more than just a prequel taking advantage of an opportunity to give a swan song to one of the MCU’s iconic characters, though. It’s a glimpse into the future, when women are more than objects or accessories, and spectacle is secondary to character.

Scarlett Johanson has never been better as Natasha than in Black Widow, delivering a subtle performance that is nonetheless her most open and honest. Cate Shortland’s direction is stellar, and the sound design by Nia Hansen realizes the quiet eye of the storm in the MCU.

Black Widow delivers the final grace notes of a pivotal character, and a stepping stone to a future much more in tune than its past.