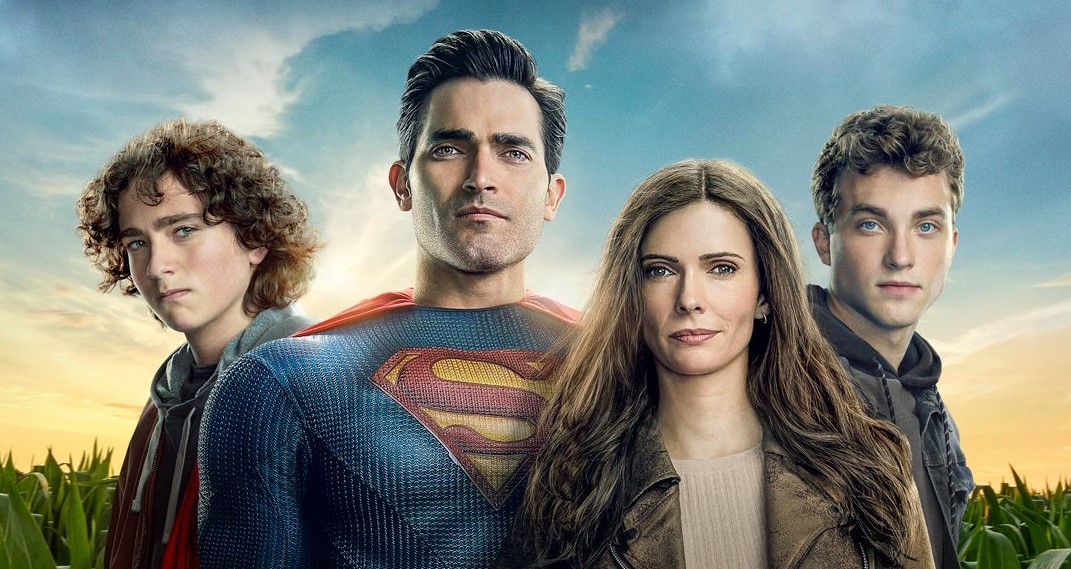 After the pilot debuted to rave reviews, catapulted The CW to its best primetime night in over two year and the largest day one streaming audience for a new series in the network’s history, it’s no surprise that Superman and Lois has officially been renewed for a second season.

Deadline reported the news on Tuesday, shortly before the second episode aired, noting that the renewal was one of the fastest for a freshman series in the network’s history. For comparison The Flash was renewed two weeks after it’s premier back in 2014.

In a statement The CW’s Chairman and CEO Mark Pedowitz said:

“The phenomenal multiplatform debut of Superman & Lois, which delivered for us in a big way on both a linear and streaming basis, is a testament to the creativity, hard work and dedication of the talented people who worked tirelessly in front of and behind the camera, especially in this challenging environment. We are thrilled to now have two brand-new bonafide hits in Superman and Walker, both of which have been renewed for next season along with 11 other of our shows, further positioning us for continued strength and stability for next season.”

In addition to Superman and Lois The CW has already renewed The Flash, Legends of Tomorrow, and Batwoman for next season, along with a pilot order for Ava DuVernay’s Naomi. Of their DC shows only Stargirl has not yet been renewed, but that is anticipated to come when the new season starts later this year. 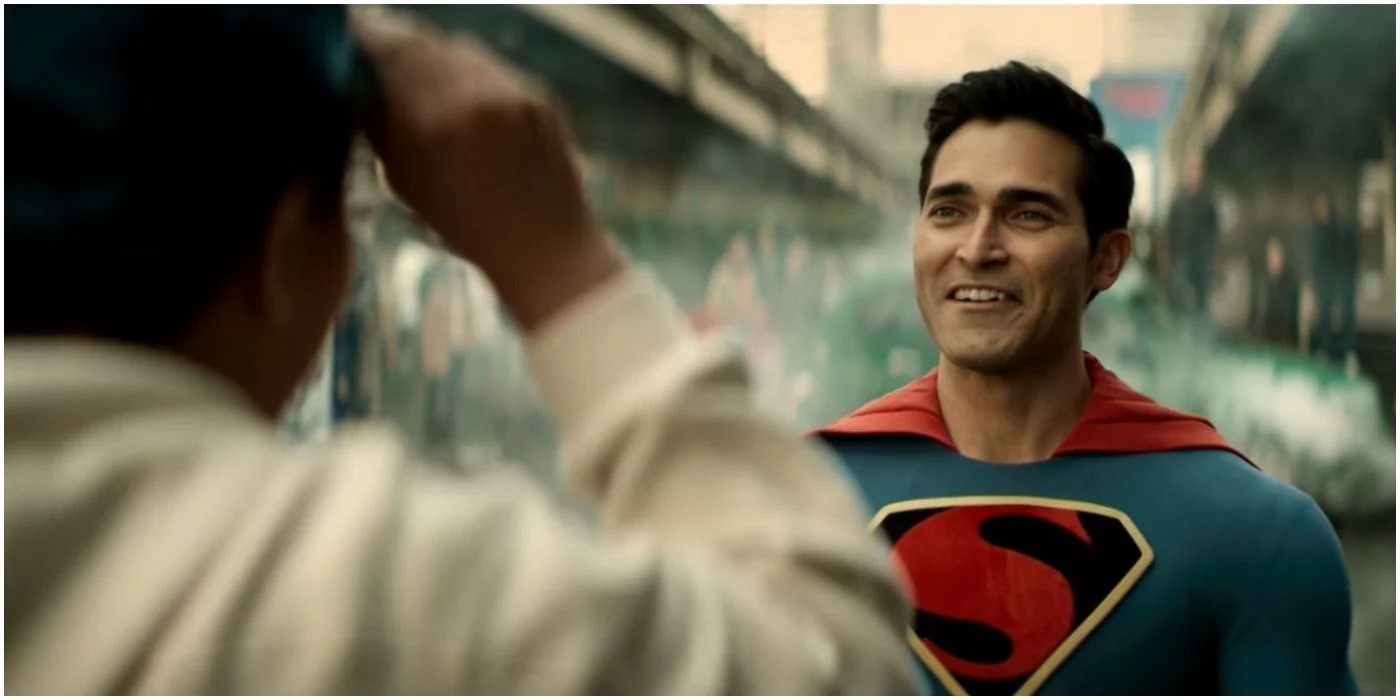 So what does a life long Superman fan make of this series? To put it simply, I love it. If the show keeps up this level of quality it could end up rivaling The Mandalorian for being my favorite series currently on TV.

That opening scene, with it’s loving homage to Action Comics #1 and the Fleischer cartoon inspired suit, was a perfect introduction to Tyler Hoechlin’s Superman and Elizabeth Tulloch’s Lois Lane whether you’ve seen them in their previous guest appearances or are meeting them here for the first time. In those first five minutes the show gave you the classic Superman origin, introduced the Kent family, and set up the status quo before moving into the first action set piece.

And speaking of action set pieces the visual effects in this show are fantastic. Part of me feared that this might just be for the pilot, but the second episode this week looked just as good. In fact I’d go so far as to say the confrontation between Superman and “The Stranger” looked even better this week than in the pilot. They may not quite be movie level, but they are leaps and bounds over what fans have come to expect from The CW. 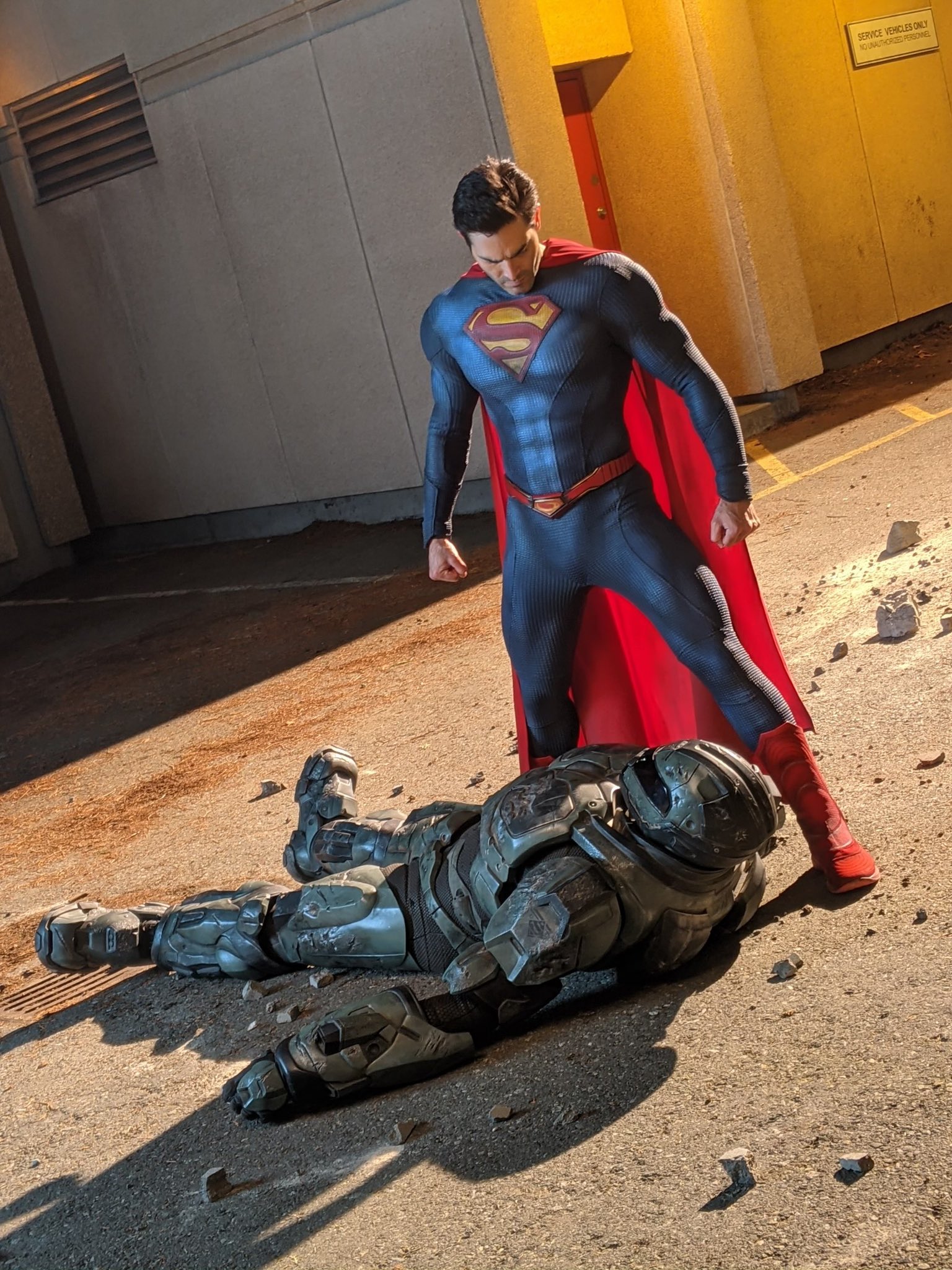 The entire look and feel of the show is different to the rest of the Arrowverse. The super heroics are used sparingly with the family dynamic as the focus of the show. The pace is slower, the tone slightly more somber, the colors a little more muted. On my first watch I loved the show but felt like I’d prefer a slightly more upbeat feel but that the tone worked for where the family is right now and still managed to feel hopeful. On re-watching (I’ve seen the pilot three times now) I grew to love it more every time and can honestly say I wouldn’t change it. The tone fits the show perfectly and, when we do get those hopeful and upbeat moments they feel natural and earned.

I’ve loved Tyler’s Superman since his first appearance on Supergirl way back in 2016, but he really impressed me here. There’s a big emotional moment near the start of the pilot and Tyler’s performance is just heartbreaking without speaking a word. 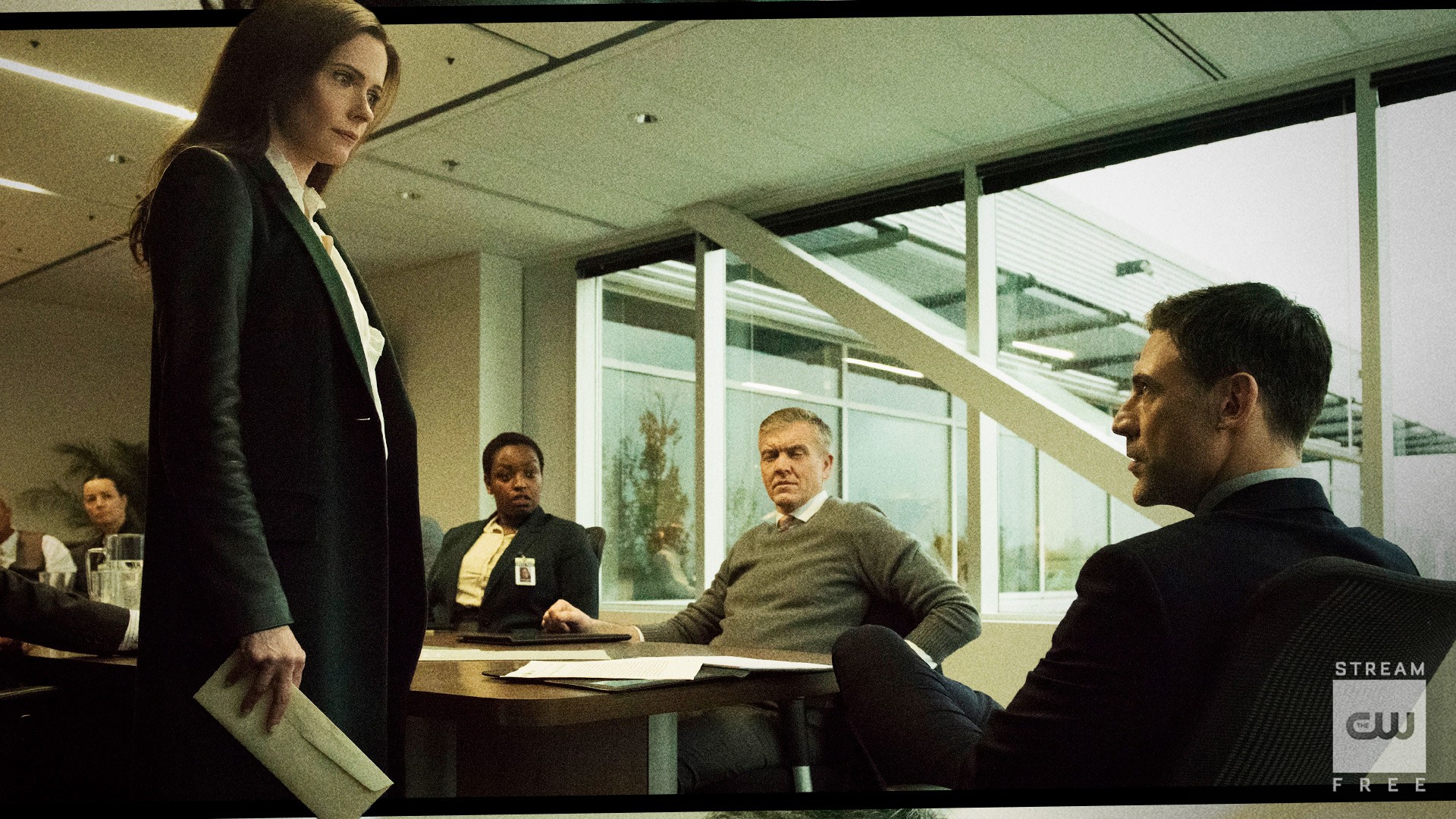 Elizabeth Tulloch gives an equally great performance as Lois Lane. Whilst the first episode favored Clark slightly over Lois, it did set up her story arc with Morgan Edge and she really came into her own in the second episode. Here was Lois Lane the journalist who fights for truth and justice every bit as much as her husband. Whilst Clark’s adversary this season is more fantastical, providing the super heroics we’d expect from the Man of Steel, Lois’ story with Morgan Edge feels timely and relevant to the world we live in today. Lois handing Edge “the best writing I have done since you’ve took over,” was one of the highlights of the episode for me and maybe one of my favorite Lois moments ever.

After being guest stars and cameos for so long, Superman and Lois is really giving Hoechlin and Tulloch the right material to really dig deep into their characters and I’m absolutely here for it. The relationship between Jonathan and Jordan (Jordan Elsass and Alex Garfin) is also well handled. With The CW there’s always the fear that they could be used just as a source of teen angst, but so far they’ve avoided that pitfall. They feel like brothers and, even when they beat on each other, you never doubt the bond between them. 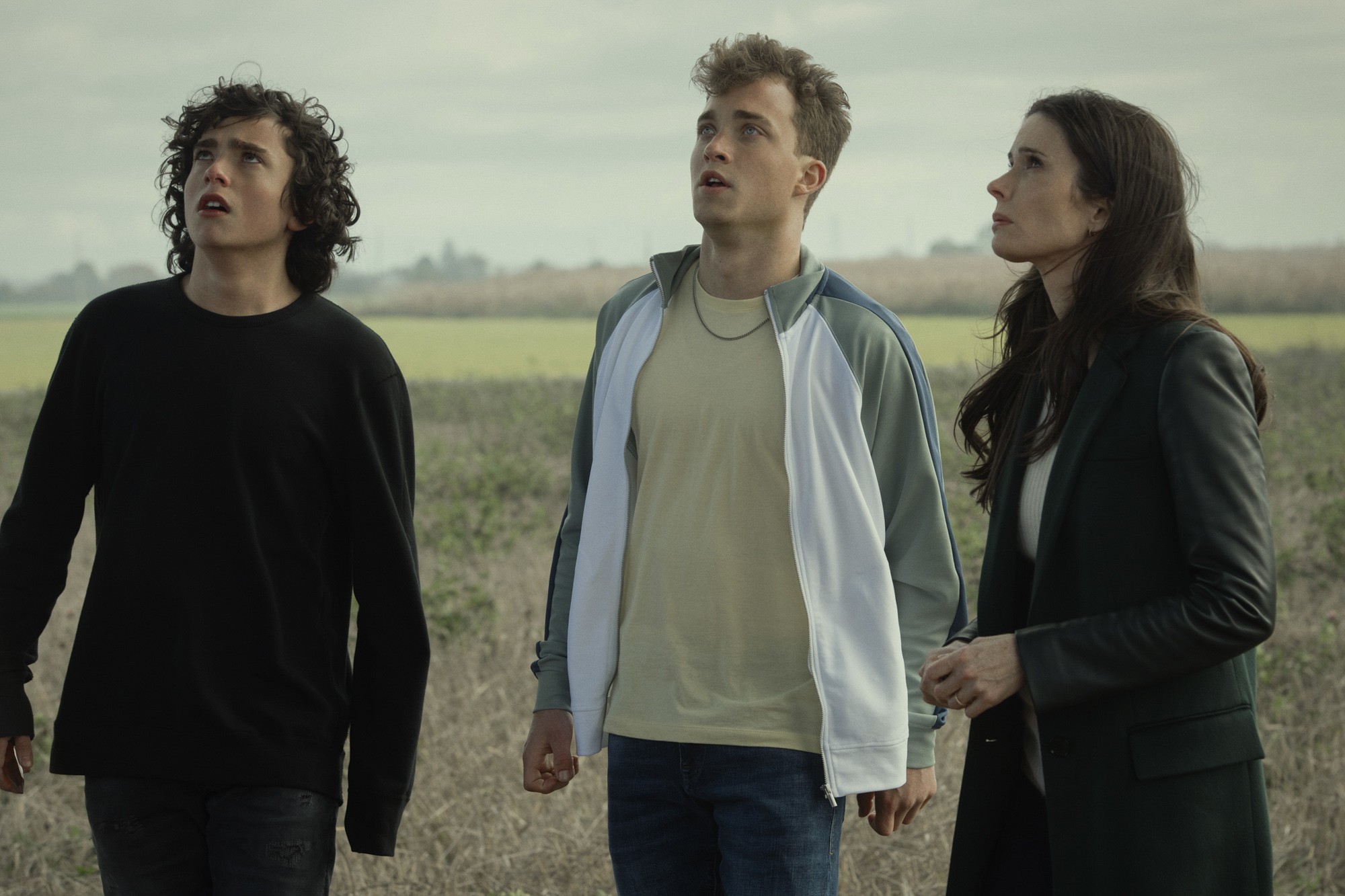 Erik Valdez as Lana’s husband Kyle Cushing also deserves mention. It’s a part that could easily be a one note caricature but the writing and Valdez’s portrayal have avoided that trope. For spoiler reasons I’m not going to comment too much on Wolé Parks “Stranger”, suffice it to say I have plenty of speculation on who he might be after his name was revealed at the end of the pilot and that scene at the end of the second episode. There’s clear potential for his character to develop in multiple ways over the coming weeks and I’m excited to see where they go with him and with Adam Rayner’s Morgan Edge as the series progresses.

Superman and Lois feels like it borrows from every era of the character to make something new and unique. There’s the charm of the Donner’s Superman, the aesthetics of Man of Steel, the wholesome family feel of some of the earlier seasons of Smallville. It’s all mixed in and combines to give us a show that truly feels like Superman whilst exploring a new era in the character’s life that we haven’t seen before in live action. If the series can keep up this level of quality it will be like having a character driven Superman movie every week. Superman is back!

Superman and Lois airs Tuesdays on The CW and can be streamed free the next day on The CW app.