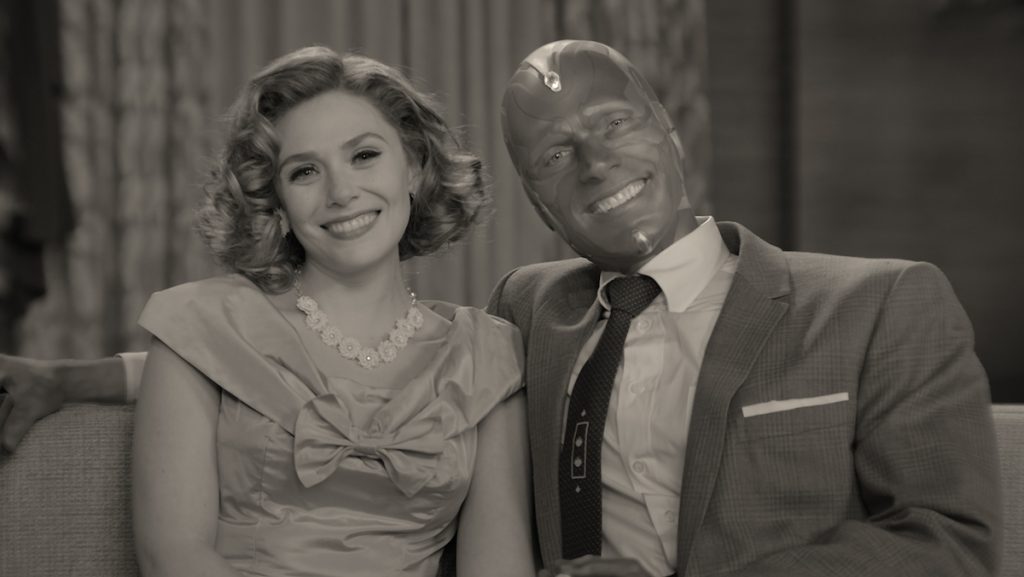 WandaVision is looking weirder and weirder as its release date approaches.

The Marvel Cinematic Universe stopped expanding in 2020, something that had not happened since 2009. While Phase 4 was supposed to start last spring with Black Widow, COVID-19 made that impossible, and that movie (along with Eternals) was pushed to 2021. Marvel Studios’ productions for Disney Plus, such as WandaVision, The Falcon and the Winter Soldier, and Loki, were also affected by the pandemic, and so we find ourselves jumping back into the MCU in January 2021.

Ahead of its January 15 debut, and after a full-length trailer back in early December, Disney and Marvel have released a slew of spots for WandaVision over the last few days, but today’s might be the meatiest yet:

The icing on the cake is the confirmation of original theme songs for the series, which will most likely replicate the style of different eras of television, much like the episodes themselves. Kristen Anderson-Lopez and Robert Lopez, who both worked on Disney Animation’s Frozen and Frozen II, have handled these songs. Yes, they are pulling out all the stops for this show.

We have also learned thanks to a press release that the series will run for nine episodes, making it one chapter longer than both seasons of Lucasfilm’s The Mandalorian. Disney Plus productions are seemingly aiming for quality rather than quantity, but it is nice to know they are letting the scripts breathe as much as they need to. While it appears that Loki might have a second season, nothing has been said about other Marvel series’ future, so expect most of them to be limited.