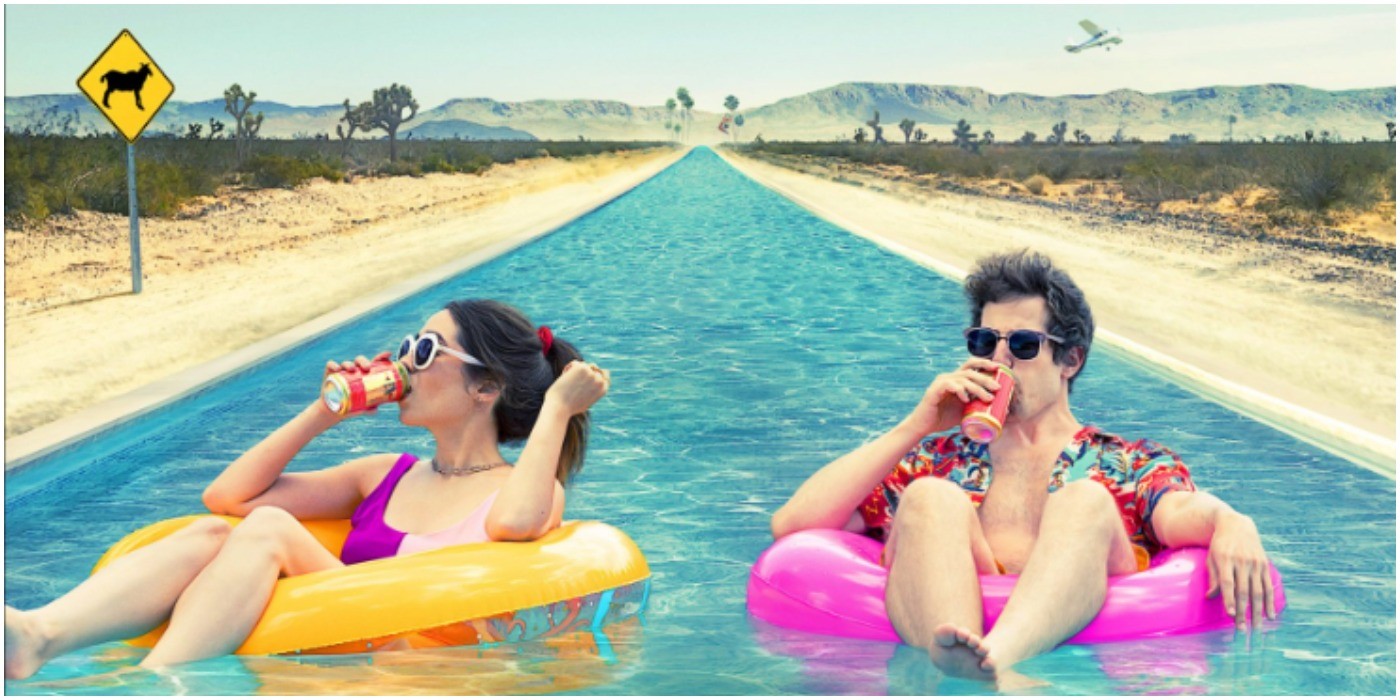 Palm Springs is about a lot of things, but how it will be perceived in the middle – let it be the middle – of a global pandemic is likely far different than intended. The Hulu original film about two people stuck in a time loop resonates with echoes of a 2020 that feels inescapable.

Palm Springs has to its advantage a number of things. One is the premise, familiar: characters stuck in a time loop. In this case, it’s Nyles, played by Andy Samberg from Brooklyn Nine-Nine. He’s at a wedding in Palm Springs but has been locked in the day of matrimony for longer than he remembers.

The second thing the film has going for it is Cristin Miloti, in another outstanding performance that fans of Black Mirror will appreciate. She plays Sarah, sister of the bride, who is spiraling for reasons we don’t really know. She meets Nyles, follows him into a strange cave, and is locked in the same loop.

Which brings us to the third thing. The movie leans heavily on the very well-trodden time loop premise forever defined by Groundhog Day. Palm Springs dispenses with the architecture of building the moments the film will reference later and launches immediately into the chaos the two loopers wreck in a day that will never end for them and carries no consequences.

This often hysterical, and often moving film gets right at the numbing monotony of living inside the confines of the same day over and over. Nyles has done it so long he’s just along for the ride, whereas Sarah, already feeling trapped in her life, immediately wants out.

The film has nothing to do with the pandemic, and when it was purchased for a record sum at the Sundance Film Festival earlier this year it was imagined as a fun, summer theatrical release. But as soon as the two characters start trying to make their new normal work, certain parallels are unavoidable.

The fear of being stuck inside, and of never escaping the situation they’re trapped in, infuses the entire film. Nyles indulges his vices, including beer, burritos, and some hysterical sexual adventures, while Sarah just wants to get as far away from her mistakes as she can. 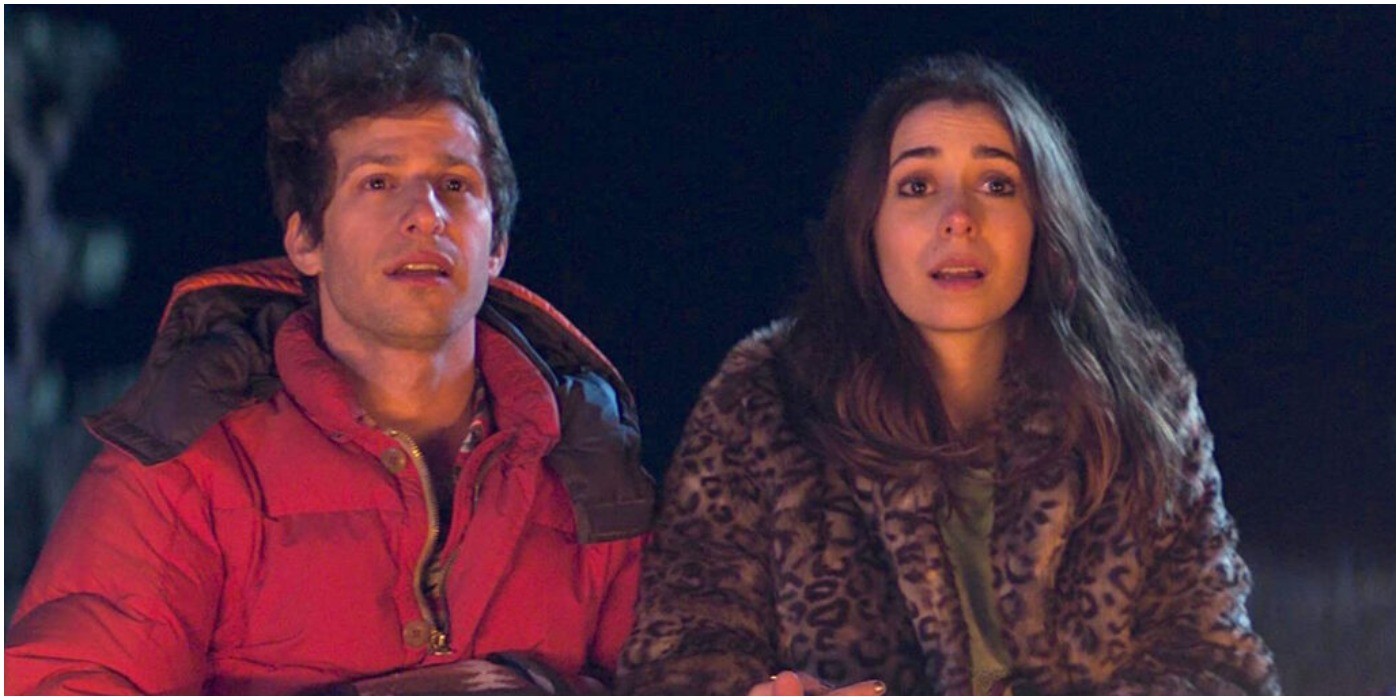 Palm Springs is about a lot of things. The monotony of modern existence. The trappings of relationships. Life during a shutdown. Mostly it’s about Sarah, a person who wants to be known, who meets someone who does not want to know anything more.

Sarah and Nyles are in some ways ideal for each other. They’re similar people, but approach things different enough that they tend to make up for each other’s deficits (she takes charge, he doesn’t hold her to her mistakes). But the cave both face lies between them.

Life during a pandemic in which much if not all of ordinary life is suspended requires wisdom, patience, and endurance. In many ways, Nyles advocates all of these. He’s been through the loop enough to take away a relaxed perspective about the limits of his life. 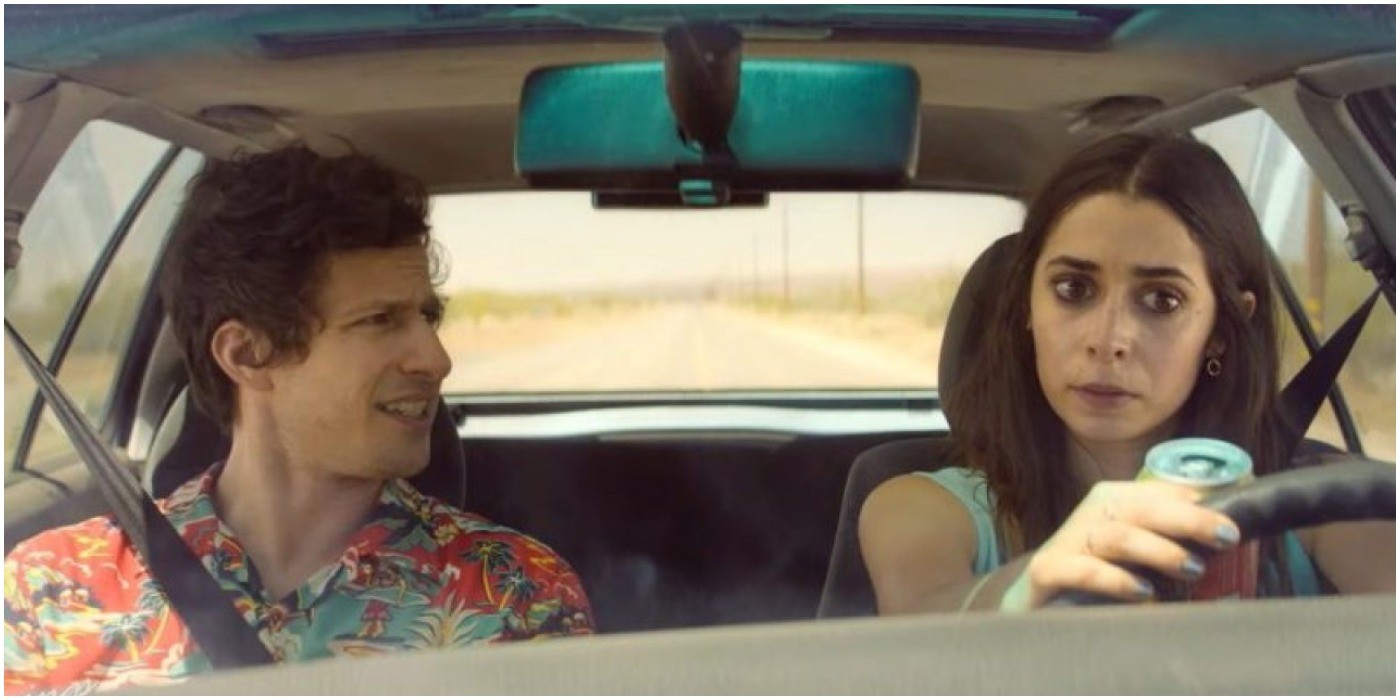 On the other hand, he’s completely irresponsible. Nyles takes no care with himself or anyone else, and because there are no consequences, he does whatever he wants. When he drags Sarah into his situation, reality finally starts to sink in. The truth is, he had already done it before with someone else.

He’s let off the hook a little bit by the fact that it’s a romantic comedy. It’s a very good one, but it requires the couple to be together at the end of the movie. This undermines the story a little, and Sarah in particular, who literally and figuratively achieves escape velocity.

Is life better with someone else? Does it matter who it is? Does anything matter at all? These are all questions the movie asks but provides no real answers. The time loop is a pandemic; it’s a marriage; it’s life, writ large, all of which carry the same risks and rewards. 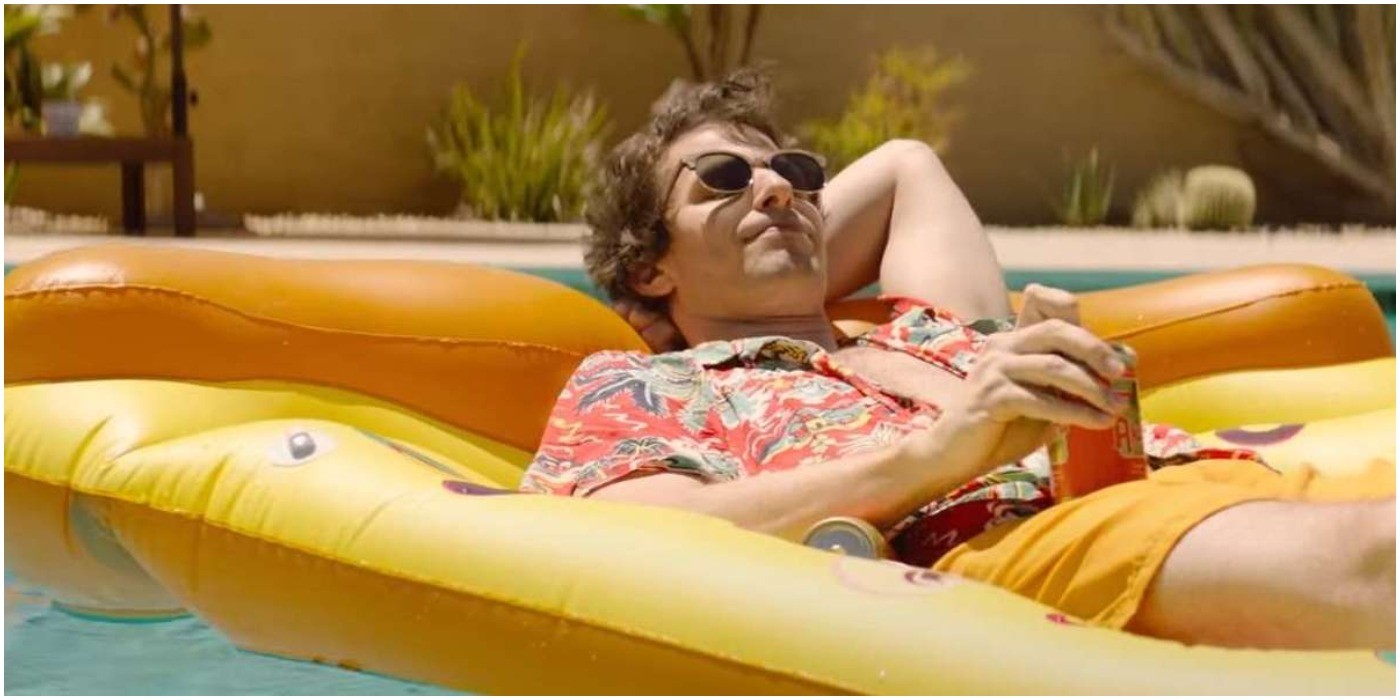 The movie wobbles a bit in the back nine, as it tries to negotiate a sub-plot involving the always awesome J.K. Simmons. What could have been a gonzo runner involving another looper more or less crumbles as the film focuses on the couple. Even then, it separates them for a while.

Sarah goes basically into hiding and reads up on quantum physics enough to theorize an escape from the loop. The movie becomes less about valuing what a person has, which is where stories like this tend to go, and advocates more for simply the freedom of living.

Sarah’s agency and self-realization would seem to put Nyles and is self-indulgent behavior in the rear-view, but the film gives him a last-minute change of heart. 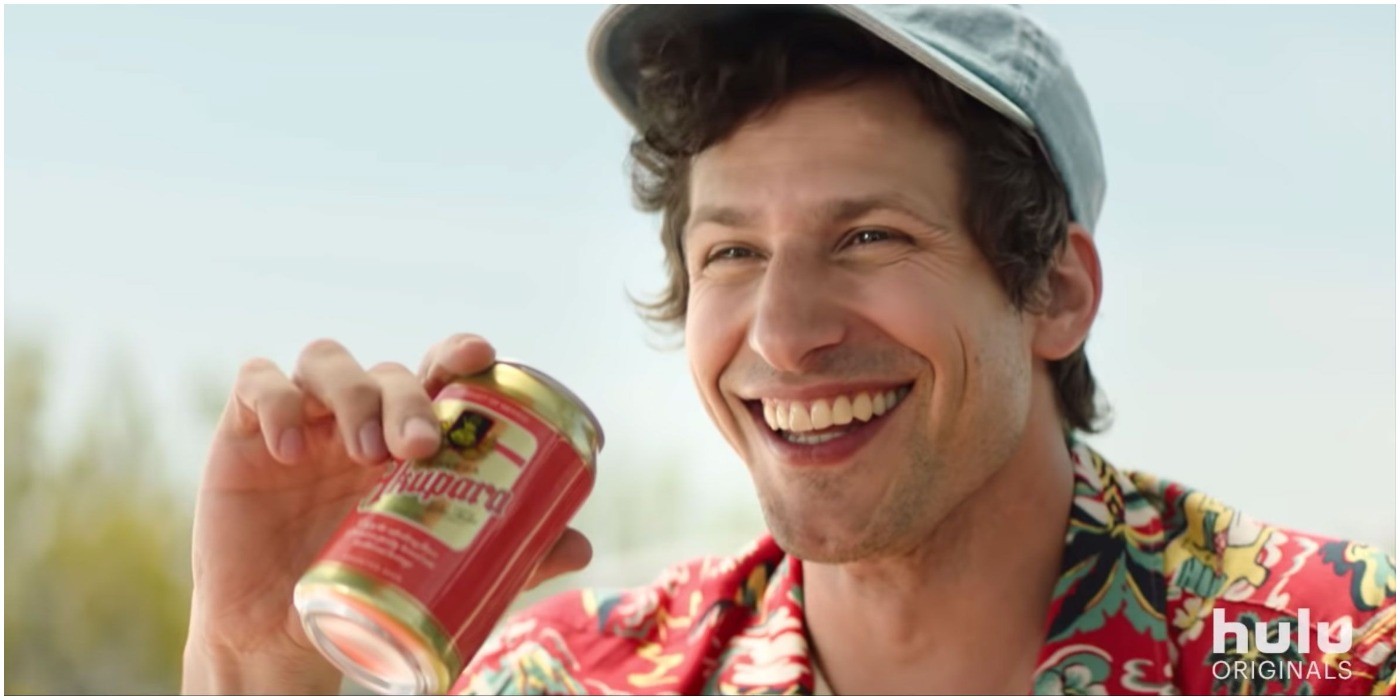 The pathos in the movie comes from the understandable tension between Sarah’s desire to learn, and just wanting to give in, as Nyles does. On one hand, he’s got it all. He wakes up every day regardless of whether he dies, and he’s got money, food, booze, and assorted sexual partners to keep him company.

On the other, Nyles has nothing. Nothing accumulates and nothing advances, except Sarah, whose investment in knowing as much as she can about the predicament she faces eventually saves them both. There are lessons in the movie for relationships and just life.

Palm Springs eventually escapes its own genre by committing to the idea that change is more than possible, it’s inevitable. Well. That’s one interpretation of the ending (stick around for the credits). While the end result is a little imperfect, it’s a fantastic, funny, and worthy way to spend an evening indoors.

As opposed to, you know, a movie theater.