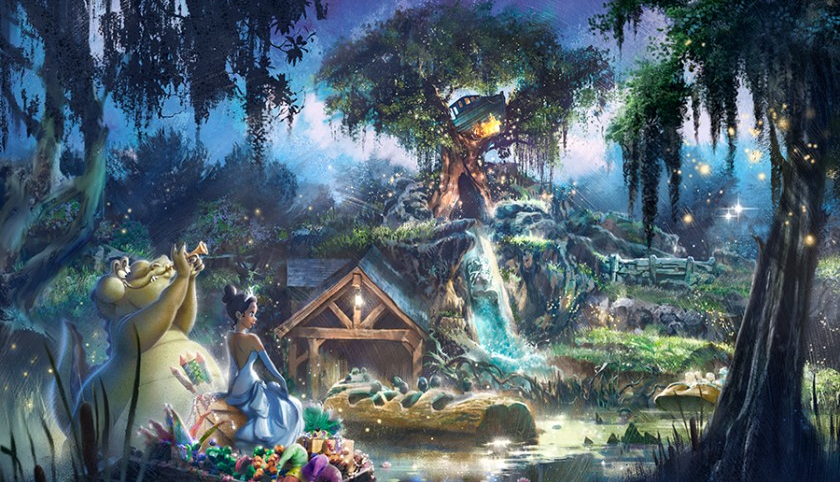 For years, the Splash Mountain attraction at Disney’s theme parks has had characters from Song of the South featured within it, in spite of Disney’s refusal to redistribute the controversial film. Now, Disney has finally decided to rework the ride to include characters from The Princess and the Frog instead.

The original attraction was based on the animated sequences of Song of the South, which featured Br’er Rabbit and other folktales. Although the film was one of the first to feature African American actors in leading roles (including James Baskett and Hattie McDaniel), the film has been criticized in subsequent years for having tone-deaf qualities and glossing over the struggles of African Americans. In light of recent events, it’s become clear that Song of the South has become a symbol of an unenlightened past, so a change has been deemed necessary.

Today, Disney has announced that they will be repurposing the ride at Disneyland and Walt Disney World to now draw inspiration from The Princess and the Frog, a film featuring the first African American Disney Princess, Tiana. That movie focused on a young woman’s efforts to open a restaurant in Louisiana during the Roaring Twenties, along with her misadventures of being turned into a frog alongside a rebellious prince. The unlikely duo then go on a journey of self-discovery in their quest to become human again. The move also makes thematic sense with the park in that the Disneyland version of the ride will be set near the New Orleans Square area, and The Princess and the Frog takes place in the city and the swamps of Louisiana. The ride serves as a sequel to the film, in which Tiana has returned to her human form and is now preparing for her restaurant’s first-ever Mardi Gras celebration.

The change was reportedly already underway prior to the recent protests, but Disney’s goals of implementing the changes were stalled by the shutdowns necessitated to contain the spread of COVID-19. As it stands, there is not word if these changes will be applied to Tokyo Disneyland, the only other place where the attraction is available.

The Princess and the Frog is available to watch on Blu-Ray, DVD, and Digital formats, and is streaming on Disney+. Conversely, Song of the South has not been widely distributed by Disney for years.

Tags: DisneyDisney WorldDisneylandSong Of The SouthThe Princess And The Frog