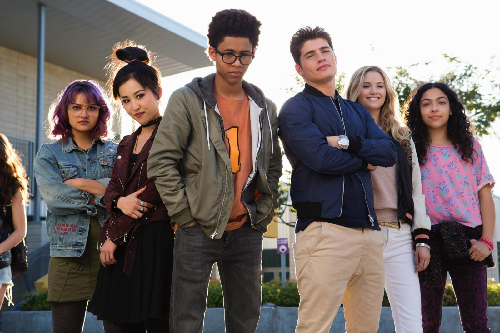 Marvel and Hulu have put together another trailer for their third season of Runaways, which will feature a new antagonist (Morgan le Fay) and a crossover with the lead characters of Freeform’s Cloak and Dagger.

The new trailer was revealed during a dedicated New York Comic Con panel to Runaways, which was Marvel TV’s only significant presence due to a lack of announcements on Helstrom and the recent decision to not move forward with Ghost Rider. (The only other announced Marvel series that was discussed at NYCC, the documentary called Hero Project, is being handled by a separate division.)

The new series also looks darker, with several of the major characters appearing to give in to their darker impulses, especially Nico. The series also looks considerably more action-packed as the young superheroes continue to fight their powerful parents. The climax of the trailer features the long-promised crossover with Cloak and Dagger‘s superhero teens Tandy Bowen (Olivia Holt) and Tyrone Johnson (Aubrey Joseph) arriving on the scene. Are they here to help the Runaways or fight them? (A third season of Cloak and Dagger has yet to be announced, but hopefully the fact that the first two seasons are running on Hulu will expose the series to new viewers.)