The first official image has been released for Crisis on Infinite Earths and it is super! After Legends of Tomorrow star Brandon Routh teased his return yesterday with a classic silhouette, The CW have officially revealed his Superman.

First announced at SDCC this summer, Crisis on Infinite Earths will see Routh returning to his first super hero role as he portrays an older Superman in the crossover event. Unbuttoning his shirt during the Arrow panel, Routh revealed that his new look would be inspired by the DC Elseworlds series Kingdom Come, which saw an older Superman come out of retirement to confront the increasing violence of the next generation of heroes. And the suit revealed today certainly doesn’t disappoint! 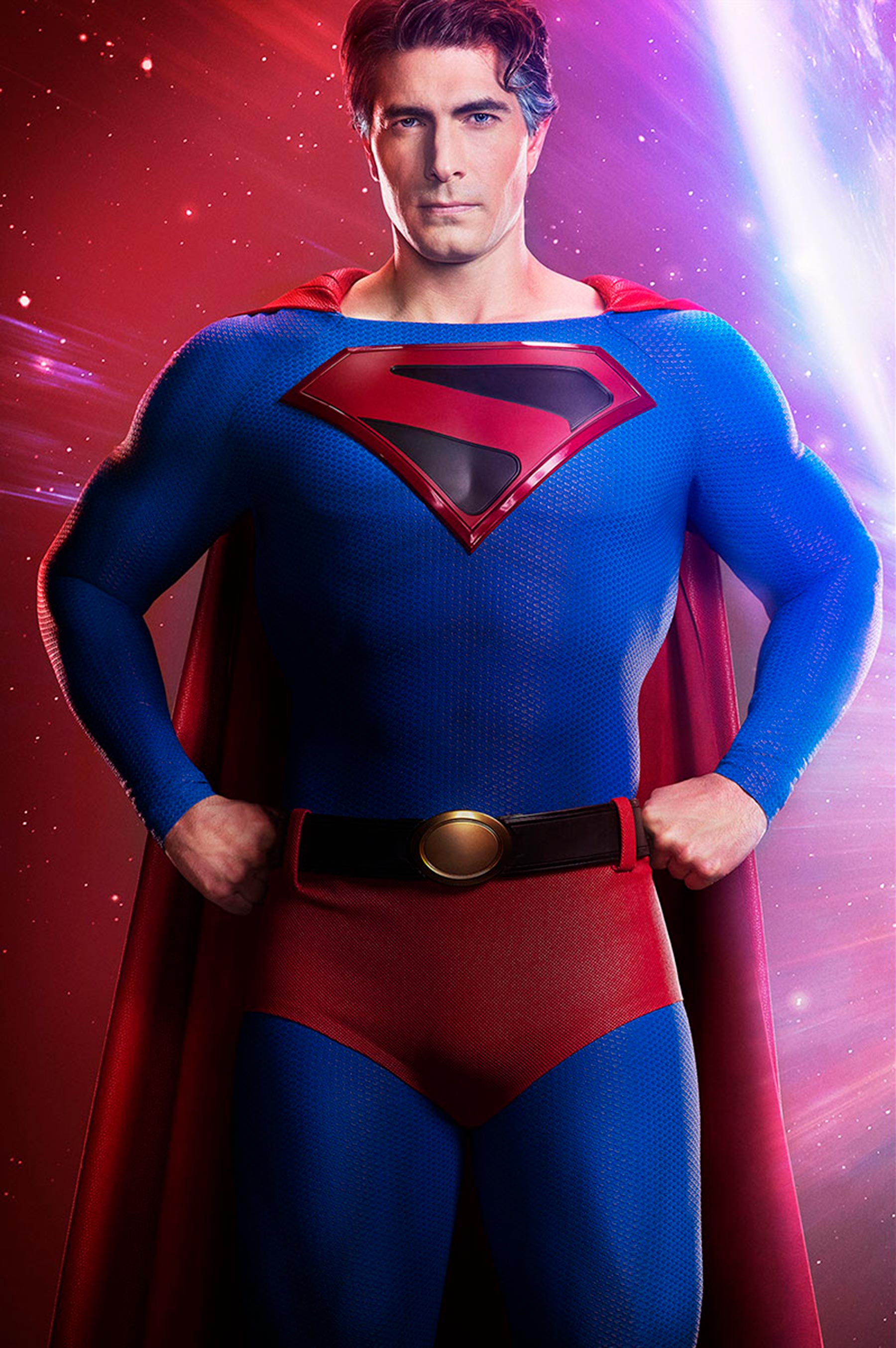 The suit is the perfect balance of classic comic and Routh’s own suit from Superman Returns. It takes the more textured material and raised S of the Returns suit, and then fixes many of the criticisms fans had with the 2006 look. A wider neckline, classic trunks, a lighter and brighter fabric for the cape, and a larger S shield. Then completing the Kingdom Come look with the black belt, iconic S design, and the gray in Routh’s hair.

In addition to the official image, Routh shared another look on Instagram. Quoting his final line in Superman Returns and thanking everyone involved in bringing his Superman back as he mimicked Superman’s pose from the cover of  Justice Society of America #10, where the Kingdom Come Superman met the main DC Universe and briefly joined the JSA in a story set during the original mini series;

“… I’m always around.” #CrisisOnInfiniteEarths #Superman @thecw @warnerbrostv @dccomics An amazing team put this together! Thank you to @vaxcodsng for leading the charge & design, Rory (and team) at #HargateCostumes & Jose (and team) @ironhead_studio for building the suit, Mauricio @westerncostumecompany for the boots, @redheadtattoos for the hair, #AmandaMcGowan & @tiarae9 for makeup, @thealexrossart for the artistic inspiration, and lastly @marcguggenheim for being crazy enough to pull this all together. 🙏🏻

I’ve always thought that Routh, like Cavill, could have been a fantastic Superman and had a longer run as the character if given different material to work with, so I’m absolutely delighted that he’s getting this chance to, as he told Entertainment Weekly at SDCC, “say hello and goodbye to the character in a way I didn’t get to the first time.”

I can almost hear the John Williams music already.