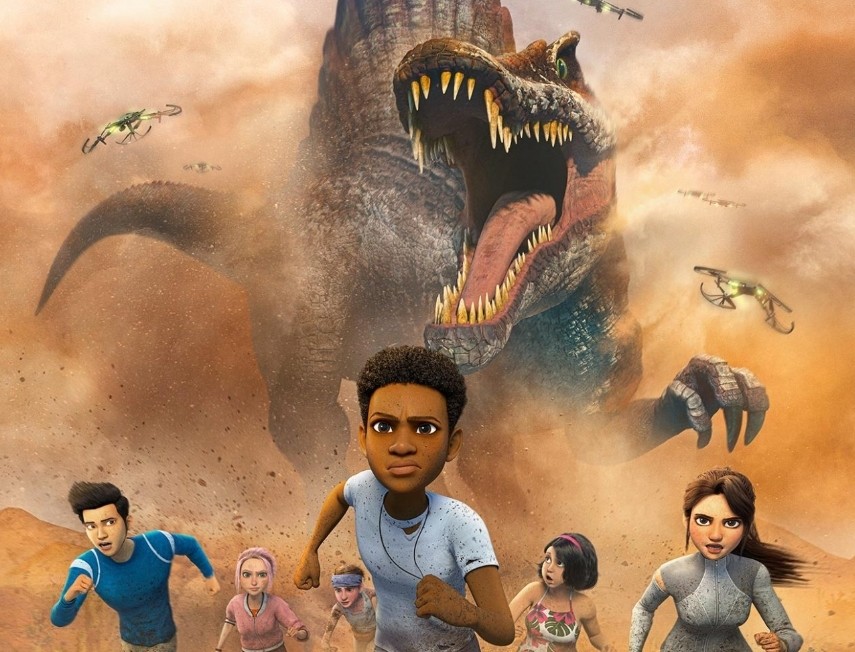 The Netflix-distributed animated series that surprised Jurassic fans last year has already debuted two seasons in 2021, probably due to DreamWorks Animation’s tradition of working on big chunks of shows and then cutting them into pieces. It’s a model that has worked well in the past for the streamer, Universal, and DreamWorks. And, surprisingly, the quality of this show has only gone up since Season 1 — the second installment was surprisingly dark at times, and Season 3 felt like the most tense animated series for the whole family in ages. Furthermore, Steven Spielberg, Colin Trevorrow, and everyone currently involved in the Jurassic World franchise is treating the show like an important, 100% canon extension of the story told by the films.

Today, Entertainment Weekly has debuted a first look at Season 4, which hits early next month and promises to take the show in exciting new directions.

SPOILERS FOR SEASON 3 AHEAD 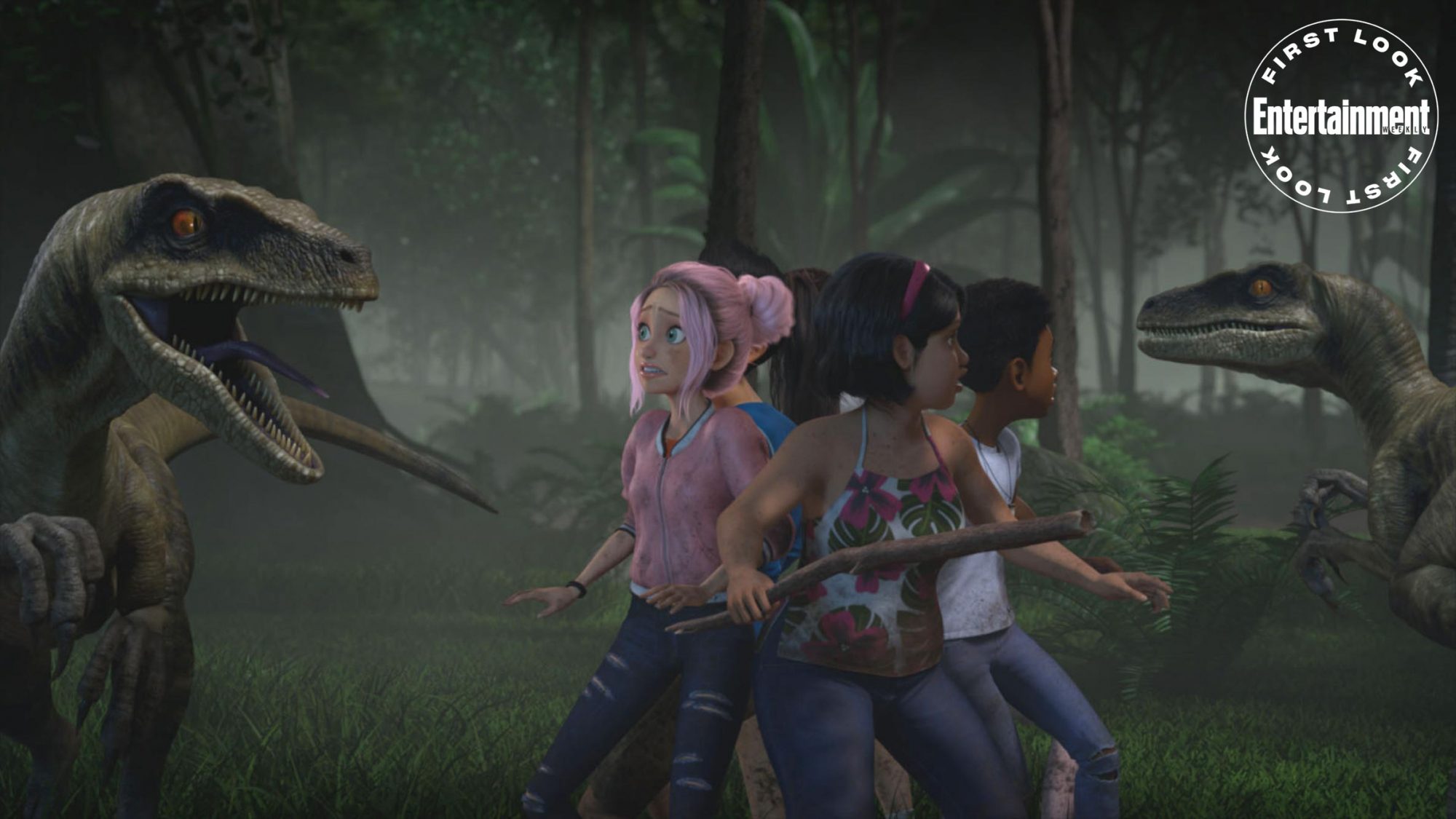 So far, the key events in the Jurassic films have taken place in two islands of The Five Deaths archipelago, plus a bit of American mainland during the final act of The Lost World and the second half of Fallen Kingdom. That’s about to change with next year’s Jurassic World: Dominion, which is going all-out with a world where dinosaurs roam free in some areas and are being used (and created) by more companies than just InGen. “Humans and dinosaurs are now gonna be forced to coexist,” as Ian Malcolm stated in the final moments of Fallen Kingdom.

Season 3 of Camp Cretaceous ended with the kids finally leaving Isla Nublar after repairing a boat, only to end on yet another cliffhanger — a dino of some kind seems to be locked in the boat’s galley. However, the Season 4 trailer released today makes things more terrifying for the campers, as Jurassic World’s massive Mosasaurus — freed during the prologue of Fallen Kingdom, which coincides with the final episode of Season 3 — trashes the boat. And that’s not all…

Yup, nearly every fan expected the show to take the action to Isla Sorna next, but it seems like the detour the creators are presenting is even wilder: an entirely different island with lots of unsettling technology that’s been set up for unknown reasons. Thankfully, showrunner Scott Kreamer had some big answers for many of our questions in Entertainment Weekly‘s interview:

“I don’t want to get too spoilery, but it is not Isla Sorna and it is not one of The Five Deaths… This is an island previously unseen in the Jurassic canon… The kids, basically, are gonna have to figure out what the heck is going on as opposed to other seasons where the audience was ahead of them.”

Indeed, this bold decision instantly makes Season 4 somewhat more unpredictable, since spectators knew the show couldn’t miss some of the films’ big beats if the kids were kept in Nublar, plus the entire island had been explored from top to bottom. Moreover, the new setting could totally tie into some stuff we’ll see in Dominion, as there appears to be more companies than just InGen and BioSyn doing shady stuff with prehistoric DNA. One of the trailer’s biggest shocks is the appearance of a saber-toothed tiger, meaning the franchise is already looking at expanding the canvas of prehistoric animals beyond dinosaurs, aquatic reptiles, and pterodactyls — Dominion is going down that path as well. This is what Kreamer had to say about the idea:

“This one I might take credit for… We’ve now expanded this world where it’s not just InGen, it’s not just Biosyn… People are making these prehistoric creatures, so it’s like, why would they necessarily stop at just dinosaurs?”

On top of all that, two new major threats are going to be chasing the campers: a creepy robot of sorts (not just drones) and a Spinosaurus which could very well be the one we first saw in Jurassic Park III — one of the franchise’s biggest lingering questions is who the hell created the Spino, as Alan Grant stated it wasn’t part of InGen’s list. Kreamer says the gigantic predator won’t be the season’s main threat, but Papa Spino gets the poster’s spotlight regardless: 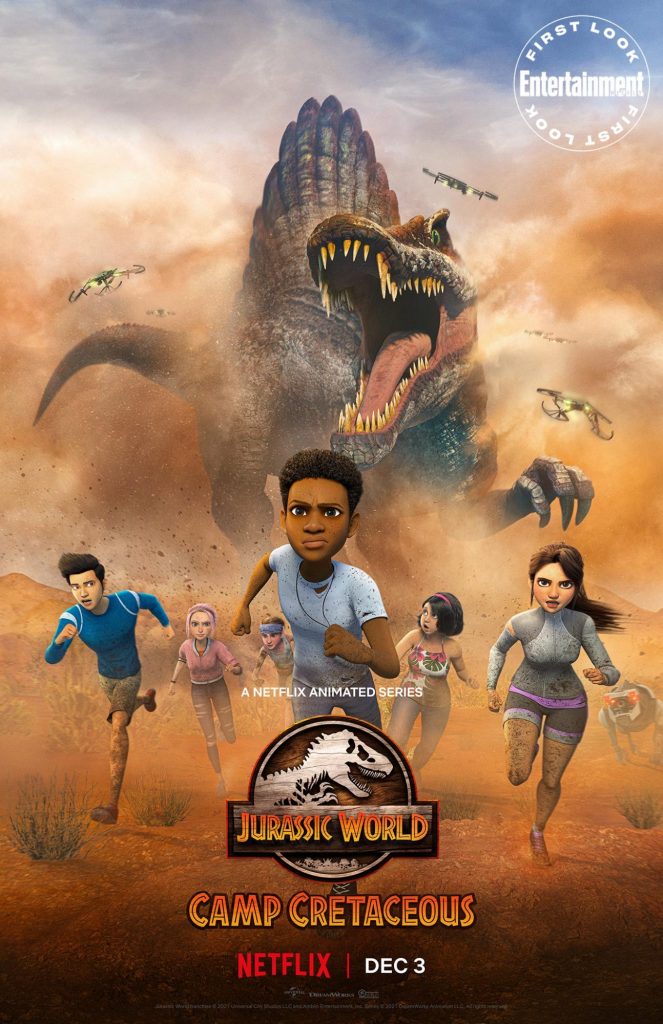