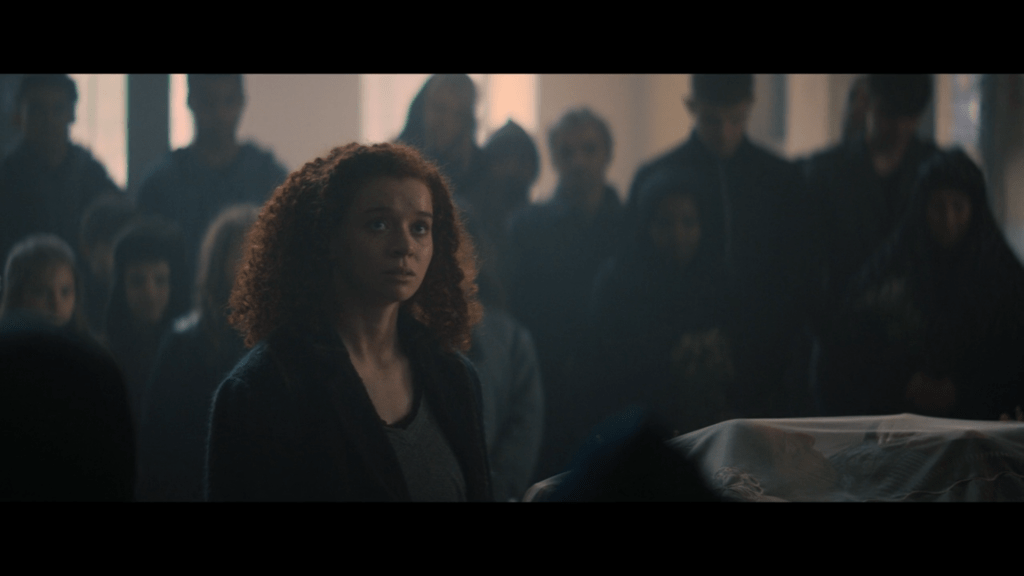 With great power comes great responsibility in the fourth episode of The Falcon and the Winter Soldier.

This week, the hit Marvel series cuts back on the action (just a little bit) and doubles down on character development. Allegiances are tested, the past is unearthed, and violence unfortunately escalates in The Whole World is Watching. And it all leans on what has been said in previous Captain America films, which makes the writing in this chapter (Derek Kolstad’s once more) delightful for long-time MCU fans.

As stated before by my colleague Miguel Fernandez, the show seems to be sticking very closely to the classical three-act structure (something longer series often ignore), and this episode confirms our suspicions. The final shot is an excellent way to close the second act and kickstart an explosive conclusion in the two remaining episodes.

The big reveal at the end of last week’s Power Broker unveiled that the Dora Milaje have been trailing our heroes and Zemo, as they wanted the latter to face Wakandan justice if he ever got out of that Berlin prison. Before jumping back into the encounter between Ayo and Bucky, the episode begins with a small flashback in Wakanda, six years ago, before Infinity War. It’s an emotional scene that (yet again) gives Sebastian Stan a lot to work with, and he delivers big time. James was trying to let go of the burden that was the Winter Soldier through a lengthy process of meditation and inner peace, and we get to see its culmination.

We knew for a fact this had happened, but getting to actually see it is great, as the films (understandably) didn’t have much time to focus on Bucky’s struggle after Civil War; he simply was called to war against Thanos, and we all know what happened next. WandaVision filled some gaps between the films and went back in time to unearth key character moments, and The Falcon and the Winter Soldier is following suit. Nice! 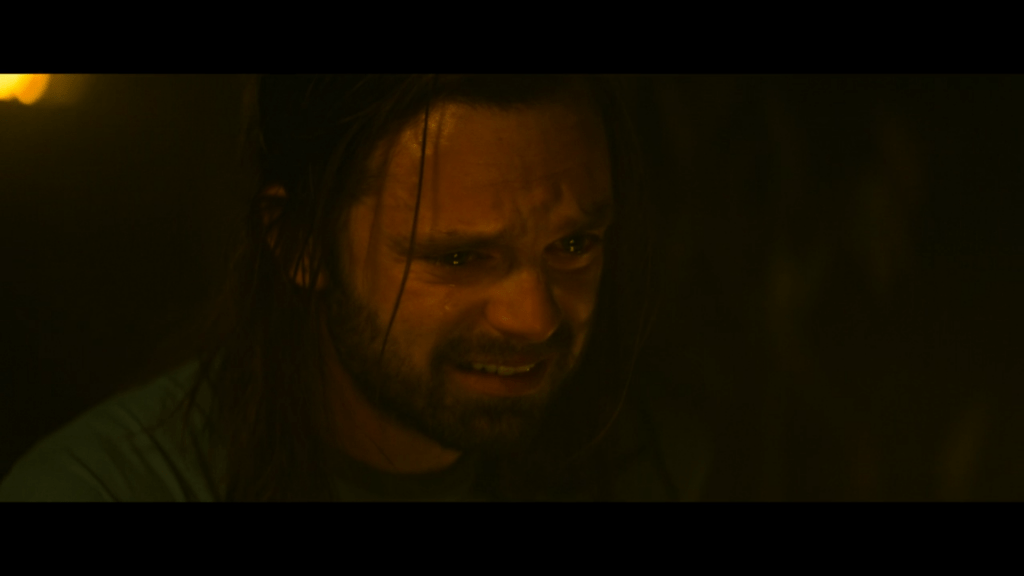 Bucky manages to buy Zemo eight more hours, but he’s sure of something: the Dora Milaje will be lurking around. After this, and some brief discussions, our odd team visits the refugees that we saw in the last episode, as Donya Madani’s funeral might be their ticket to find Karli Morgenthau and her associates. Here, Zemo once again demonstrates he knows how to get information out of people; while Bucky and Sam ask around as complete outsiders, he gets closer to the kids living there by offering them Turkish delights. Yep, those kids definitely broke the “don’t take candy from strangers” rule.

By the way, Sharon’s role in this installment of The Falcon and the Winter Soldier is quite small, which would be okay if the way in which she’s used wasn’t so pointless. Sam calls her asking for help (again), and she says she’ll tap into a couple of satellites to give them information. This could have led into the search for Morgenthau, but that was already resolved by Zemo. The only info the team gets from her during the episode is John Walker’s location during a key moment… something that doesn’t really change anything, as they already know he’s nearby. Maybe those satellites will truly come in handy later.

But let’s roll back the tape a little bit. Yes, John Walker and Lemar Hoskins do find Sam and Bucky. Of course, John Walker, who appears to be the most international Captain America ever, asks them to hand over Zemo. After some back-and-forth, everyone groups together following Sam’s advice: he can talk sense into Morgenthau, since he has done that before. Remember how we were first introduced to him in 2014’s The Winter Soldier? 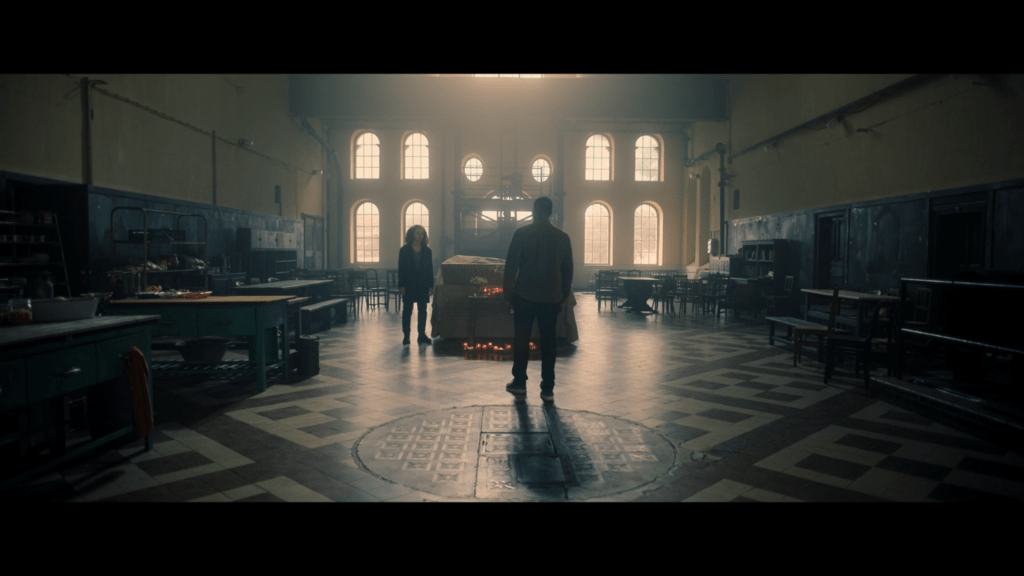 If last week’s unprompted terrorist attack wasn’t enough proof, most of the dialogue that Karli gets in this episode reinforces the idea that she and her people have crossed several lines in order to get their message across. Of course, they appear to be acting out of desperation, but the end doesn’t justify the means. Sam learns first-hand that Karli’s vision of the world is in shambles after the Blip and the hardships her people have had to endure. The super-soldier serum became a new hope for her, a weapon to brandish against the system. As expected, she reaffirms the world has become a gray place, no longer housing the typical Good vs. Bad wars.

Nevertheless, Sam begins to talk sense into her, as she’s essentially a troubled young girl whose only course of action seems to be lashing back at the world. If she manages to build a small army of super-soldiers with the serum vials that were stolen, she’ll end up creating a bigger problem: a group of people who are imposing their ideology through force and violence — remember the Nazis? We’ve seen before what anger plus power can do in the MCU, so Sam has a point even without resorting to real-world history. It’s also interesting to hear him use his personal struggles and frustration (probably related to his ethnicity) to get to Karli.

This all goes to hell once John Walker loses his patience and moves to plan B: stopping Morgenthau and her associates by force. The problem is that he was the only one on board with that idea, as Lemar agreed with Sam, and Zemo simply wants to kill anyone related to making more super-soldiers. The latter manages to hurt Karli and destroy all the serum vials. All but one, which is taken by Walker. See where this is going? 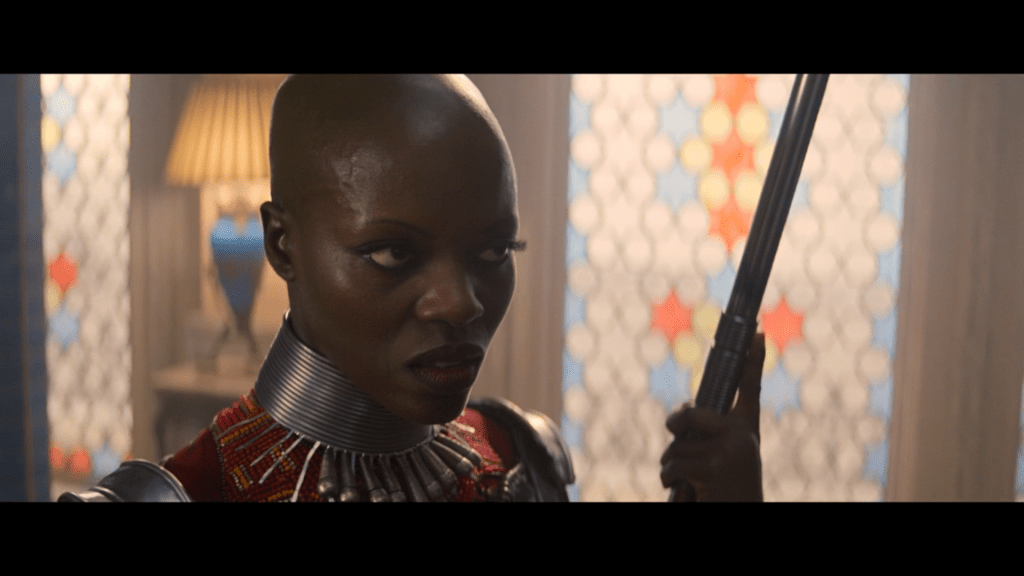 By this point, time’s up for Zemo, and the Dora Milaje move in. It’s great to see them again in full costumes from Black Panther, and here we get the episode’s most interesting action sequence despite the limited space (Zemo’s flat). Some great hand-to-hand combat is on display here, and while MCU productions have yet to lean more on longer takes and carefully planned choreography (something they have only done in The Winter Soldier), there are some impressive moves and punchy hits in this scene. As expected, the Dora Milaje utterly trash Sam, Bucky, John, and Lemar. Zemo, who simply stands in the background, slips away (nice ‘Chapo’ reference, too), so the Dora Milaje leave for now, as their hunt is not yet over.

Now things get really interesting. We had already gotten close to Walker (Episode 2 did a great job of establishing his character), and we know he’s an excellent soldier who has earned any earnable medal there is to earn. He’s the best of the best. And that’s why the US government chose him to don the Cap outfit and pick up Steve Rogers’ shield. Now let’s remember how Steve landed that role in the original Captain America. Doctor Erskine chose him to embody the essential hopes and beliefs of America not because he was the best soldier, but because he was a good man. Steve didn’t forget that, and that’s why he chose Sam as his successor. Regardless of Sam’s decision, Walker wasn’t chosen because of this, he was chosen because of his career.

The Falcon and the Winter Soldier has done a great job so far in showing that Walker is a good soldier, but he can be too impetuous and strict. He only knows a couple of ways to approach tense situations, and he lacks the delicacy to deactivate encounters which could be resolved peacefully. Furthermore, he’s being pushed to the edge by independent agents (Sam and Bucky) and a conflict which is quickly spiraling out of control. He simply lacks Steve’s nerve, and that will be his downfall, a downfall which begins with him using that undestroyed dose of the serum in order to deal with any obstacles he might encounter (this reminded me of Emil Blonsky’s arc in The Incredible Hulk). If he can be beaten by the Dora Milaje, who don’t have superhuman abilities, what good is he? 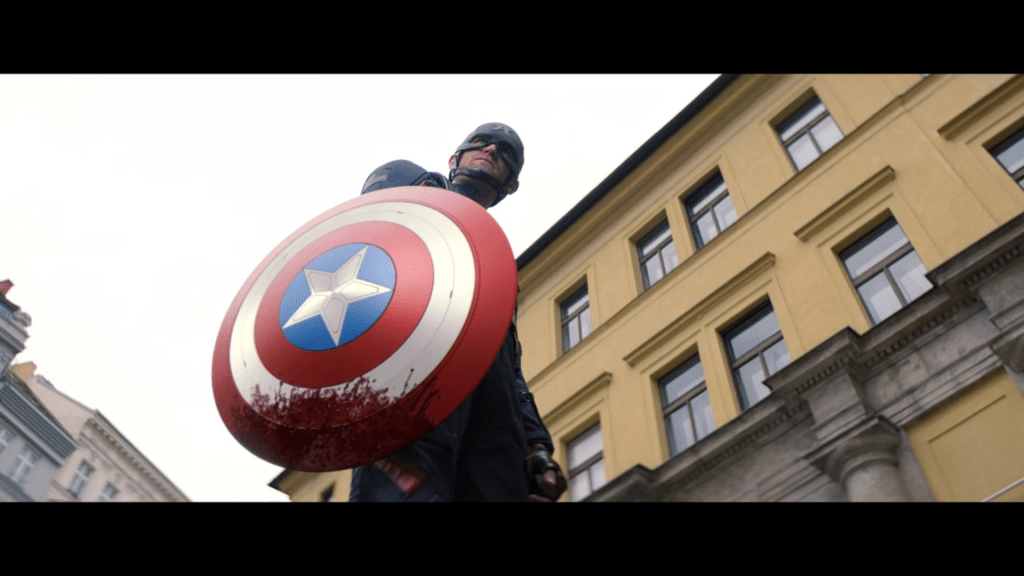 An interesting exchange regarding the matter of the super-soldier serum also takes place earlier in the episode: Zemo asks Sam if he’d take it if given the chance. Sam rapidly responds “no” without hesitation. He doesn’t believe he’s worthy of the shield due to other reasons, but he’s got what truly matters. We’ll see how his arc resolves in the last two episodes, but this is looking great.

Back to the final stretch of the episode, Sam and Bucky try once again to negotiate with Karli (after she contacted Sam’s sister), but her fuse is much shorter this time around. As violence erupts, Lemar is taken away. While everyone tussles with Karli and her comrades, Lemar frees himself anyway (kind of a pointless and short-lived detour) and saves John during a key moment of vulnerability. Karli, who also has severe anger issues by this point, punches Lemar hard — he crashes against a column, which seemingly kills him instantly. Then again, we need explicit confirmation of death in the MCU, so he could be in critical condition in a hospital when the next episode starts. Still, I believe Battlestar is dead.

With newfound strength and unstoppable anger, Walker begins to chase the Flag Smashers; Karli seems to be quite affected by what she has done and scurries away, but Walker hunts down one of her friends and proceeds to brutalize him. This is bound to have some serious consequences for Walker moving forward, as he just furiously executed a man who had surrendered in public. Not a good look for the newly-appointed Captain America. Here we can, once more, see why this show has received a higher-than-usual TV rating — it’s arguably the most violent and dirtiest the MCU has ever been. Of course, they still haven’t toyed with a weighty R-rating, but The Falcon and the Winter Soldier doesn’t shy away from blood and violence that feels real; just look at the characters’ faces after any major melee encounter or blood actually coming out of people who get shot (Episode 3).

This maturity also suits the series’ tangible concerns about social and economic issues, such as systemic racism or folks pushed aside by the capitalist system, stuff common to comic book TV series that doesn’t normally take up a lot of space in superhero films. Marvel Studios has more breathing room than ever thanks to Disney Plus, and so far, they’ve managed to say lots of interesting stuff they couldn’t say before. Let’s hope they keep that up moving forward, because their approach to characters is as good as ever.

By the way, the long-awaited Zemo Cut has been released. A new meme is born.