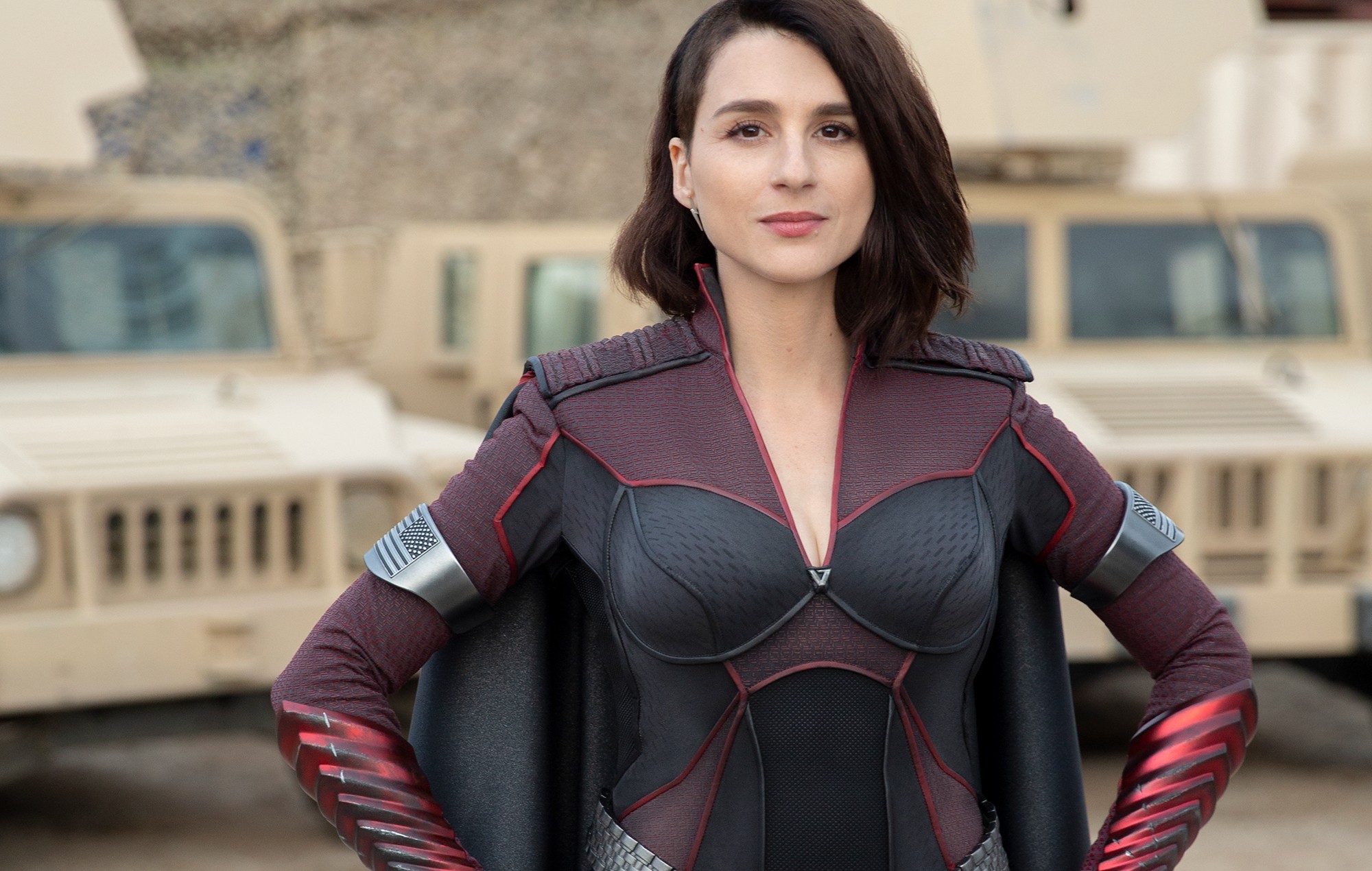 When Liberty embraced the hate.

Warning: spoiler alert for episode 4 of the second season of The Boys.

This fourth episode acts a bit like another season premiere, since we are pretty much starting from scratch, with all of our heroes and villains positioned in new emotional places. This episode, once again, shows us that this second season of the show is more concerned with giving our characters emotional arcs than giving the audience some social commentary, like the first one did (which, in a way, it still does).

There are three main emotional stories that take place in the episode. First, we have the heart of the show – Butcher learning that he has to let Becca go because their relationship has now completely shifted and there is no coming back. He will not accept the boy, who he doesn’t really consider an enemy, but almost, and Becca cannot leave his child behind because he has seen what he will turn into.

We also got some resolution for a question I don’t think season one answered: did Homelander rape Becca or was their encounter actually consensual? I know it seems sacrilegious to say that about our hero’s wife, but let’s be honest, the guy looks like (and pretty much is) a god.

Conflicts like the one which Butcher and Becca are drawn into are some of the things that make this show so great – there is no easy answer, and while I don’t think that door is closed, and Butcher will probably end up accepting the boy one way or another, I love that we got where we are. It’d be an interesting arc for him to now learn to let Becca go and get some closure.

Another big emotional arc has been the whole will-they-won’t-they thing between Hughie and Annie, which got started in this episode with a magnificent scene between Homelander and Starlight. I say magnificent not because he was choking her, but because of both performances and how that scene showed us that Starlight is an entirely new character that can actually hold her own. Obviously, we got to see how Hughie and her end up together in bed, and then they are forced to separate again because of the situation.

I feel like this dilemma will resolve itself in an easier way than the Becca and Butcher one, and Starlight will sooner rather than later be joining the Boys full time. After all, she has already joined them for a road trip and got quite close to M.M., so that is clearly a set up for something bigger. Besides, their farewell at the end didn’t really feel like a farewell.

Speaking of the road trip, and acting as a segway, I love how suddenly the show has turned into a mystery, with our heroes investigating Liberty, a supe from the 70s that might be the latest addition to the Seven, Stormfront. We still don’t know how that is possible, but I’m curious to know whether or not Liberty shared the same powers as Stormfront, or if they evolved over time. The scene with the lady that told the Boys about Liberty also answered another question I had from the previous episode: why did Liberty attack one of the family members in the house she assaulted? Apparently, it was because he was black, and she is kind of a racist.

Moving on to our final journey, we have ourselves another iteration of the fight of the season, Stormfront vs. Homelander. She has scored some points as of late and started a revolution against Vought, which by the way makes me ask a lot of questions: How hasn’t Vought said a word about this? Why does nobody question that the new face of the company is also the face of the detractors of the company? And the most important one: What is her endgame? Is it to simply get the chair in the middle of the table at Vought’s facilities, or does she actually want something else? Was she sent by someone who is responsible for keeping her from aging all those years, or is she actually alone? We’ll have to see.

But for now, she has managed to break Homelander down to the ground, and our Superman alter ego is now questioning everything, including who he is and if he should worship himself as much as he has been doing lately. While it might feel like a throwaway moment for him, I think that him learning about Maeve’s relationship with Elena and learning to accept it (which I believe he’s doing) is key to his process in this season to accept himself and his loneliness. Sometimes I feel like this show gives us one of the best Superman stories ever put on screen, precisely by giving us the anti-Superman, that is, showing us what would have happened had things gone differently for Kal-El.

As I said before, this season is giving us very emotional arcs for our characters, and I just hope that they don’t resolve themselves into cliches. We’ll now have to wait a week to see what comes next.