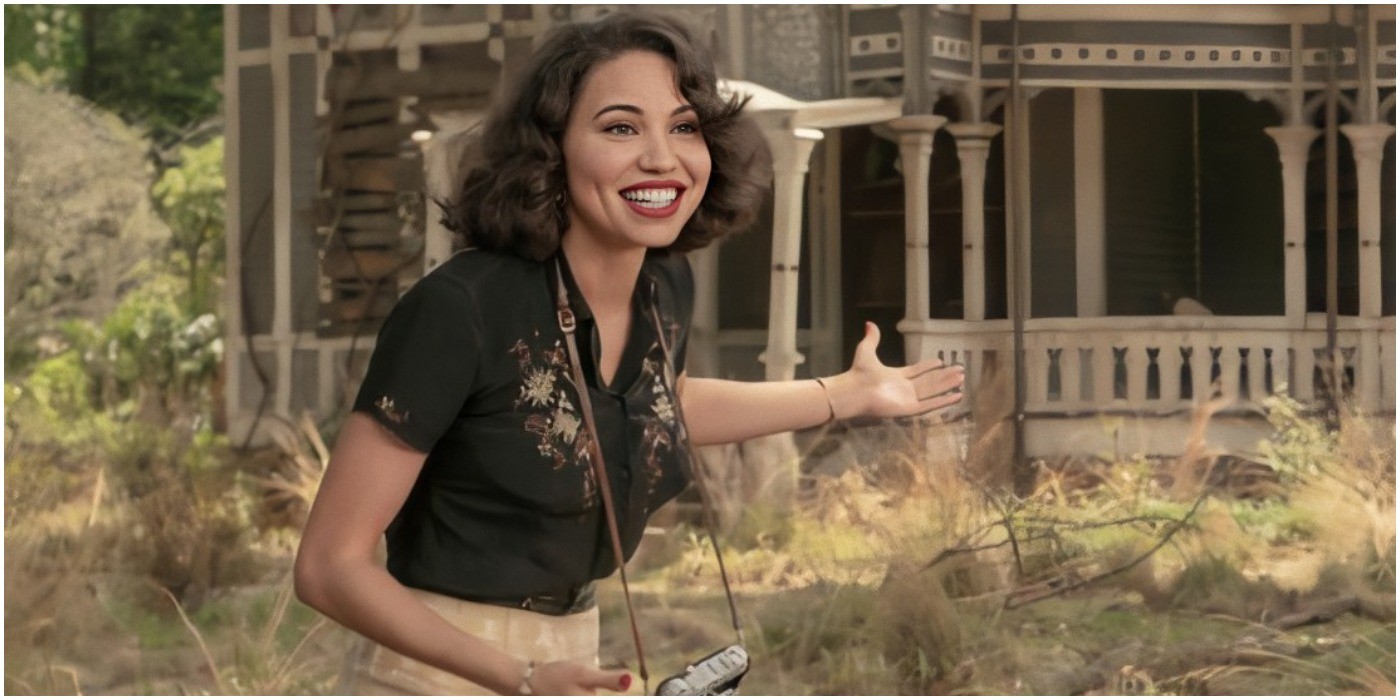 Lovecraft Country proves itself to be something of an anthology show in its third episode, changing gears from Eldritch horror to a haunted house story. The focus on the African-American perspective through the lens of horror remains firmly – and frighteningly – in place, however.

Last week, the show surprised viewers by appearing to burn through an entire season of plot at Ardham Lodge. That may be the case when all is said and done, but this week, the show morphs into something like The Twilight Zone or The X-Files, with Leti and Tic acting like a 1950s amateur pair of paranormal investigators akin to Scully and Mulder.

Leti sets things in motion. Haunted by the experience of dying and coming back to life in Ardham, she can’t muster the spirit of a raucous church service in the episode’s opening scene. She then flips back to her usual brassy, trailblazing self by buying what is effectively The Addams Family house on the North Side of Chicago.

Ostensibly, she does this to patch things up with her sister Ruby, who Leti often depends on for money and a roof over her head. She also wants to provide a boarding house for African-Americans in a place that is historically intolerant to them. The house seems too good to be true in any case, and it is. It’s haunted. 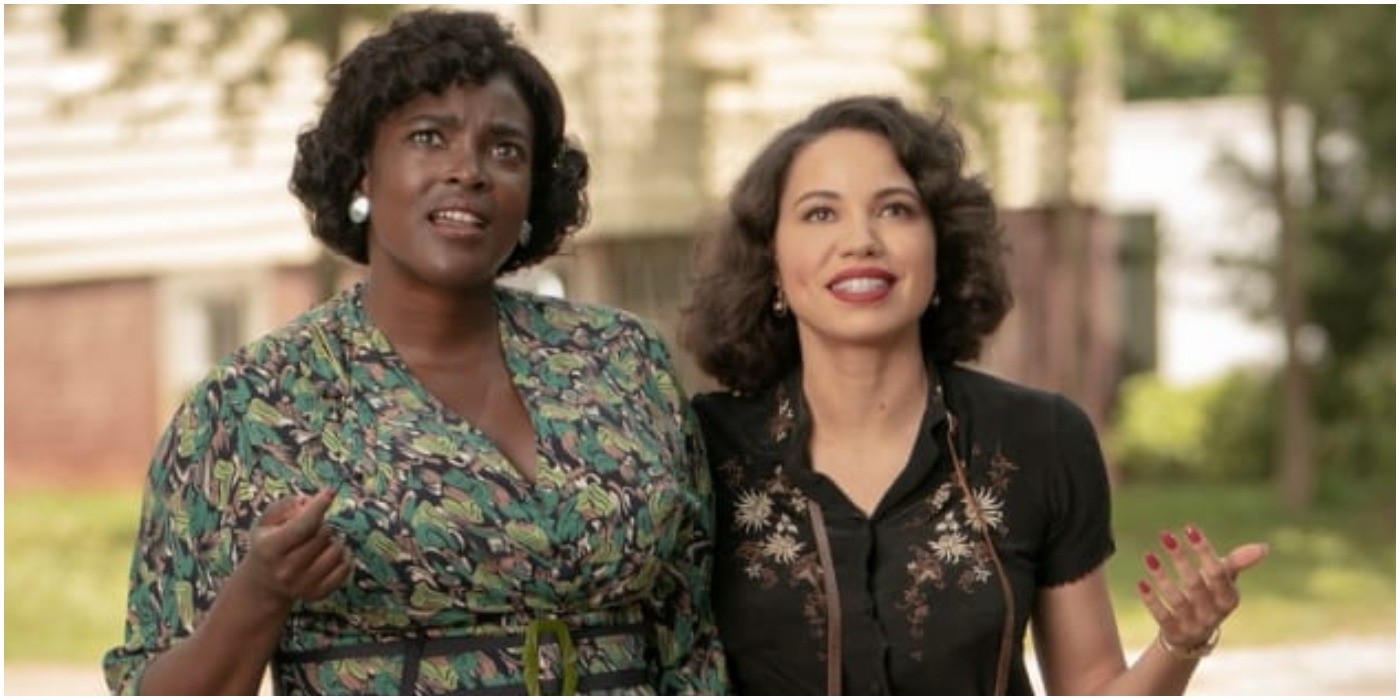 Before long, Leti is haunted by visions of horribly disfigured people and strange sounds inside the house. She discovers a room beneath the basement – never a good sign – but presses ahead. Her biggest challenge isn’t a creepy old house. It’s her many, many white neighbors, none of whom are showing up with a fresh-baked pie.

Meanwhile, Tic has kind of worn out his welcome in the Freeman household. He’s been staying on after the funeral of his uncle George, helping out with the dishes, playing ball with Dee, and making sure the updated version of the Travel Guide gets out on time. All of it rankles the frayed spirit of George’s wife Hippolyta, who suspects that Tic, along with his father Montrose, isn’t telling her the truth about what happened to George.

And they aren’t. George died at the hands of Samuel Braithwaite, not a racist sheriff as they told Hippolyta. They can’t bring themselves to admit the truth to her or themselves, and Tic finds himself at Leti’s door. She talks him into staying in town a while longer, at least for a housewarming party. 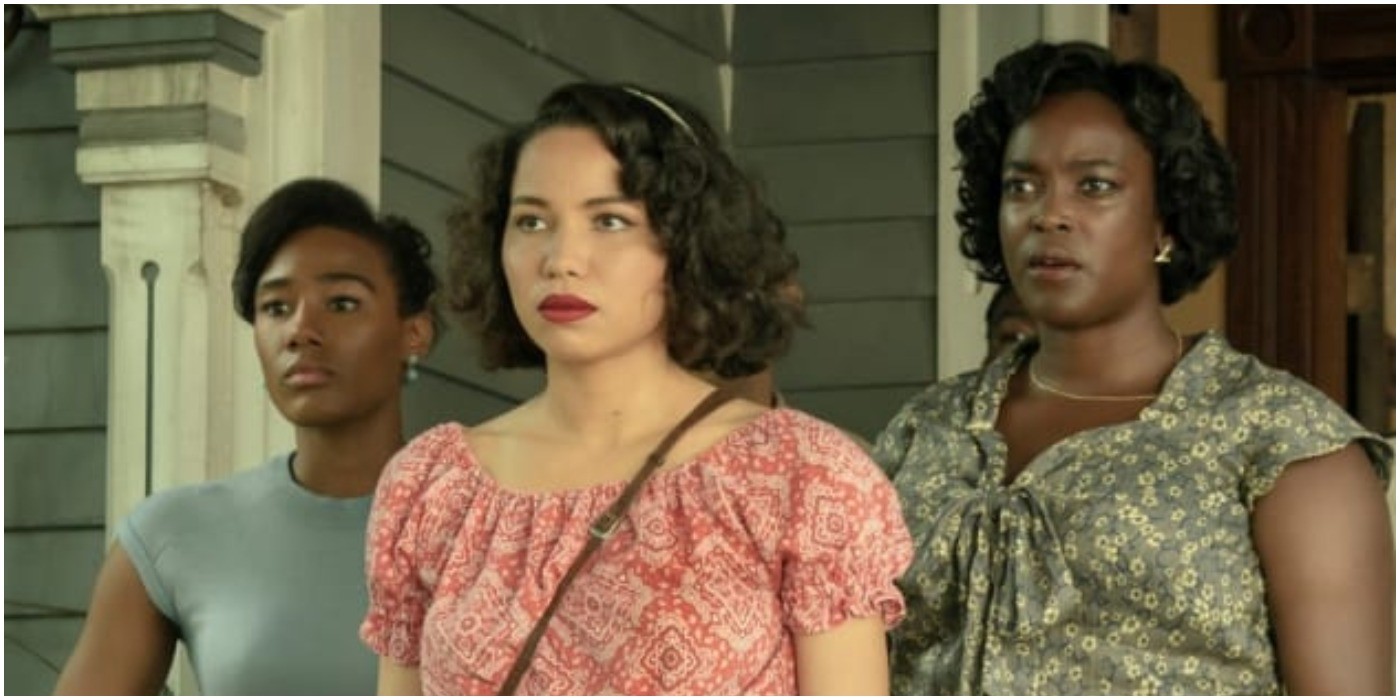 The party forms the axis of the episode, in which Tic and Leti finally yield to their attraction to each other, the feckless antagonism of Leti’s neighbors manifests in predictable yet disgusting ways, and the awful truth about the house comes out. It once belonged to a scientist who did experiments on African-Americans.

Leti becomes obsessed with finding out what exactly happened, which is as much about understanding what’s happened to her. Her PTSD forms a lot of her experience, and at times you wish for a more thorough investigation of her trauma. Jurnee Smollett turns in another amazing performance, nuanced and big at the same time.

The show is driven by a robust pulp engine though, and it wants to find out what is knocking against the basement door as much as she does. As expertly as the show deals with heavy subject matter in a frank way, it wants to get to the gee-whiz of its premise. It would do well to let its characters (and the story) breathe a little. 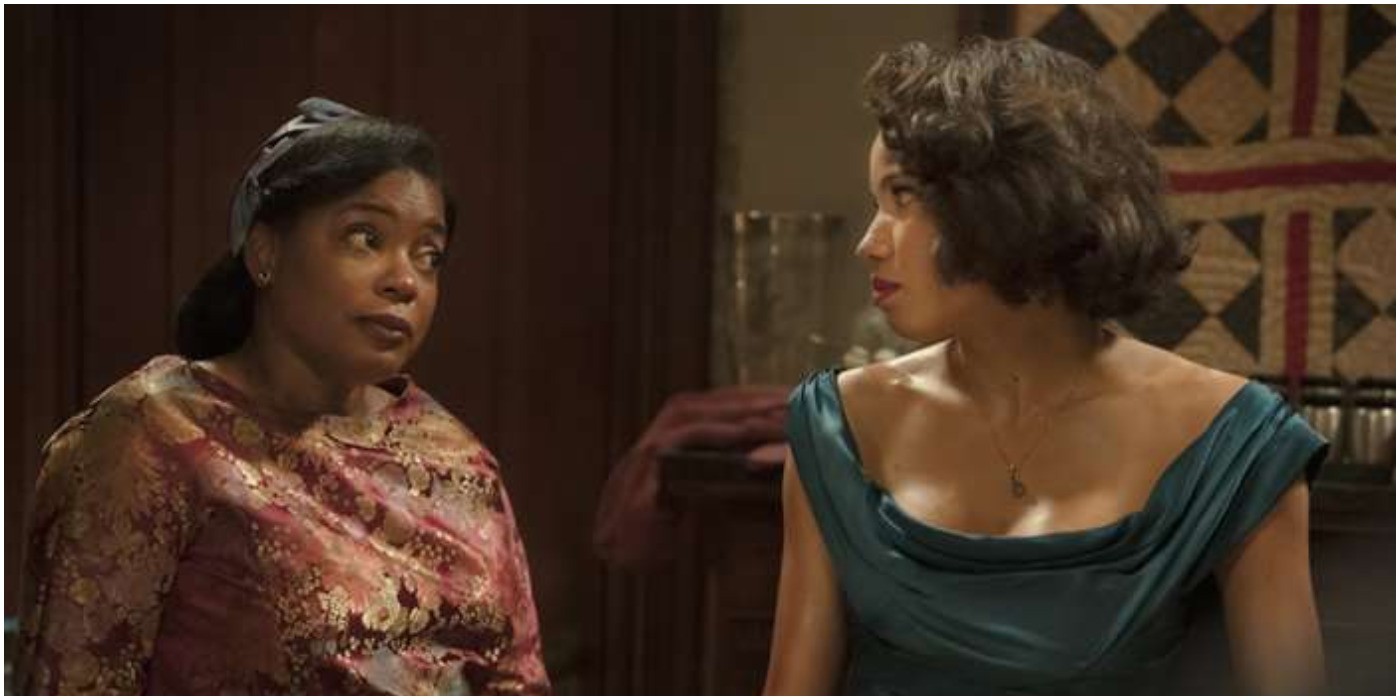 Still, its imagery is both powerful and moving. Leti has no intention of abandoning her newfound home as Tic (and her neighbors) want her to do. Leti enlists the aid of a woman who sacrifices a goat on the front porch (surely not helping matters at all vis-a-vis the neighbors) and confronts the spirits of the house.

Other spirits haunt the episode. George, certainly, evident in his copies of Bram Stroker’s Dracula and The Count of Monte Cristo. Both novels feature again and certainly factor significantly in the future plan of Lovecraft Country. Their sustained reference goes beyond the meta-textual into simple architecture.

Leti’s mother also haunts her and Ruby both. While it’s not made explicitly clear, it seems Ruby and Leti have different fathers. Some of the animosity between them may be rooted in that, though Leti’s admission she inherited money from her mother – when Ruby didn’t – doesn’t help any. 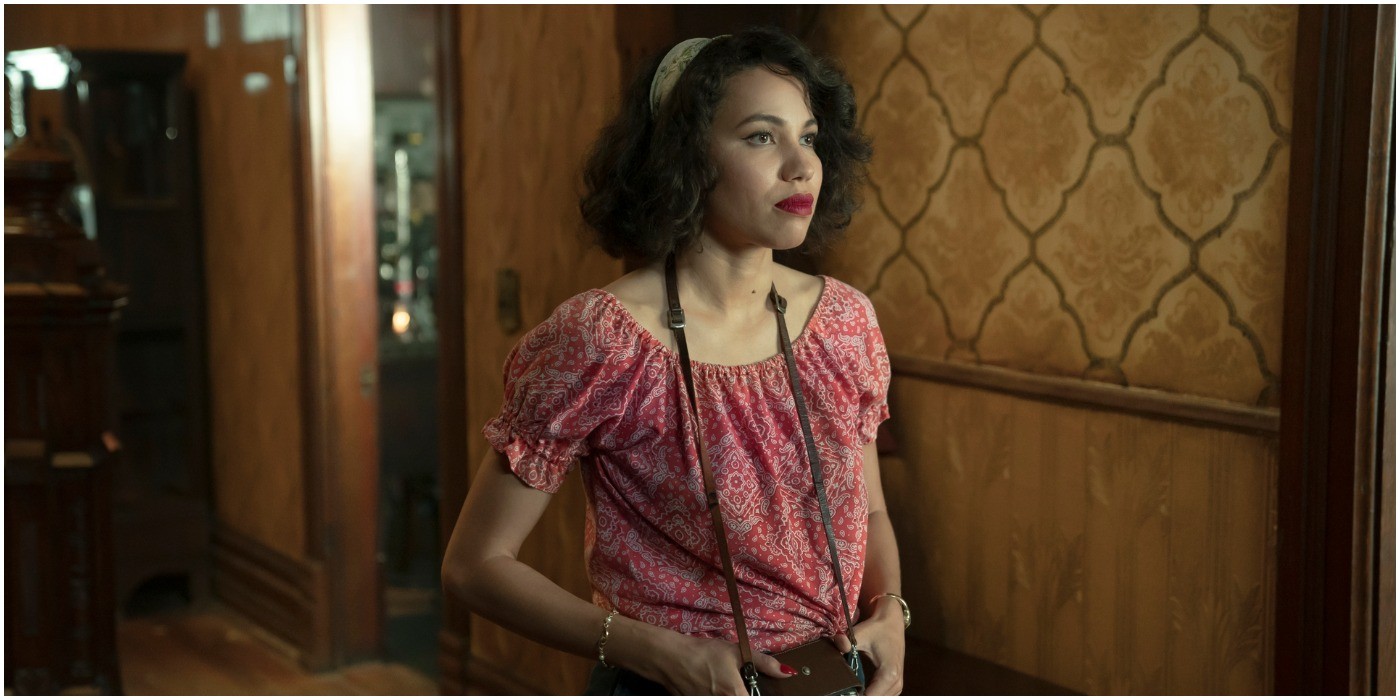 The money actually comes from Christina Braithwaite, revealed to be alive at the end of the episode. Her confrontation with Tic proves she is far more powerful than she seemed last week or even in the first episode, and the Braithwaite story is far from over. Christina seeks pages from the Sons of Adam ‘bible,’ the Book of Names.

Lovecraft Country may have a longer season-long arc in mind after all, though it’s going to take another episode or two to see the plan. An anthology show that delves into different genres may work to its advantage, especially after the effective way this episode folds in the haunted house trope into African-American suffering.

Leti keeps her house, calling on and joining hands with the ghosts trying to drive her out. She drives out the spirit of the scientist who committed unspeakable – but plainly shown – atrocities. It’s not clear if she exorcises her own demons, and the ghosts of the past remain in the shadows, haunting her and Tic.