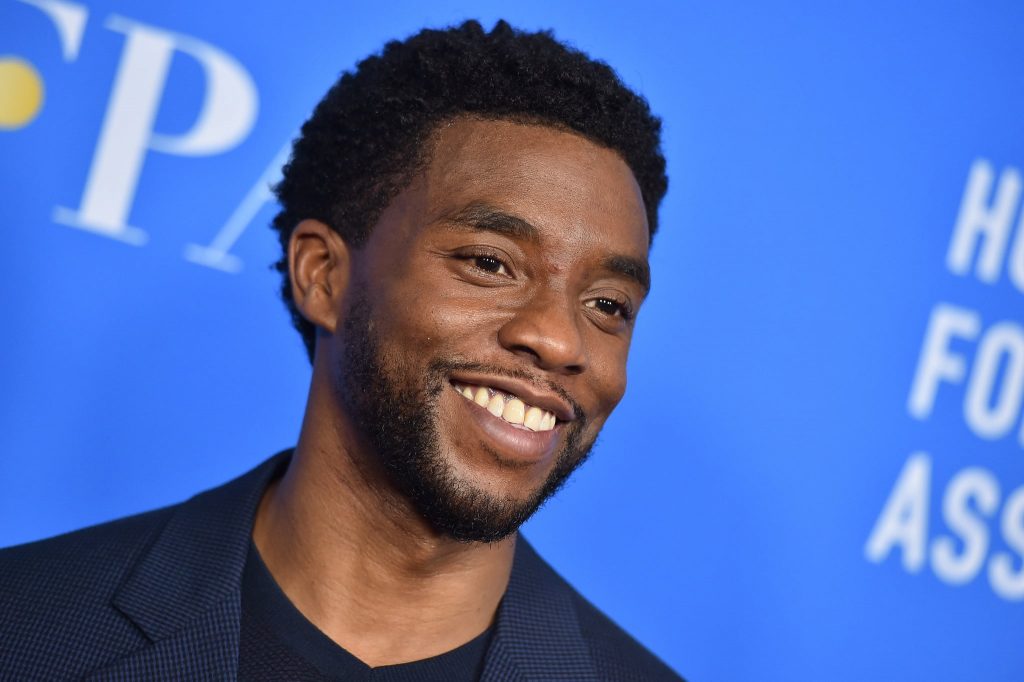 It is with heavy heart that we report that Chadwick Boseman has passed away at the age of 43 due to complications with colon cancer. The Marvel Cinematic Universe has lost its Black Panther, and Hollywood has lost one of its rising stars.

The Associated Press broke the story of Chadwick Boseman’s passing tonight, as the actor succumbed to colon cancer earlier in the day. Boseman was diagnosed with the disease in 2016 and has been seeing treatments between filming movies between then. He was a devout Christian and a vegetarian, and he was married Taylor Simone Ledward prior to his death, and she survives him. Boseman’s family have issued a statement on the actor’s passing through Twitter:

Chadwick Boseman’s contributions to African Americans in cinema have been invaluable. He has portrayed several iconic African Americans who have left a mark on history, including Jackie Robinson in 42, James Brown in Get On Up, and Thurgood Marshall in Marshall. His last completed role is for a film in an adaptation of Ma Rainey’s Black Bottom, which is based on one installment of August Wilson’s Pittsburgh Cycle plays about the African American experience in each decade of the twentieth century. In a tragic coincidence, Boseman’s passing coincides with this year’s observation of Jackie Robinson Day, which had been delayed from its traditional April 15 date due to the outbreak of COVID-19 in the United States delaying the commemoration of the baseball player’s achievements; this day was also shared with the birthday of the late Jack Kirby, who co-created the character alongside Stan Lee.

Chadwick Boseman is most recognized for playing T’Challa, better known as the Marvel superhero known as the Black Panther. The character has long been featured in the pages of Marvel Comics since Fantastic Four Volume 1, Issue #52 in 1966. Boseman first brought the character to life in Captain America: Civil War in 2016, which served as a major crossover event with multiple Marvel superheroes, including Iron Man, Black Widow, and Spider-Man in addition to the titular hero. The character’s origin story was continued through a standalone film in 2018, which received critical acclaim for giving a voice to creators of African heritage, which has been critically underrepresented on film and especially in the realm of expensive blockbusters. The film made over $1.3 billion worldwide and was nominated for a record number of Oscars for a superhero film, including Best Picture. Boseman continued T’Challa’s story in 2018’s Avengers: Infinity War and 2019’s Avengers: Endgame, where his character fought against an alien invasion spearheaded by Thanos before ultimately returning to his kingdom. He has also recorded dialogue for the upcoming What If…? animated series, which will be released in 2021. As we now know, Boseman filmed three out of his four live-action appearances as the character while fighting against a terminal disease. Marvel have issued a statement on Boseman’s passing:

Our hearts are broken and our thoughts are with Chadwick Boseman’s family. Your legacy will live on forever. Rest In Peace. pic.twitter.com/DyibBLoBxz

For the time being, Black Panther 2, which Chadwick Boseman was meant to star in, is scheduled to release on May 6, 2022. As of right now, it is unclear if T’Challa will be written out and replaced with a different character or recast… But now is not the time for those kinds of conversations. Now is a time to mourn the loss of decent man, a talented actor, and an inspirational figure for a generation of moviegoers. May Boseman rest in peace and power.