After a batch of leaked images from the teaser that is currently playing in front of Tenet, we now have another official look at Villeneuve’s sci-fi epic.

Dune‘s teaser might not be an easy catch, but we got a (decent enough) look at the first trailer’s key moments thanks to a set of leaked images. Now Empire is previewing next month’s Dune-themed issue with three different covers: 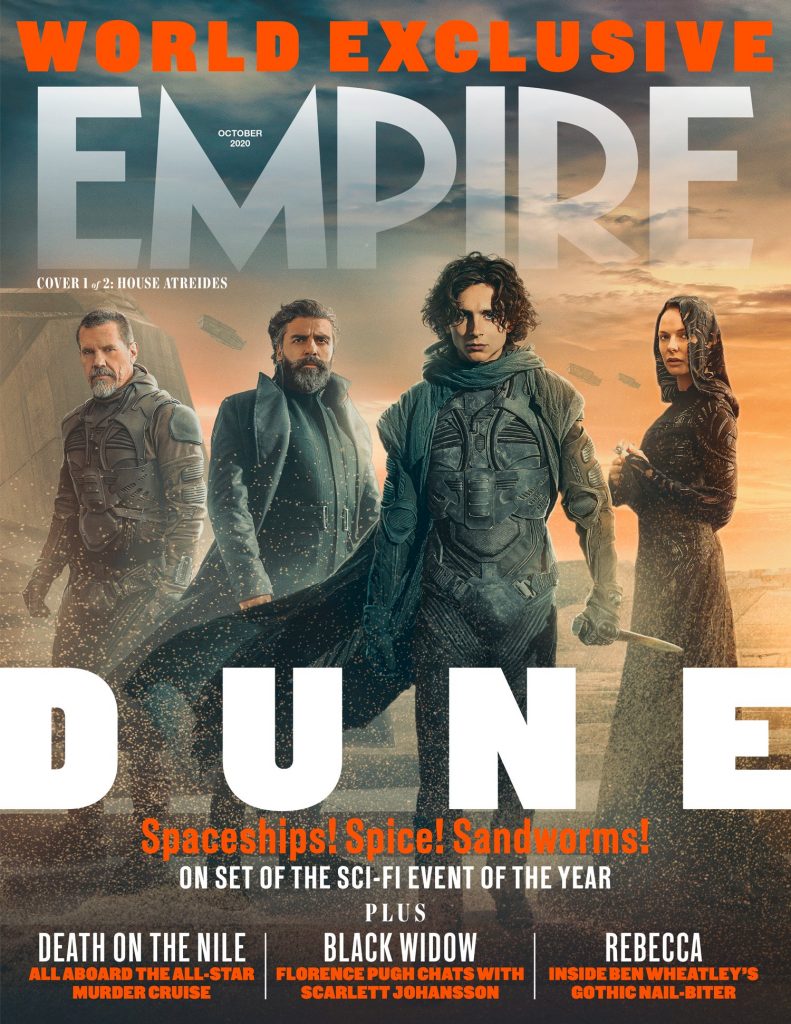 House Atreides, one of the great noble houses of Landsraad. From left to right: Josh Brolin as master-at-arms Gurney Halleck, Oscar Isaac as Duke Leto, Timothée Chalamet as protagonist Paul Atreides, and Rebecca Ferguson as the witch Lady Jessica. 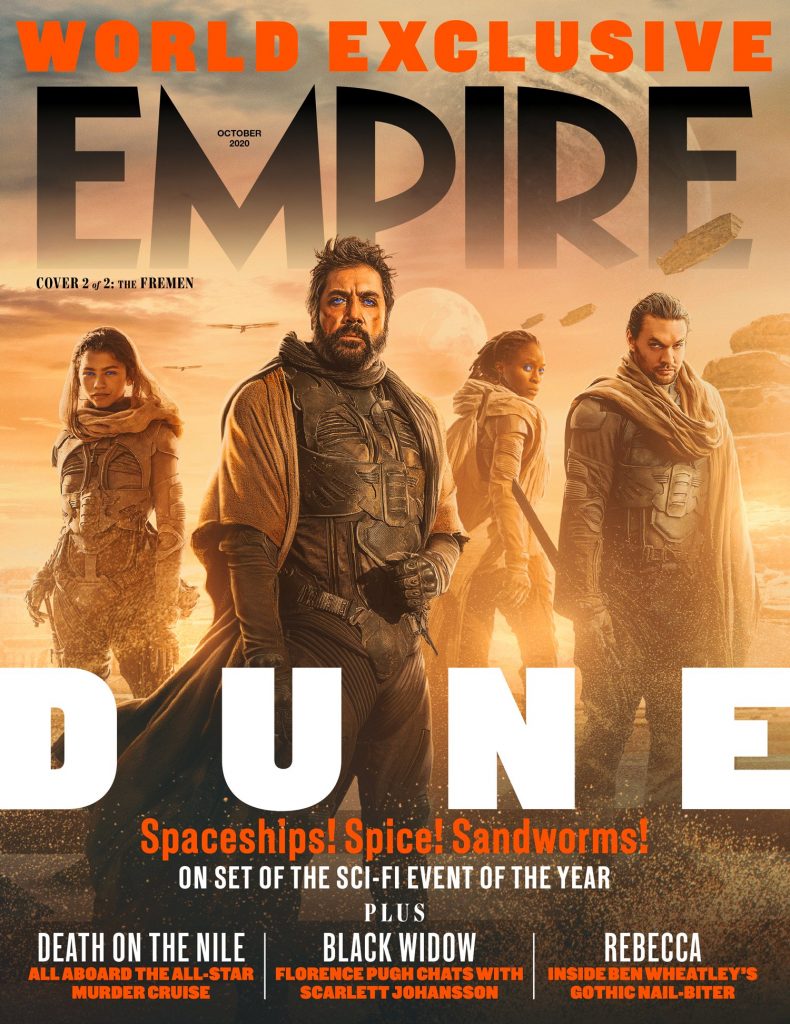 The indigenous Fremen people of the planet Arrakis. From left to right: Zendaya’s tribe member Chani, Javier Bardem’s Stilgar, leader of the Fremen, Sharon Duncan-Brewster as Liet-Kynes, and Jason Momoa’s Duncan Idaho, who isn’t technically a Fremen but might cross paths with them. 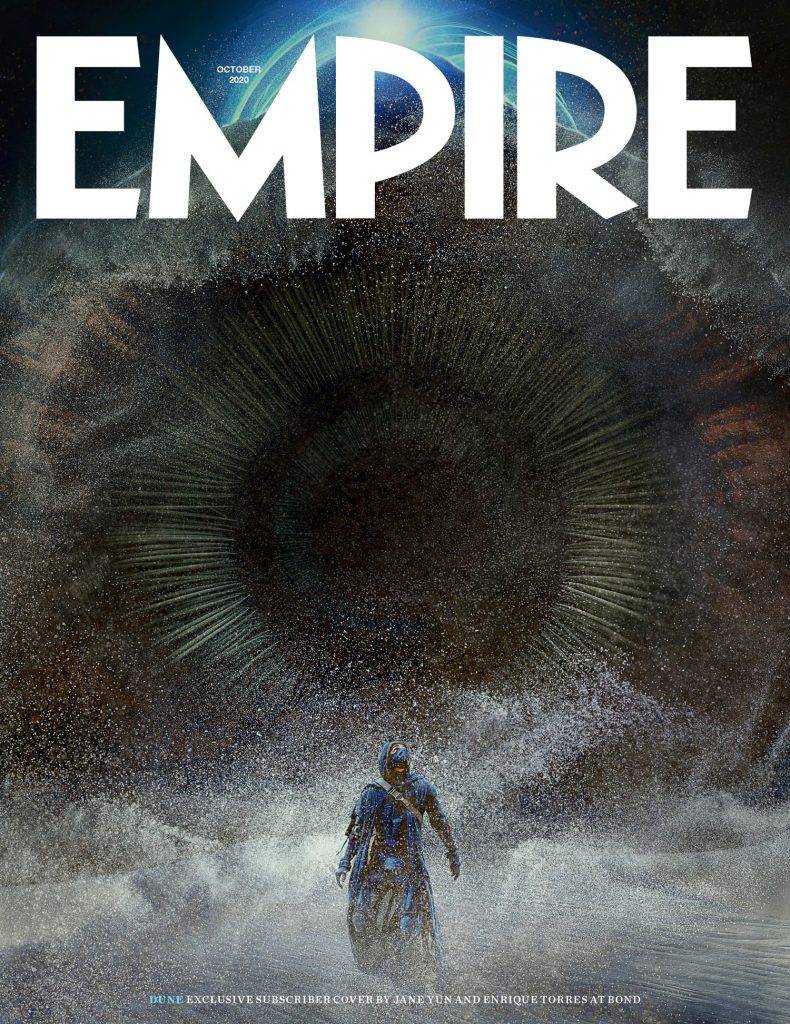 The first full-length trailer debuts online on September 9 at 9:00am PST (confirmed by Warner and IGN). You might be able to catch the exclusive teaser that is playing in front of Tenet in select cinemas all over the world starting this weekend.

Denis Villeneuve’s Dune, which adapts the first half of Frank Herbert’s novel, is set to release on December 18, 2020.