One of the most anticipated games of 2020 launches next week following three weekends of beta testing. Does it live up to our expectations?

Marvel’s Avengers was first announced more than three years ago. Marvel Entertainment and Square Enix proclaimed a multi-year partnership with the aim of producing triple-A video games that could compete with Warner Bros. Interactive’s highly successful gaming efforts, which included the Batman: Arkham series and the Injustice titles. For the past decade, Marvel’s gaming output has consisted of smaller releases (Ultimate Alliance 3 comes to mind), movie tie-ins, modest F2P titles (mostly for PC and mobile phones), and collaborations such as Marvel vs. Capcom and the LEGO games. Everything has felt like “quick cash” rather than serious, big projects which take advantage of the medium. Sony and Insomniac’s Spider-Man, which was released in 2018 and is getting a sequel of sorts later this year, broke the pattern and offered players a big-budget original Spider-Man experience. Is Avengers the next step in Marvel’s conquest of the gaming world?

The beta for the game rolled up in three phases: a closed one for PS4 players who pre-ordered the game, another one for every PS4 user and players who pre-ordered in other platforms, and a final open test that anyone could join. Things haven’t gone smoothly, and general consensus on the game, which is ready to go for September 4, is currently mixed and goes beyond the initial critique of the characters’ “cheap Marvel Cinematic Universe” look. What follows is my personal opinion on the beta and the game itself.

I have played the game both on PS4 and PC across two different beta weekends. The original ‘A-Day’ demo looked kind of bland to me, and most of the marketing campaign has felt convoluted despite the amount of previews we have received. Marvel and Square have never clarified if they are marketing a cinematic experience full of (undercooked) visual callbacks to the MCU or a live-service game packed with replayable content. What’s the audience for this? After playing through the beta two times, I honestly think they don’t know. 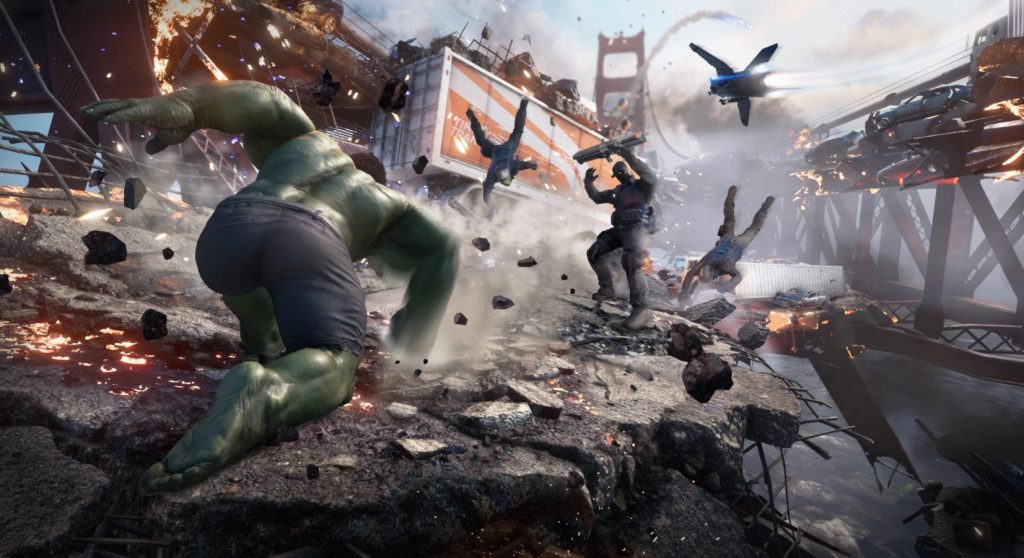 Insomniac’s Spider-Man found great success because it adhered to an idea: an exciting open-world adventure with big production values that feels adequately cinematic. It was a single-player experience that catered to both massive fans of the character and the general audience. It looks good and plays well, and its sandbox elements never interfere with the basic premise of telling a solid Spider-Man story. Avengers is being developed (as it will have post-launch content) by Crystal Dynamics (recent Tomb Raider games) and Eidos-Montréal (Deus Ex franchise), so experience isn’t a problem. These are renowned studios which house massively talented developers and artists. Sadly, it seems like every significant creative decision has gone through several committees that know little (if anything) about video games.

First of all, the beta (and the final game, I suppose) throws players into the ‘A-Day’ action sequence, which serves as a basic tutorial for the five main characters and runs for almost 20 minutes. The pacing here is solid, and the game feels cinematic as it quickly swaps between characters and points of view. It’s an improvement over the original demo and a technically complex rollercoaster ride that feels good enough (some characters handle better than others). Sadly, it’s not representative of the rest of the game. After this prologue, we get a quick rundown on what happened after that catastrophic day (I won’t spoil anything here) before jumping into a second mission which takes place later in the game and stars Bruce Banner and Kamala Khan. Here, the game shows its true colors (mostly Hulk green) and presents the progression systems and evolving mechanics that make up the backbone of the experience.

Now here’s the thing: I love loot and leveled stuff. I greatly enjoy acquiring powerful equipment and skills that allow me to smack or shoot enemies harder just so I can take on stronger enemies. If done right, it’s a great gameplay loop. I spend a lot of time of playing The Division 2, Destiny 2, and Diablo III, among others. You can make plenty of different “looter” games with RPG elements. This isn’t a good one. The loot feels pointless and forced, as most of the game (including its skill system) works like a standard action-adventure experience with beat ’em up controls. The idea is solid, but clearly not enough thought was put into it. I can almost see some top brass executive asking the developers to include some of that “loot stuff” that “gamers enjoy”. Well, we enjoy it when it’s well implemented. 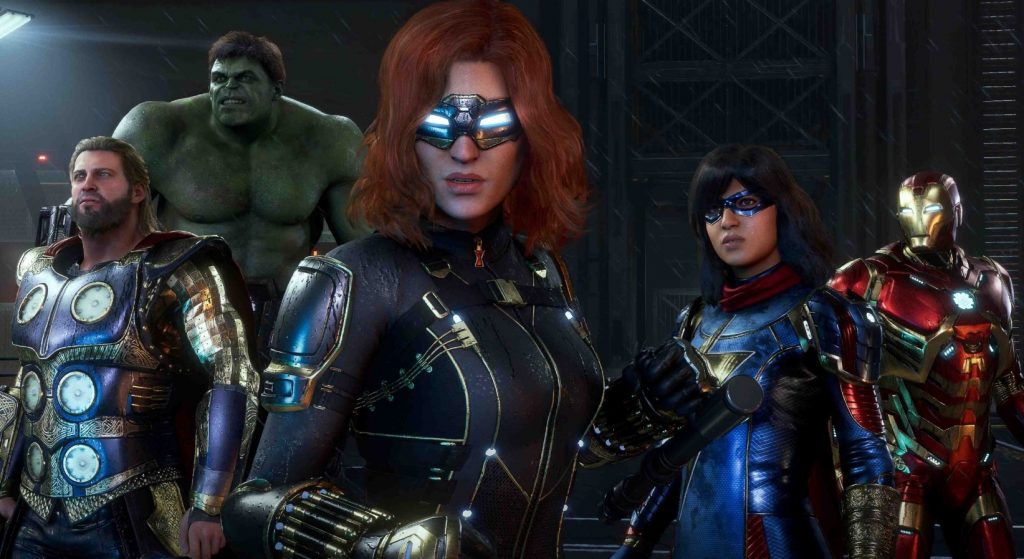 The second mission in the beta also featured a fight against Abomination that just wasn’t great, and that brings me to my next point: the combat feels outdated. One of the game’s undeniable strengths is the variety between characters: Thor is a brawler with God of War-like movements and occasional thunder-casting, Iron Man is highly mobile and can hit hard from afar, Black Widow has a solid amount of melee tricks and can whip out her pistols… But they rarely feel good or satisfying. The novelty factor quickly wears off and you are left with “floaty” fights, combos that don’t connect as they should, and sound effects and feedback that lack strength. The difference between the Arkham games (or Spider-Man) and this overstuffed party of superhero punches is heartbreaking. A poor gameplay loop or a bad progression system can be improved or overhauled (something that often happens with looter games), but the core mechanics, which include how a game moves and handles, are pretty much irreplaceable without reworking the entire game. To be fair, Kamala and Natasha feel solid enough. I would enjoy playing as them if the game’s progression and structure somehow got better in the coming months.

As it stands, Avengers is a frustrating experience that I really wanted to enjoy. I don’t think much will have changed by next week’s launch day, but I’m confident the game can improve if they listen to the players instead of just the fans who want to be their favorite superhero for half an hour (something the game does well). The outdated combat systems will be bearable if what surrounds them eventually becomes more interesting. Right now, a disjointed story that promises to develop itself over the next few years plus an increasing roster of characters (which includes Hawkeye) aren’t enough to hold the attention of many players. To add to the game’s myriad of problems, Spider-Man (arguably Marvel’s biggest hero) is being held behind an exclusivity wall, and technical issues and disappointing performance have plagued the beta tests across all platforms.

I doubt the game will completely fall flat on its face, as the production values are there, and it kind of works as a “button-smashing” throwback to simpler times. It also has the massive support of a rabid fanbase that simply wants more Marvel content, which should definitely help. Game critics and die-hard gamers will probably glance over it and move on, as defeating wave after wave of death robots and AIM goons doesn’t really work without a proper sense of achievement. All post-launch content will be free though.

Marvel’s Avengers launches on September 4 for PS4, Xbox One, and PC. It’s also getting a free upgrade to support next-gen consoles later this year.