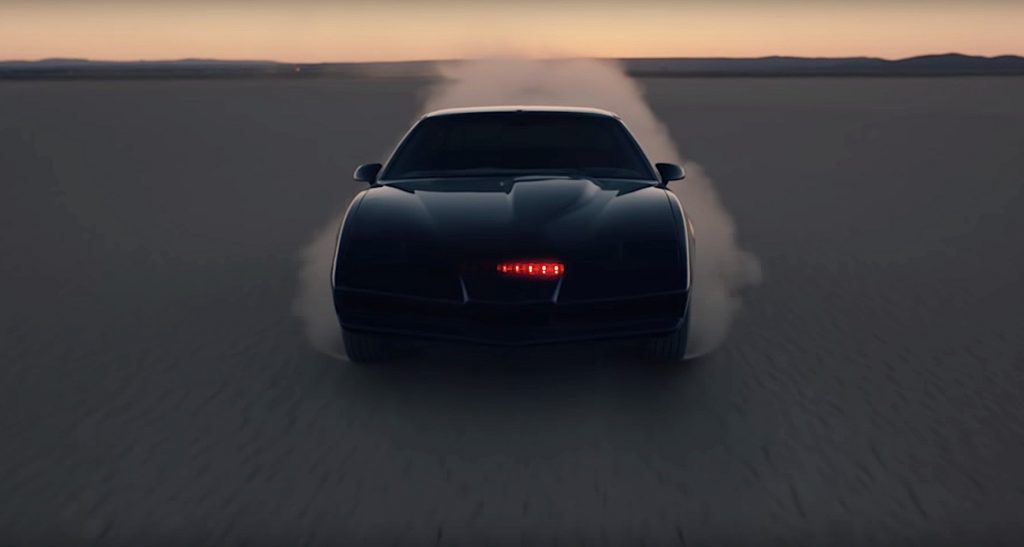 KITT refuses to shut down for good.

After many so-so televised spinoffs and reboots, Knight Rider might finally be making its way to the big screen. It was reported yesterday that Spyglass is teaming with James Wan’s Atomic Monster to develop a theatrical feature based on the classic 80s action series that starred David Hasselhoff. Michael Clear, a long-time collaborator of Wan, is also serving as producer.

T.J. Fixman, a video game veteran (Ratchet and Clank franchise, Resistance 2) is set to pen the script. Fixman has also sold a number of screenplays recently, including One Night on the Hudson, Brotherhood of Magic, and Men Who Kill to Fox. The latter is being produced by Greg Berlanti (Legends of Tomorrow, Free Guy) and has Michael B. Jordan attached to it.

The original TV series, which ran from 1982 to 1986, followed crime-fighting driver Michael Knight, who drove a high-tech (talking) car named KITT. Plot details for this new take on the franchise are unknown at this point, but don’t be surprised if they somehow get Hasselhoff to appear in some capacity, as legacy sequels are quite popular right now.