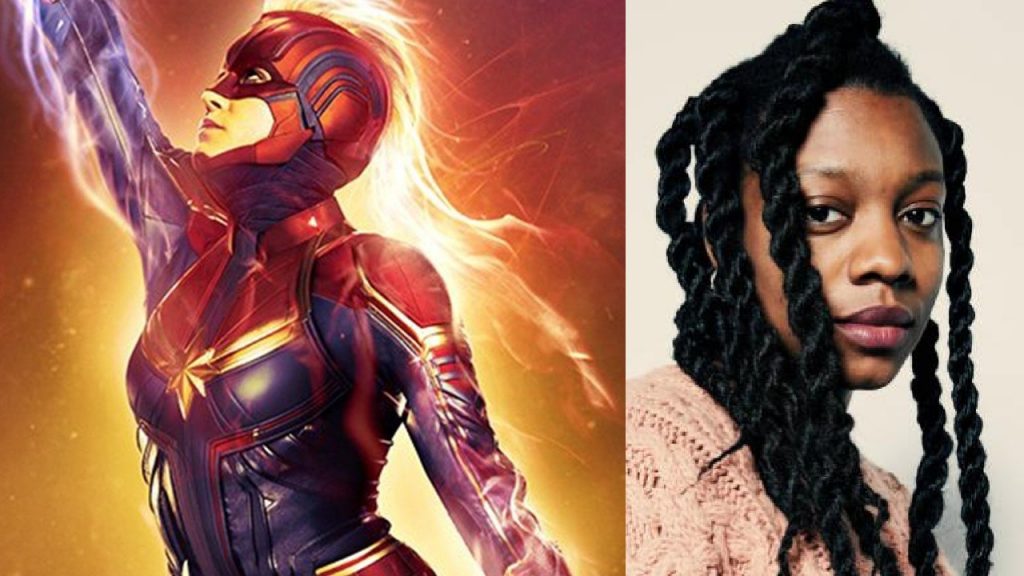 Brie Larson is set to become one of the Marvel Cinematic Universe’s biggest player as the Captain Marvel franchise embiggens its horizons, and Nia DaCosta (who directed Little Woods and the upcoming Candyman reboot) is set to take the character of Carol Danvers to new heights.

Deadline broke the news of Nia DaCosta’s hiring minutes ago. DaCosta will be joined by Megan McDonnell, who wrote the screenplays for the upcoming Disney+ series WandaVision. While details on the story of the sequel remain tight, it is believed that the film will be mostly set in the present of the Marvel Cinematic Universe rather than serving as another prequel to the vast majority of the Marvel Cinematic Universe (although flashbacks are still likely), with Secret Invasion rumored to be a heavy inspiration for the new narrative (which is said to involve Captain Marvel leading a handful of superheroes). Aside from Brie Larson, no characters from the first film have been confirmed to return, although smart money would say that Teyonah Parris, who portrays the older version of Monica Rambeau in WandaVision, will be making her big screen debut.

Last we heard with the original movie’s directors Anna Boden and Ryan Fleck, they’re still set to be involved with Marvel Studios on an untitled Disney+ series, speculated by some to be tied to S.W.O.R.D., a S.H.I.E.L.D. offshoot organization dedicated to protecting the Earth from alien threats and making contact with extraterrestrial allies. Such a series would likely heavily tie in to the Kree and Skrull mythology already established in the Captain Marvel film. It’s also possible that they could be involved with directing the Ms. Marvel series, as that character’s superhero inspiration is the good Captain herself, and whose powers come from Kree experimentation on humans. It wouldn’t remotely be shocking to see Ms. Marvel, a character celebrated for her diversity, to get a shot at the big screen after the debut of her own show.

Captain Marvel 2 is set to release sometime in 2022, provided that Marvel’s production schedule returns to normal soon. In addition, the future of the Marvel Cinematic Universe includes the films Black Widow, The Eternals, Shang-Chi and the Legend of the Ten Rings, Spider-Man 3, Doctor Strange in the Multiverse of Madness, Thor: Love and Thunder, Black Panther 2, Guardians of the Galaxy Vol. 3, Ant-Man 3, and reboots of the Blade, Deadpool, Fantastic Four, and X-Men franchises. Another Avengers movie is also likely, but will be a ways off. In addition to the aforementioned movies, there are eight Marvel Studios shows confirmed for the Disney+ lineup: The Falcon and the Winter Soldier, WandaVision, Loki, What If…?, Hawkeye, Ms. Marvel, Moon Knight, and She-Hulk.