The quest beginneth in the full trailer for Pixar’s Onward! As Pixar begins a new slate of original movies, Tom Holland and Chris Pratt star as two brothers on a journey to find the magic they need to spend one more day with their father.

Opening in times of old, the trailer shows a land of wonder and magic where wizards and mythical creatures live together. Fast forward to today, where mythical creatures have met modernity and New Mushroomton seems a little less than magical. That is until Ian Lightfoot (Holland) turns 16, and he and his brother Barley (Pratt) receive a magic staff that has the power to bring back their father;

The more I see of this film, the more I can’t wait to see it! Unsurprisingly the chemistry between Holland and Pratt seems fantastic, but beyond the casting I just love the world that Pixar have created for this film. The blend of the mythical and the everyday, with garbage eating unicorns and biker gangs of fairies, is just so fun and original. Pixar are coming off two incredible sequels, but it’s exciting to see them tackling an original feature again. 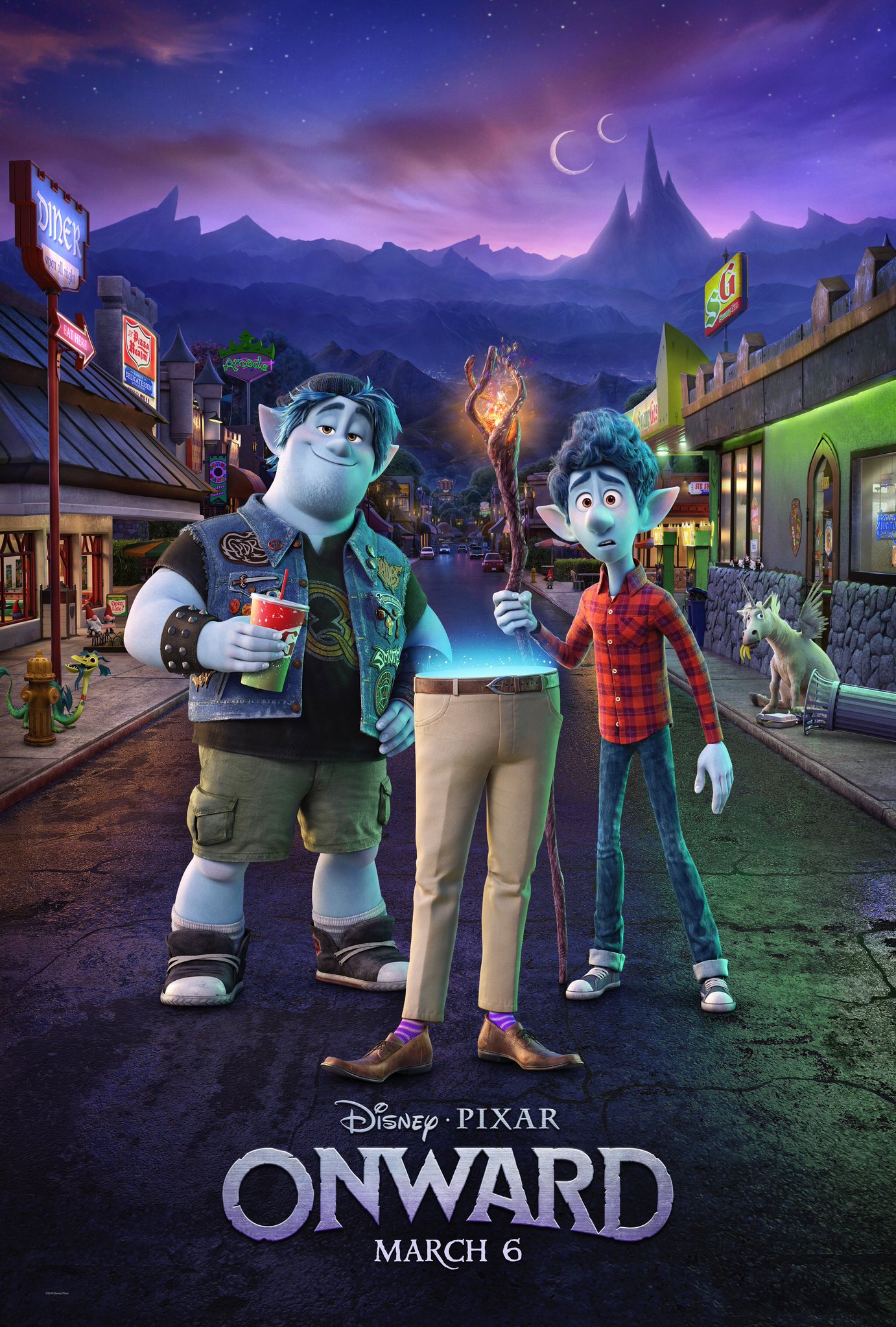 As well as the full trailer, Pixar also unveiled a new poster for their 22nd animated feature. Showcasing Ian, Barley, and half of their dad, the vibrant new poster is delightfully weird. With two moons, modern cars, and one of the aforementioned trash eating unicorns, it teases at the weird and wonderful world that awaits.

Set in a suburban fantasy world, Disney and Pixar’s “Onward” introduces two teenage elf brothers who embark on an extraoridinary quest to discover if there is still a little magic left out there. Pixar Animation Studios’ all-new original feature film is directed by Dan Scanlon and produced by Kori Rae – the team behind “Monsters University.”