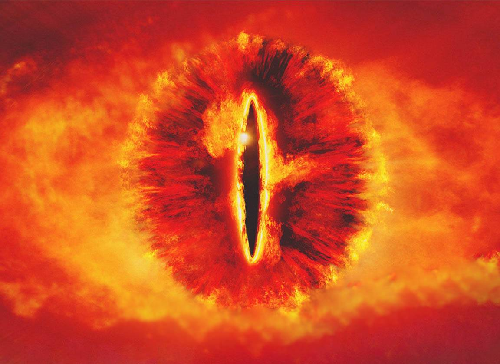 It’s typical for a streaming service to shell out big bucks for their original programming, but Amazon’s The Lord of the Rings takes the cake with a $500M budget to commit to the first two seasons of what is looking to be a series that they’re willing to shell out $1B in total for. And it looks like there’s a good reason that they’re spending so much: the series is likely going to have an absolutely epic episode count of up to twenty episodes for the first season.

In an interview with German fansite TolkienGesellschaft (hat tip HN Entertainment), literary scholar and Tolkein expert Tom Shippey spoke about the ambitious nature of the series and where they’ll be filming. If what he’s heard is correct, then The Lord of the Rings will be eschewing the typical 8-13 episode season that’s usual for a large-scale production like this in favor of something bigger:

“The exact [shooting] locations are, of course, uncertain, and it could well be several [places that they’ll film]. The shooting itself does not take place chronologically, but is oriented towards the locations. Logically, you try to bundle all the scenes that take place in one location and film them so that you have it done and don’t have to return to that place several times. But this also implies that everything has to be clear at the start of filming; you have to know the end. There’s supposed to be 20 episodes for the first season. So until they’ve decided what the end is going to be, they can’t start filming.”

If we presume that the $500M budget is evenly-divided between two seasons of 20 episodes, then we’re talking about a budget of $12.5M per episode. (That’s a lot of presumptions, but considering how expensive the show is, they’re fair to make.) That’s slightly less than the amount of money that HBO put into the later episodes of Game of Thrones, and there’s little doubt that The Lord of the Rings will be the most expensive show ever made by the time that it’s finished. Right now, we only have Shippey’s word to go off on, and Amazon have yet to confirm how few or many episodes will be made for the first season.

If the show’s as long as Shippey says, then it may be in Amazon’s best interests to think about how they’ll end up releasing the show. With this many episodes, releasing it in a traditional binge-friendly way is probably not in their best interests due to the extreme budget involved. Recent Amazon surprise hit The Boys managed to score a viewership figure that greatly exceeded their expectations, but that was with an eight-episode run that could easily be released in one go to encourage binge-watching. With The Lord of the Rings, it seems as though releasing episodes on a weekly basis, or at least in waves, would be a smart thing to do to encourage subscribers to stick around long-term instead of subscribing, binge-watching everything, and cancelling until the next season arrives.

Amazon’s The Lord of the Rings is in development, to arrive at an unspecified point in the future. Little is known about the series, other than that it will be set in the Second Age, before the rise of Sauron and the War of the Last Alliance that serve as the prologue to the film adaptation of The Fellowship of the Ring (itself based on Tolkien’s written lore).

Tags: AmazonThe Lord of the Rings