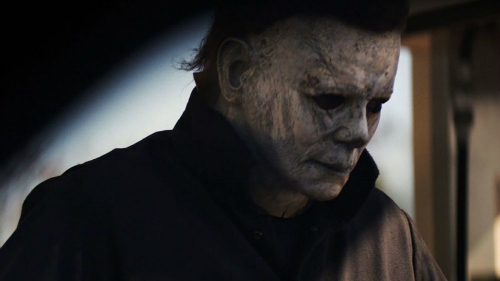 Two sequels to last year’s Halloween revival have been ordered, and if rumors are accurate, then they’ll be filmed back-to-back for October 2020 and October 2021 release dates.

Not that long ago, Collider got word that Universal and Blumhouse Productions were gearing up to start filming a sequel to the wildly-successful 2018 Halloween movie, with David Gordon Green set to direct once again, and production set to start right after Labor Day. Later, Bloody Disgusting added to the conversation by explaining that they’d heard that not only would Green and company be doing a sequel, but they’d also be filming a third film in Green’s trilogy, closing out the greater tetralogy of films that started back in 1978 with the original Halloween. The report speculated that both sequels would arrive in October 2020, which would be an unconventional business move, to say the least.

Today, it was confirmed that the rumors are true: two more Halloween sequels are happening. It’s not clear if they will film back-to-back this year, but with an overlapping cast and crew for both projects, it seems likely that they will to save money on scheduling and filming. However, they will be spaced out between two years instead of just one (which is a much smarter move), contrary to earlier speculation. You can view the announcement below:

David Gordon Green will direct both films, which will both be produced by Malek Akkad, Jason Blum, and Bill Block, and executive produced by John Carpenter, Jamie Lee Curtis, Jeanette Volturno, Couper Samuelson, Danny McBride, David Gordon Green, and Ryan Freimann. Halloween Kills will be written by Green, Danny McBride, and Scott Teems, while Halloween Ends will be written by Green, McBride, Paul Brad Logan, and Chris Bernier. Curtis has confirmed that she will return for the sequels, with Andi Matichek, Judy Greer, James Jude Courtney, and Nick Castle expected to return.