The poster features Elsa and Anna surrounded by mist in a mysterious forest, likely the same forest we saw them travelling through in the teaser, and is a stark contrast to Disney’s normally colourful affairs. Whilst Elsa and Anna are prominent and the central focus of the piece, the poster is dominated by the misty forest rather than our two heroines. It’s very in keeping with the air of mystery that was prevalent in the teaser trailer and gives a wonderful sense of foreboding to the poster. 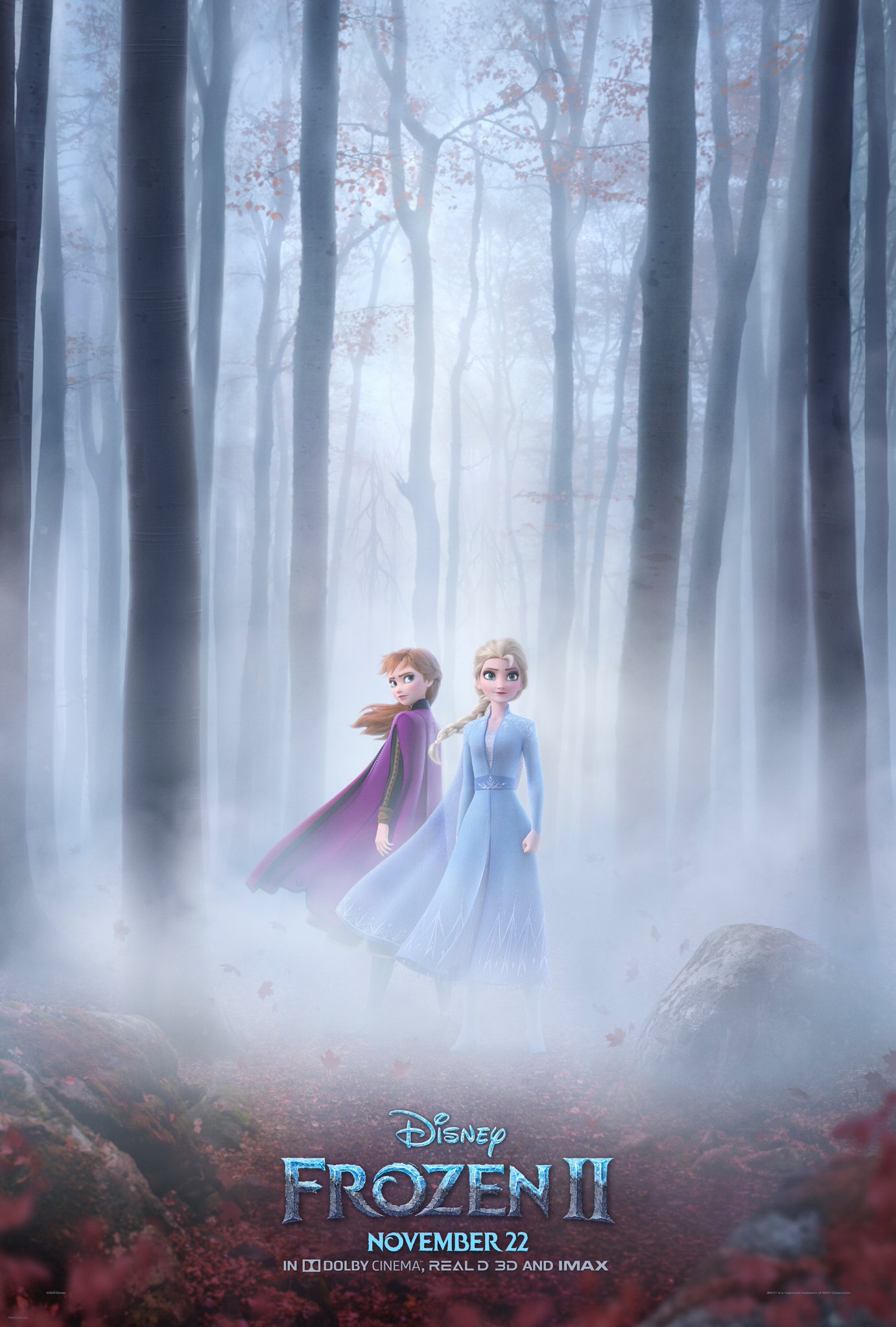 Along with the poster came the news that the full trailer for Frozen II will premiere tomorrow on ABC’s Good Morning America.

February’s teaser trailer gave the sense that something was coming, some new threat that Elsa and her friends must face, but gave no indication of what that might be. It even ended with Anna drawing Kristoff’s sword and running to strike an unseen foe. It made me go from ambivalent about a sequel to excited to see what writers Jennifer Lee and Allison Schroeder have come up with. What come easily have been a quick cash grab instead had an air of mystery, and I’m looking forward to seeing the curtain pulled back a little more when the full trailer premieres tomorrow morning.

Frozen II is directed by Jennifer Lee and stars the voice talents of Idina Menzel, Kristen Bell, Jonathan Groff, Josh Gad, Evan Rachel Wood, and Sterling K. Brown. There are rumors that Santino Fontana is also returning as the villainous Prince Hans but this has not been confirmed. Perhaps we’ll learn more tomorrow.