Disney released the teaser trailer for the highly anticipated Frozen II today, with the first look at Elsa’s return striking a surprisingly sombre note. Elsa may have found her place at the end of 2013’s Frozen but it’s clear that something new is threatening the Queen of Arendelle, her friends, and possibly her kingdom.

The teaser opens with Elsa staring out at the crashing waves, before running out into the sea. Though her powers allow her to walk on water, the stormy sea proves too much for her as the ice breaks and she plunges into the depths.

The rest of the teaser gives us quick glimpses at the heroes of the first Frozen. Anna on the palace balcony, looking out at what appears to be mysteriously floating ice crystals. Kristoff riding Sven through a forest, both looking determined with an army of reindeer behind them. Anna, alone in a dark cave. As the music changes to a version of Vuelie from the first movie, we see Elsa using her powers to protect herself and Olaf from a pink mist. A quick glimpse of two new characters in the woods. Our heroes, standing on a mountaintop, looking out over the forest in Fall. Before ending with a shot of our heroes in the forest, approached by an unseen assailant as Anna grabs Kristoff’s sword to strike.

The trailer certain strikes an epic feel. It would have been easy for Disney to do a quick cash in and sell the film purely on the popularity of the characters. Instead they’re teasing a mystery, with a teaser that gives nothing away but at the same time grabs your attention and makes you want to know more. It’s been six years since the first Frozen but it looks like Disney have come up with a story that might just be worth the wait. 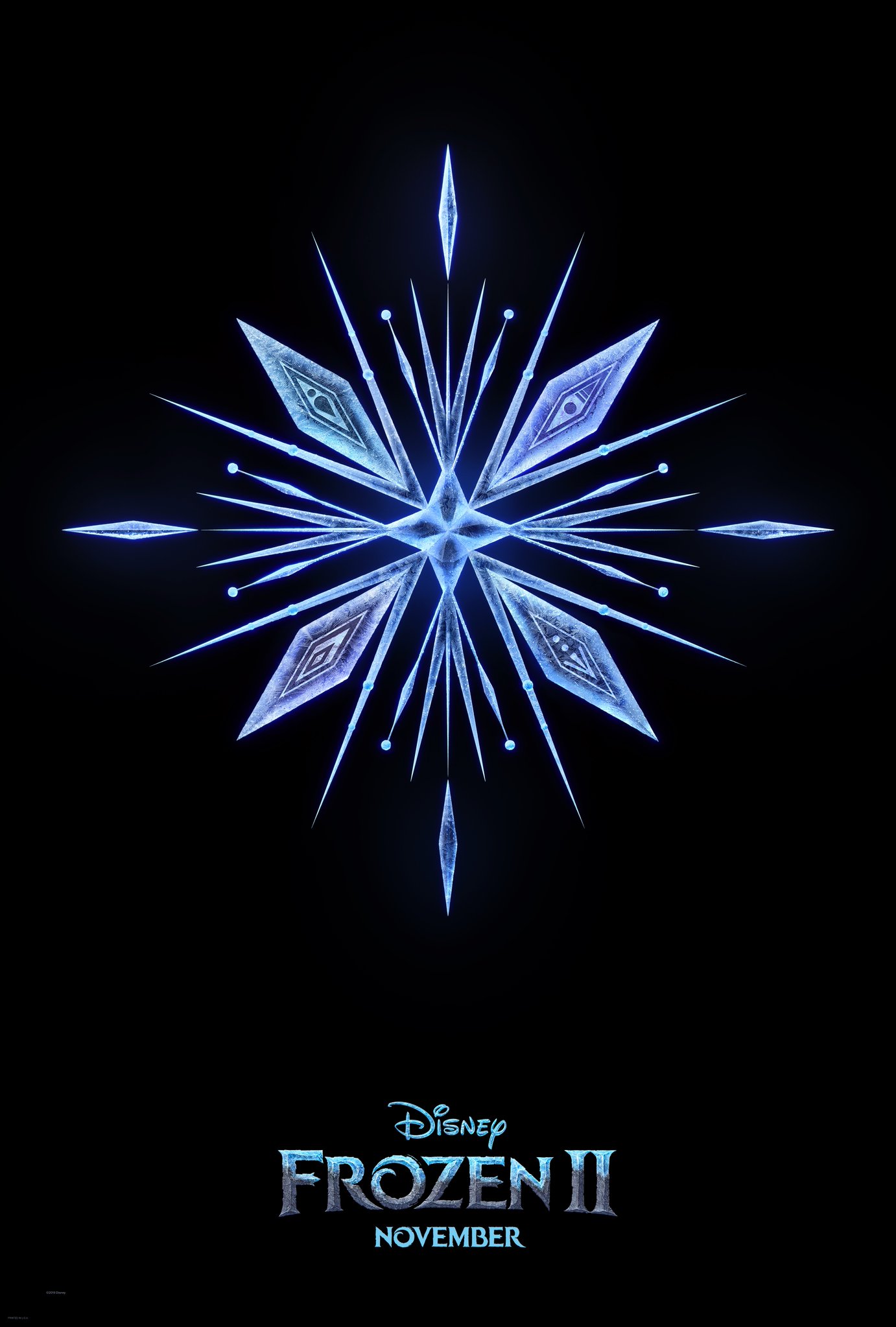 The teaser poster is both striking and simple. A single snowflake, the points looking to contain the same symbols as the ice crystals Anna sees in the trailer, against an ominous black background, with the Frozen II logo itself transitioning from an icy blue to black.