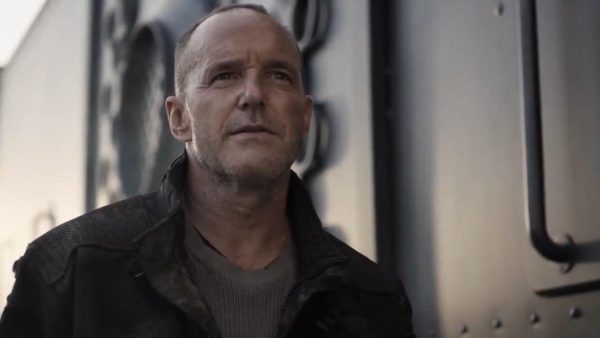 Marvel’s Agents of S.H.I.E.L.D. returns to the small screen on Friday, and we’ve got a new trailer for Season 6 that teases what’s to come.

The big reveal from the new season’s teaser was that Clark Gregg is back, but not as Phil Coulson. Instead, he’s a new alien enemy, simply called Sarge, who has arrived on Earth. This doppelgänger wants to destroy Earth, and considering this season takes place a year after the events of Season 5 (and therefore, before the majority of events in Avengers: Endgame), the Avengers aren’t really available to deal with this threat right now.

Season 5 of Agents of S.H.I.E.L.D. ended with the deaths of two major characters: Coulson, who didn’t die in the episode itself, but succumbed to past injuries before the events of Season 6, and Fitz, who was crushed by a building, and is technically now from a timeline that no longer exists. While the gang’s initial mission this season is to recover the present-day Fitz from his cryo-chamber in space (the Fitz who died last year traveled back from the future with the rest of the team, so there’s still time to grab present-day Fitz before he wakes up in a few decades), it would seem that Coulson is gone for good.

The trailer shows the team still grieving over the death of their former leader, so the arrival of an enemy who looks exactly like him is bound to elicit some complicated emotions. The trailer also appears to suggest that Deke is a VIP that S.H.I.E.L.D. is focused on protecting, which may offer a clue as to what Sarge is doing on Earth (other than destroying it). Sarge might have come from the timeline that the team traveled back from last season. In that future, Earth had been destroyed after a battle between Quake and Graviton. S.H.I.E.L.D. prevented that from happening last season, but perhaps he’s here to correct that. Deke also shouldn’t really be on Earth. He is the grandson of Fitz and Simmons from the future, and hasn’t been born yet in the current timeline, so it could be Sarge’s job to remove him.

Of course, the trailer didn’t confirm any of this so it will be interesting to see what Sarge’s backstory really is when the new season starts back up on Friday. For more updates on Marvel’s Agents of S.H.I.E.L.D. stay tuned to Movie News Net.