Filling in the Gaps: The Big Sleep 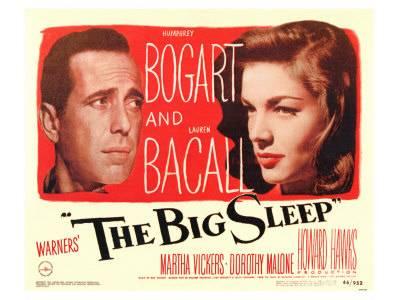 The Big Sleep was actually the first film I watched for this series.  But with it being such a dense movie and the introduction of this recurring feature running long, I opted to start off with the light weight and fun The Thin Man.  As surprising as it may seem, these films share a lot of similarities.  While The Thin Man is clearly a comedy first mystery movie and The Big Sleep is a dark film noir, both rely on the chemistry of their leads and treat the mysteries at the center of their plots as secondary to their real draw.

The Big Sleep is notorious in classic cinema for having one of the most convoluted and difficult to understand plots in early cinema.  At its core, it is your basic private detective looks for a missing person movie.   Bogart’s Phillip Marlow is hired by the elderly and sickly General Sternwood (Charles Waldron) to help get rid of some gambling debts his youngest daughter (Martha Vickers) has racked up.  But, before he can even get out the door the General’s eldest daughter (Bacall) is cluing Marlowe into much deeper mystery regarding the disappearance of the General’s former fixer and family friend Sean Regan. 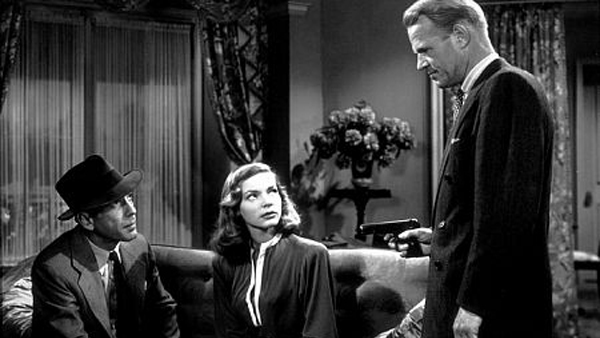 From here, Marlowe stumbles into a deep mystery involving rare book dealers, blackmail, pornography, and quite a few murders.  The plot gets so thick  that one culprit behind one of the many murders in the movie is never even revealed.  Famously, even the writer of the book on which the film is based (Raymond Chandler), when asked by Bogart via director Howard Hawks was at a loss when they tried to figure out just who had killed that chauffeur.

And therein lies the base for one of the two things that The Big Sleep has become famous for.  The plot goes all over the place.  Modern viewers who are accustomed to having every plot point spelled out for them may find the mystery of this movie a bit hard to swallow.  Part of the problem here comes from the era in which the movie was made.  Some aspects, like the pornography ring at the center of the film’s mystery, were far to risqué for the censors of the time.  So certain aspects of the film’s mystery are only hinted at.  But most of the time its not very hard to get an idea as to what is going on. 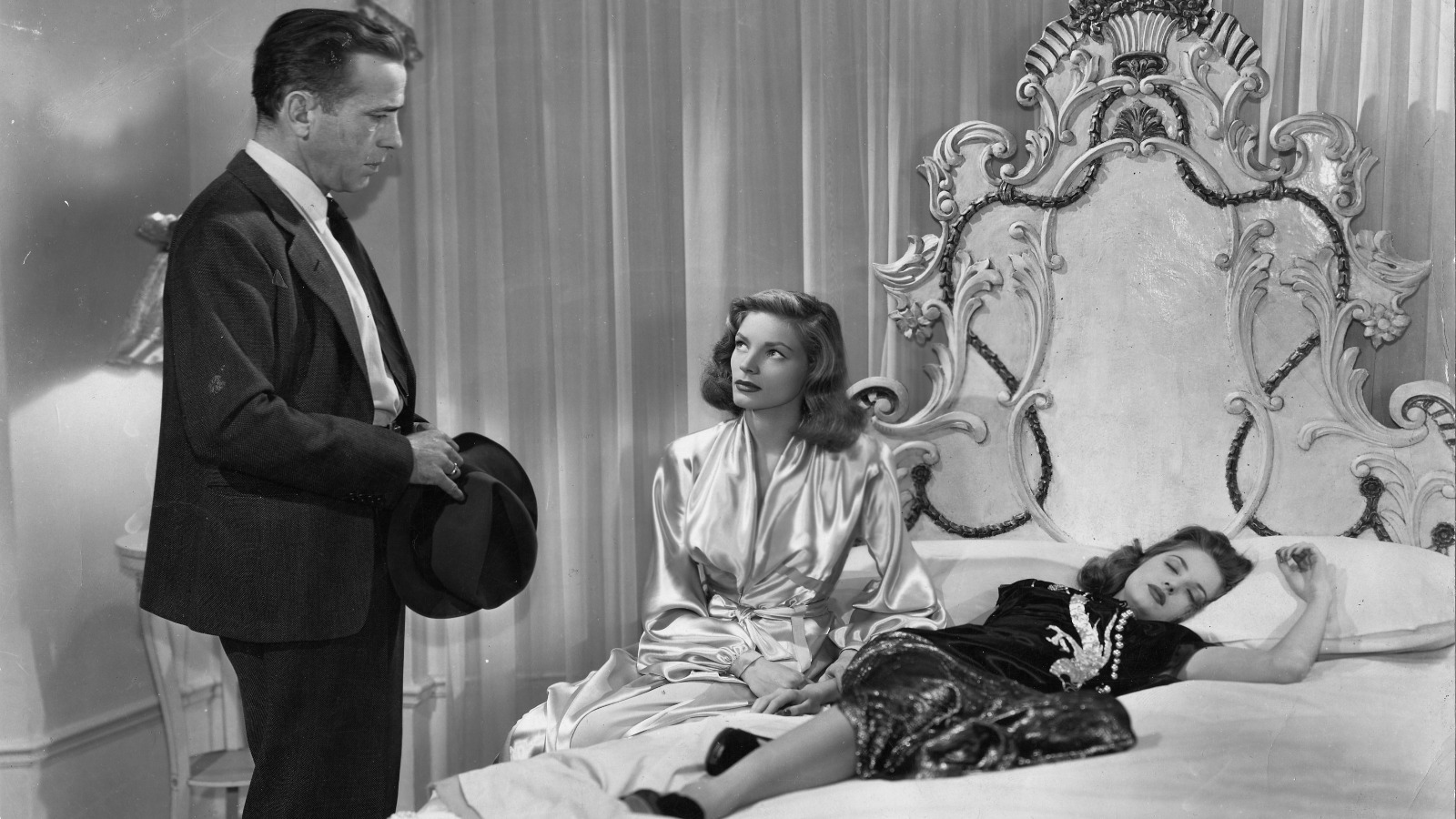 Other aspects of the mystery are left purposely vague.  Marlowe is deep into an investigation that spans many suspects and criminal organizations with so many conflicting motives that the audience is left just as disoriented as the detective.  Watching as a modern viewer, I couldn’t help but see a number of similarities to my own personal favorite modern noir, LA Confidential.  Just like that film, the characters at the center of the film slowly reveal more and more complicated motives as the plot crawls on, revealing more and more complexity at every turn.  Never sure who to trust and always a surprise around the next corner.

I found it wasn’t that difficult to rationalize the missing pieces of the plot in my mind to come up with a complete narrative.  But, if you are one who can’t stand loose ends or plot holes, then this movie may not be for you.  But, much like last week’s The Thin Man, the plot is not the main draw here.  Its the the chemistry of the leads.

The Big Sleep features an array of interesting characters even outside of its leads.  Reportedly, Vickers originally stole the show so much as Bacall’s wild younger sister, that reshoots were demanded by Bacall’s agent to give the star some better material to work with and cut some of the younger Sternwood’s more memorable scenes to keep her from stealing the show. 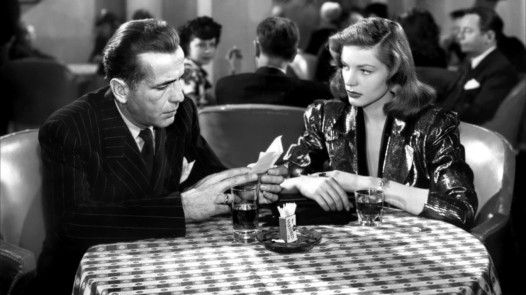 In the final product it is pretty seamless.  Bogart and Bacall were not married when The Big Sleep was made, but their chemistry is undeniable.  There are great scenes throughout, but when the two of them share the screen it is hard to pull your eyes away.  Any loss of plot coherence due to the scenes that were added or excised to make that chemistry pop was likely well worth it.  Apparently, the original 1945 version of the film that was made before the reshoots, is available.  I have not seen it, but from what I have read it is considered a lesser version and lacking some of that great Bogie/Bacall chemistry.

In the end, The Big Sleep is a great film that should play well with most modern audiences.  Complicated plots, dark motives, and betrayal have become the formula for this type of movie.  But here in its earliest stages it feels pure and unfiltered even if that can sometimes lead to a less coherent plot.  As long as you aren’t the type to dismiss a movie if everything isn’t sufficiently explained, this is a great movie and very easy to watch.

Recommended for lovers of Film Noir, mysteries, old Hollywood and Bogie and Bacall.