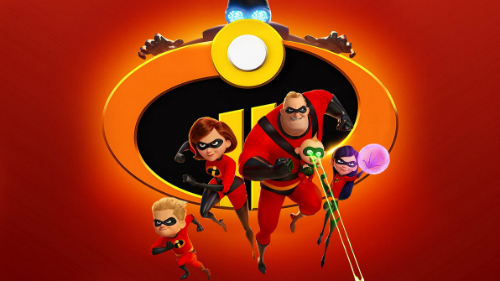 The wait is over! After 14 years, fans will finally get see the return of the Incredibles family! But after so much time, was the animated sequel worth the wait?

I’m not sure if Pixar needed to wait for Brad Bird in order to make an Incredibles sequel, but I’m certainly glad they did. The Incredibles was Bird’s original creation after all, so his understanding of our favorite superhero family is excellent. And after a disappointing live-action film like Tomorrowland, it’s good to see Bird return-to-form.

In an attempt to legalize superhero activity, Elastigirl springs into action with Winston Deavor, a telecommunications tycoon who has a plan to regain the general public’s support of supers. Meanwhile, Mr. Incredible is tasked with his greatest challenge yet – handling the responsibility of his three children.

Incredibles 2 picks up immediately after the events of the first film so audiences are able to get right back into this world without having missed a thing. It also helps that Holly Hunter, Craig T. Nelson, Sarah Vowell, Samuel L. Jackson, Brad Bird, and Jonathan Banks all return to voice the beloved characters from the original film. If you watch The Incredibles double feature, then it’s almost as if no time has passed at all. The only original voice actor who could not return for this film was Spencer Fox as Dash – he went through puberty since the first film’s release – but Huck Millner does a solid job as his replacement. 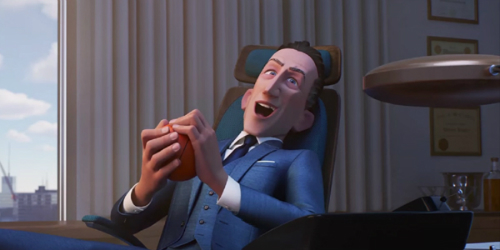 The new cast members also do a solid job, but I particularly enjoyed Bob Odenkirk’s work. Odenkirk does the voice of Winston Deavor, and he’s just a fun character all the way around. He reminds me of what would’ve happened if Jimmy McGill were actually a successful lawyer or business man, which is just nice image to have in my head. I mean, c’mon, who doesn’t love Bob Odenkirk?

Michael Giacchino also returns to score the film’s soundtrack, and his work is great! I’m a big fan of Giacchino, but some of his soundtracks don’t always resonate as well as I’d like them to. Well that is no problem with the Incredibles 2. His upbeat and jazzy music perfectly matches the energetic tempo of the entire film. The Incredibles just wouldn’t be as much fun if it weren’t for Giacchino’s score. The action is already great as it is, but with Giacchino’s score, the movie just comes to life.

Speaking of action, I was honestly impressed with how visually engaging the action scenes in this movie are. The first movie had a handful of memorable sequences, but the action in Incredibles 2 may even be better than that. Every single action beat had an incredible (no pun intended) sense of fun, originality, and liveliness. I’m sure the improvements in animation over the years helped aid in making these sequences feel so visually stimulating. The animation in Incredibles 2 is sharper, more stylized, and even warmer than ever before. It’s amazing getting to see how far visual effects and animation has come since the first film.

Some things I thought weren’t improved upon, however, were the script and the pacing. Unlike the first film, it’s pretty easy to guess exactly where the film going. And I was surprised to see that the movie montages through certain plot points rather quickly. The Incredibles wasn’t afraid to take its time and gradually develop its story, but Incredibles 2 seems to rush from story beat to story beat. But fast pacing and a predictable story are minor complaints compared to the biggest let down of the movie. 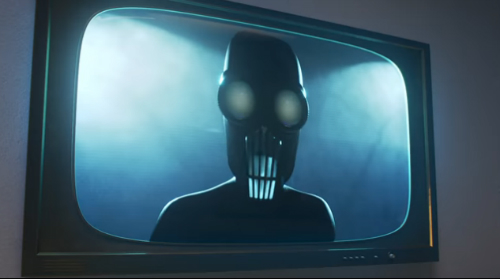 The main villain, Screenslaver, is weak. Syndrome was such an absolutely fantastic villain that felt fully fleshed out and well-realized that I’m sure any villainous successor would have paled in comparison. That being said, Screenslaver is still a weak character on his own. His presence was intimidating, and his design was pretty cool, but that wasn’t enough to keep me invested his story. To be honest, his motivations and evil master plan are still pretty unclear to me.

The setting of this movie is also unclear to me. The Incredibles is technically supposed to be a period piece, right? It’s supposed to be set in the 1960s? So I’m confused as to why everyone seems to have advanced technology so readily available. Syndrome had some futuristic equipment in the first film, but the rest of that movie felt pretty grounded otherwise – as if that’s what the world would look like if some people were born with superpowers. But Incredibles 2 loses that sense of reality. I know we have to suspend our disbelief (yes, I know it’s silly that one character can stretch unbelievably far and another can shoot ice out of his hands) but one character in this movie is literally just a sentient owl. Owl people? What universe is this? The Outer Limits? All I’m trying to say is, I wish there were more clear indications of when and where this story is supposed to take place. I’m not even sure if most audience members realize this movie is set in the 60s after all. They may even be forgiven for thinking that the film is actually set in the future with how much advanced technological miracles exist.

At the end of the day, Incredibles 2 is an outstandingly fun family film that is a great addition to Pixar’s filmography. The sequel may not reach the heights of a movie like Toy Story 2, but it comes pretty close to something like Finding Dory. At the very least, it’s a good superhero film that could easily pass for a Marvel movie (if any of them were ever animated).