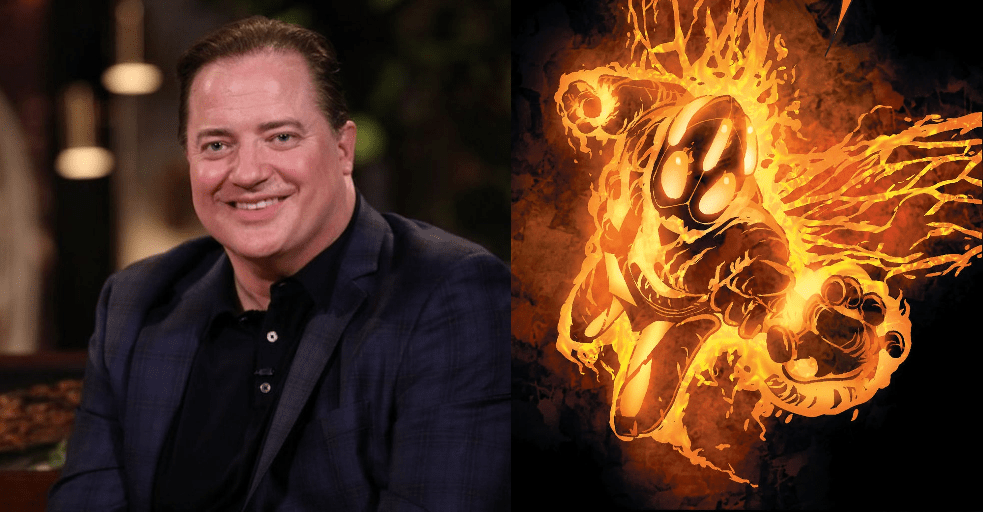 Brendan Fraser is no stranger to DC with his role as Robotman in Doom Patrol, but now he’s taking a step toward joining DC in the realm of film adaptations – even if it’s still on the small screen. Word is that he’ll be portraying Firefly, the primary antagonist of the HBO Max film Batgirl.

Deadline has reported that Fraser is set to portray the main villain of the Batgirl movie, which while not 100% confirmed, appears to be based on Firefly, a flying pyromaniac Batman villain. (The Illuminerdi first reported that Firefly would be involved with the story. UPDATE: After the publication of this story, Warner Bros. confirmed to insiders that Fraser is indeed playing Firefly.) However, Firefly also carries significance to the Batgirl mythology in that he was the primary antagonist of Batgirl: Year One, which is an origin story as the title suggests. The buzz around the project suggests that Year One will be a huge influence for the film that they’ll make, so having Batgirl confront the flying arsonist in her earlier years would make the most sense in a showcase of her rise as a superhero. One of the tie-in comics to Batman v Superman actually featured a scene of Batman fighting the character, although it’s not clear if the tie-in comic is going to be treated as canonical. Nonetheless, Fraser’s age suggests that this character has encountered Batman before (and likely James Gordon, Batgirl’s father, by extension), which could lead to an interesting narrative.

Batgirl is currently in development for HBO Max. The film stars Leslie Grace as Barbara Gordon / Batgirl, J. K. Simmons as James Gordon, Brendan Fraser as Garfield Lynns / Firefly, and Jacob Scipio in an undisclosed role. Bruce Wayne / Batman will also appear in the film, although at this time it’s unclear if this refers to Ben Affleck, who has portrayed DCEU Batman so far, or Michael Keaton, who will be joining the DCEU as an older version of his Batman, crossing over from the Tim Burton-directed Batman movies. The film will be directed by Adil El Arbi and Bilall Fallah, who co-directed Bad Boys for Life, and written by Leslie Hodson, who previously worked on Birds of Prey (and the Fantabulous Emancipation of One Harley Quinn) and scripted the 2022 adaptation of The Flash.