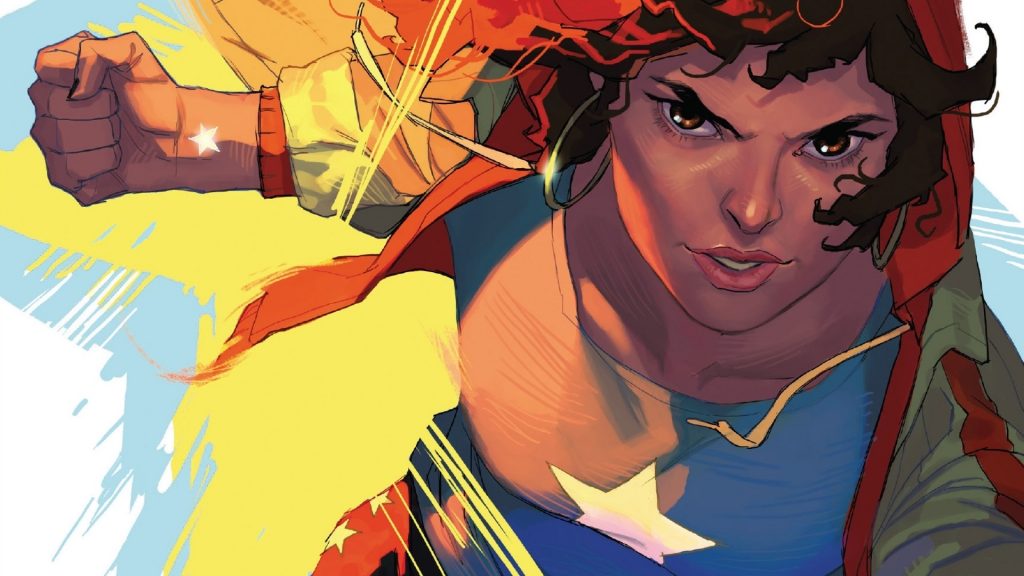 It appears the Sorcerer Supreme will have to babysit more than just Spider-Man in Phase 4.

Deadline is reporting than 14-year-old actress Xochitl Gomez (Shadow Wolves, The Baby-Sitter’s Club) is joining the Doctor Strange sequel. Plot and character details remain a secret, but we can guess she will be playing America Chavez a.k.a. Miss America. Rumors surrounding the character’s appearance in the movie have been circulating for a while now.

In the comics, America Chavez is the second character to use the moniker Miss America, after Madelyn Joice. She first appeared in the 2011 limited series Vengeance, with later appearances including Young Avengers and Ultimates. In 2017, she finally got a solo series titled America. She is Marvel’s first Latin-American LGBTQ character to star in an ongoing series.

Chavez was raised in a reality which is out of time and eventually threatened by destruction. She then leaves her home, jumps across different realities, and finally adopts the moniker Miss America in order to act as a superhero. Her powers include superhuman strength, speed, flight, and inter-dimensional travel. Of course, her origins might change in Doctor Strange in the Multiverse of Madness, but one can see why she fits the sequel’s narrative.

The Sam Raimi-directed magical adventure (and seemingly central piece of the MCU’s Phase 4) will start shooting after Benedict Cumberbatch plays his part in the currently untitled Spider-Man 3 alongside Tom Holland. The movie is currently aiming for a March 25, 2022, release date.

Tags: Doctor Strange In The Multiverse Of MadnessMarvelMiss America