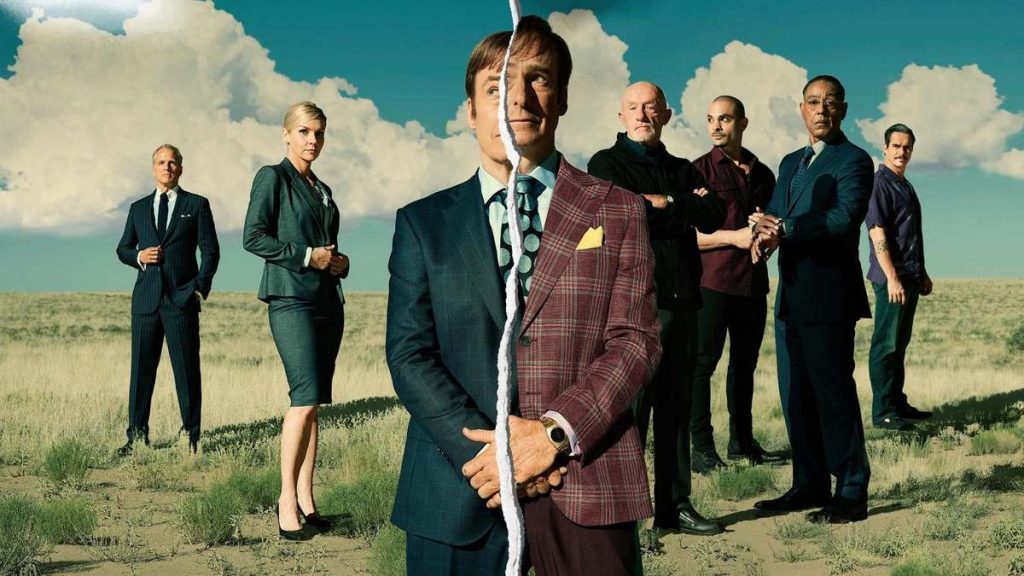 “Namaste” is another solid entry in the impressive start of season five. This episode continues many of the story threads that were introduced in the previous episode, and we get to see Saul Goodman in courtroom action.

The episode begins with a cold open of sorts as Jimmy is shopping at a local antique shop, looking for things he can lift up/throw. He tries several different items until he lands on three bowling balls, even negotiating another deal for himself in the process. It’s unclear what the bowling balls will be used for until the end of the episode.

We then see Saul visiting two inmates that are seeking legal council that Saul is willing to provide, but it’s clear that the situation with Lalo in the previous episode has given him some extra confidence. He throws out the amount of money he was paid in his previous case and seems disinterested until they agree to hire him.

“Namaste” paints an even clearer picture of the difference between Saul and Kim. Despite the way they come together, manipulate others, and make a mess of things, Kim always feels guilty and wants to clean up the mess. The morning after they threw beer bottles off the balcony, they see the broken pieces on the ground and Saul says someone from the building will take care of it. However, Kim literally sweeps it up herself, and tries to clean up the mess she made, which is a microcosm of her story in this episode. 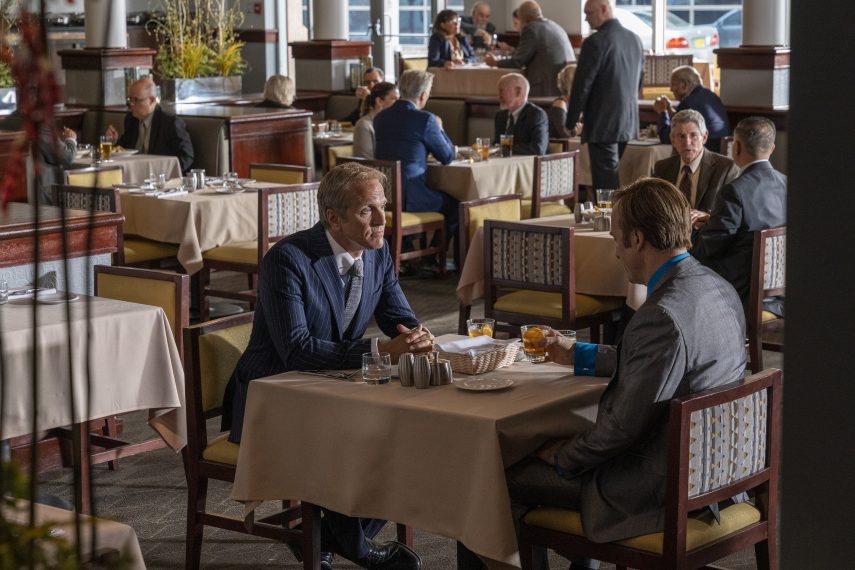 Jimmy keeps the lunch date he made with Howard in one of the more satisfying scenes in this episode. Even though I could see this coming, it was still a little surprising to see Howard  actually offer Jimmy a job after everything that’s happened. We don’t get to see Jimmy’s response until the final moments of the episode, but I’ll give you a hint: it involves three bowling balls. 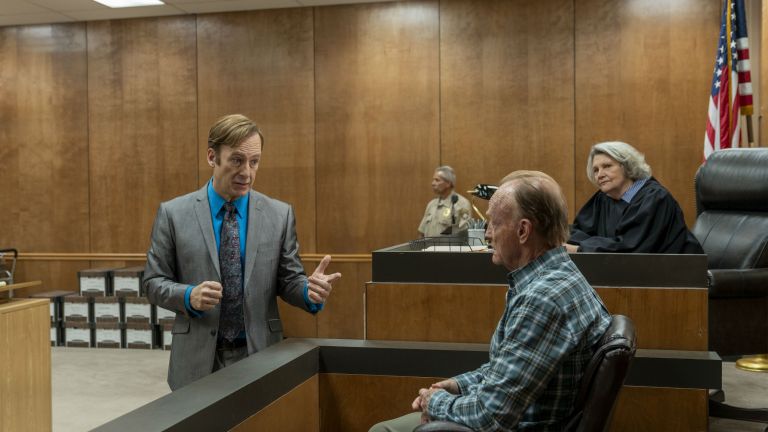 My favorite part of this episode was getting to see Saul Goodman in courtroom action. In a show about lawyers, we really don’t get to see enough in the courtroom, so this was nice to see. Saul pulls another brilliant stunt, and he gets a mistrial by having the witness identify the wrong defendant, as the actual defendant was sitting in the back of the courtroom. Thus, the unreliable testimony of the witness was revealed… great stuff.

At this point, Kim has once again reached the desperation of asking Jimmy for help, because she can’t convince her partners at Mesa Verde to let Mr. Acker keep his home. Saul becomes his attorney by showing him a picture of something I won’t describe here, which convinces Mr. Acker that Saul will fight for the “little guy” to take out the big machine of the corporate world. This is essentially what Saul represents as Jimmy described who Saul is to Howard earlier in the episode.

While this episode focuses on continuing the character development of Jimmy/Saul and Kim, we also get a few scenes with supporting characters. We get to see Hank and Gomie again (which is always a treat), as they stake out the drop location that Krazy 8 revealed in the previous episode. This scene is inter-cut with an unusually vulnerable Gus Fring waiting for a telephone call about these very events. Finally, Mike once again walks past the gang, basically asking for another fight, and he gets beat down and stabbed in the process. It seems like he feels the need to be punished for taking an innocent life at the end of season four.

Toward the end of the episode, we finally get Jimmy’s answer to Howard’s job proposal. We already know what his answer will be, because working for Howard would ultimately go against everything he stands for at this point. Thus, the reason behind the purchase of the bowling balls is revealed, as he chucks (no pun intended) them over a fence and onto Howard’s car.

This was another great entry in the fantastic season five. If you haven’t watched yet, now is the time to catch up. If you have, I’d love to see what you think of the season so far in the comments section!