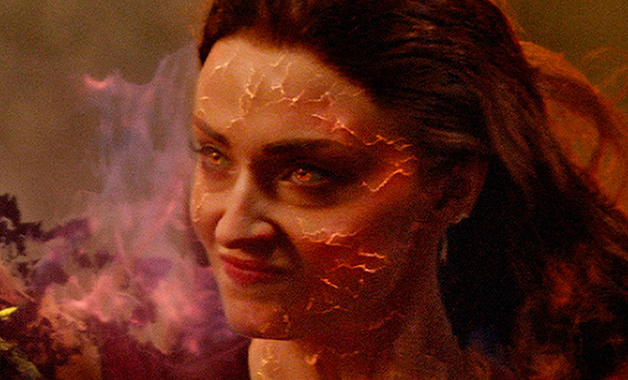 Dark Phoenix, the final main-series movie in Fox’s long-running X-Men franchise, had a tumultuous development process as it headed to the big screen, compounded by executive meddling and a corporate acquisition by Disney that overshadowed the film. Here are the details on what went on at Fox behind the scenes.

In an earlier report from Deadline about how the movie is on-track to take a $100M+ bath in red ink, it was officially confirmed that Dark Phoenix was originally meant to be a two-part story that was quickly condensed down to one film near the end of pre-production. While the project was originally planned to release in a non-Summer window due to being designed more as a psychological character study instead of being a crowd-pleasing blockbuster, Fox executive Stacy Snider influenced the decision for the movie to be pushed back to a June release window. In addition, they also report that the marketing team for Dark Phoenix involved a number of temporary workers, many of whom weren’t aware of the release date changes and were critical of the content that was being produced to promote the film. To add insult to injury, Disney intended to put their marketing machine behind the film through avenues like Disney Channel, but at that point, it was too late to get the material out there.

Furthermore, the original ending that was planned reportedly involved most of the X-Men and Brotherhood being apprehended by a government task agency (as it was in the film), but Phoenix, Cyclops, and Professor X would escape. Meanwhile, the big villain Vuk would call on an alien invasion to attack the United Nations in New York City, and the three would have to work together to stop it. While Deadline denies that the decision to make these changes had to do with some similarities to the ending of Captain Marvel, the very end of the action sequence involving Phoenix going up into space and taking on invading spaceships sounds an awful lot like the climax of the Marvel Studios film; it’s just that Fox employees wouldn’t have been aware of these changes until after that movie came out. In any case, the ending was cut when it didn’t test well with audiences, who wanted to see more of the other Mutants and responded poorly to the planned demise of Jean Grey – and thus, the big action sequence on the train came to be, along with the final shot of the movie confirming that Phoenix survived. 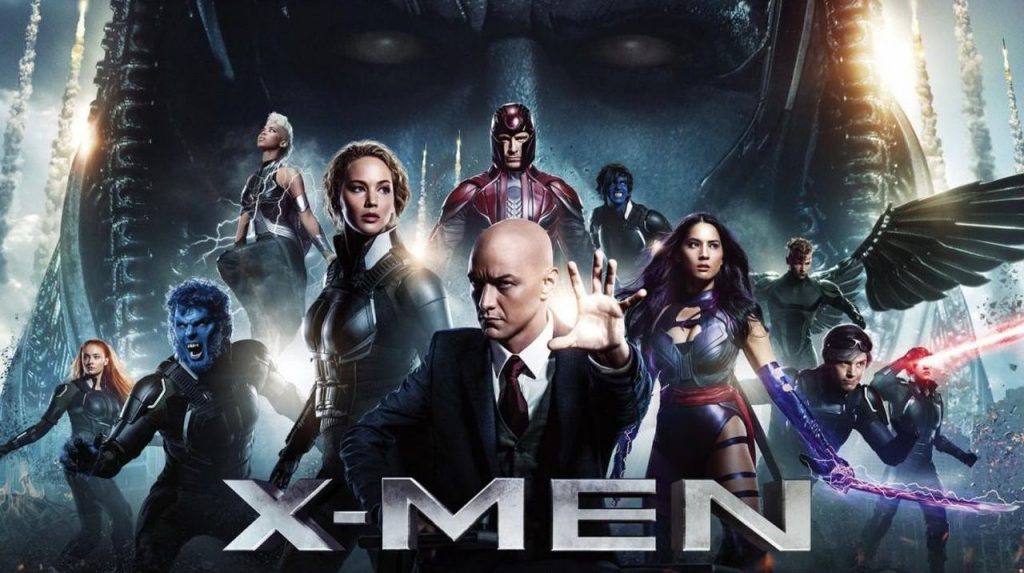 The Hollywood Reporter shed more light on the situation, more on the corporate side of the equation. THR’s source indicated that the general takeaway that executives had in the wake of poor reception to X-Men: Apocalypse, the predecessor to Dark Phoenix, was that the next movie in the series needed to be less focused on spectacle, and not concerns that audiences were losing interest in the franchise itself. However, upon reflection, the source said that “We were wrong [to not see the warning signs].” It was deemed necessary, then, for longtime X-Men producer Simon Kinberg (who took over for X-Men: Days of Future Past and Apocalypse director Bryan Singer on the days where he was inexplicably absent from the set of the film, which was more frequent in the latter production than the former) to become the full-time director of Dark Phoenix. (Deadline also noted that Kinberg took over directing the reshoots on Fant4stic after the studio was unhappy with the initial cut presented by director Josh Trank.) While the contracts of the lead cast expired with Apocalypse, they agreed to come back for one last project because they enjoyed working with Kinberg.

Reshoots were ordered for October 2018 due to some concerns about the film and the scheduling of key actors, leading to the first of two delays for the movie (pushing the film back to February 2019) to allow the last few scenes to have the post-production effort that they needed. The result was two weeks of additional principal photography and three weeks of second unit filming that both happened at the same time. After they were completed, a second delay to June 2019 was put into place to give the James Cameron-produced Alita: Battle Angel a more favorable release date, which proved to be to that movie’s benefit compared to the slaughter it would have faced in an overcrowded December 2018. This was against the wishes of the producers working on Dark Phoenix, who wanted the movie to be outside of the Summer window. Tracking for the movie was subsequently poor by the franchise’s standards, with definite awareness on the project never rising above a 75 out of 100 possible points; prior to Dark Phoenix, no X-Men movie had ever scored below a 90.

Since the movie’s release, between poor reception and a weak financial performance, things have not been happy at the Fox. X-Men movie and television producer Lauren Shuler Donner distanced herself from the project in a now-deleted statement via her Twitter page: “Save your condolences. I had zero, nothing to do with Dark Phoenix. Or Apocalypse, or New Mutants.” She clarified that she has not yet seen the still-unreleased The New Mutants and did not mean to disparage the film, but Donner herself has shifted her involvement with the franchise to the shows The Gifted and Legion, the former of which was cancelled due to poor ratings and the latter of which is wrapping up with a third and final season, which was always the intent of the show according to showrunner Noah Hawley.

Perhaps most interesting is a comment from one former Fox executive that THR came across: “If the merger didn’t happen, some of these people would be worried about their jobs. If the merger didn’t happen, people would be clamoring for Fox to do what Sony did with Spider-Man and ask for Marvel’s help.” Indeed, prior to the Disney-Fox merger, this was a scenario that Marvel fans were hoping would happen as a way of allowing Fox to remain autonomous as a company while still sharing the characters that they own with Marvel Studios, much like Sony is doing now while still developing projects unrelated to the partnership. But in spite of the film’s massive underperformance, there seems to be a sense of optimism where executives are concerned; up until now, the X-Men brand has been strong, and the company that’s inheriting the IP is likely to take the franchise to a completely new level.

Lastly, there are a set of rumors that I’d like to go over. While these haven’t been confirmed by major outlets, the details shared here match up with other details given in reports shared by the trades linked to above. One user on ATRL with claims of inside knowledge on the project suggested that a big reason for the decision to cut Dark Phoenix down to one film had to do with the Disney-Fox merger; while most Fox employees didn’t hear about it until it was formally revealed through CNBC, execs caught wind of the situation weeks before it became public, and as such, it may have influenced Fox’s call to reduce Dark Phoenix‘s scope down to a single installment. That decision was abrupt, coming around two months before the end of pre-production, and well after the completion of a two-part script. However, the sets for both of the intended films had been completed, and the action sequences were being filmed first, so the movie had to be rewritten to include both sets. 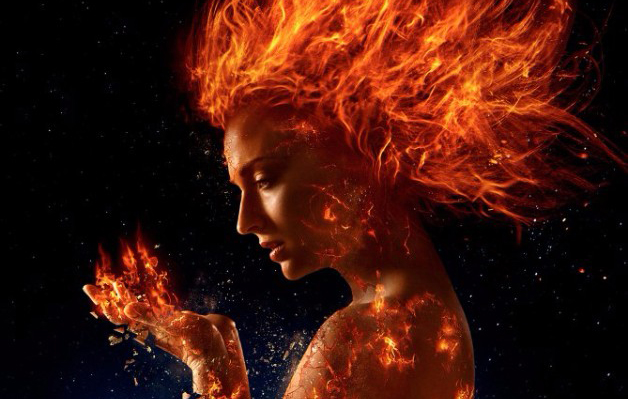 According to the poster, the climactic sequence of the first film would have been a scaled-up version of the street battle that happens at before Magneto confronts Jean. The sequence involving the attack on the United Nations would have happened at the end of the second film, but was instead initially revised to serve as the climax of the film. While the executives at Fox were expecting a sequence akin to the end of The Avengers, what they got was instead a scene involving only three of the Mutants, including Jean Grey in her Phoenix form that was originally revealed through Entertainment Weekly (with an alternate look shown above). The rest of the actors were simply unavailable to film at this time due to commitments to other projects. Test audiences were underwhelmed and had larger expectations, much like the executives, and the plan was going to be to bolster the size of the final battle to include the characters featured earlier in the film. But there was a problem: the massive sets that had been built for the scene had been destroyed, and since it was deemed too expensive and time-consuming to rebuild the sets and add scenes with the other characters, they opted to scrap the concept and start over with a new climax, which resulted in the all-new train sequence.

What’s also interesting is what was cut out of the two-part script. Originally, Jessica Chastain was hired to portray Lilandra, the ruler of the Shi’ar alien race, and the species would have their backstory fully fleshed out in order to serve a similar role to the one that they played in the original comics (being a third party that want to take action against the Dark Phoenix not because they want her power, but because they want to protect themselves and other spacefaring species from the wrath of the Phoenix Force, and also a love interest to Professor X). Lilandra was also expected to give a grand speech with the entire world watching, but this was omitted. However, Kinberg knew that he would not be able to focus on the Shi’ar wit a single, two-hour movie, so Chastain’s character was changed to be the D’Bari character Vuk and was given more generic “take over the universe” aspirations to keep the focus more on the X-Men. Due to rewrites, Chastain did not begin filming until two and a half months after the other cast members did.

In addition, other characters from the previous films were expected to return, including Oliva Munn’s Psylocke and Lana Condor’s Jubilee, both of whom appeared in Apocalypse. Munn left the project to film The Predator and had her character replaced by Kota Eberhardt’s Selene. Condor was meant to help lead the supporing cast of characters for future installments, but all of the characters were cut as the script was whittled down significantly to fit one film. One final rumor of note from the ATRL poster is that the film’s first trailer was originally meant to double as the announcement that the film would be delayed a second time, a point that was told to the company cutting the trailer together. However, the trailer that was released included the February release date, which led to an awkward move by Fox to announce the second delay after the trailer’s release.

In general, it sounds a lot like Dark Phoenix, as a two-part film, would have been considerably more satisfying than the film that was released. However, the project was a victim of bad timing, and the studio instead put together a smaller-scale movie that didn’t really hit the marks that people were hoping that it would. Marvel Studios will no doubt adapt the entirety of the Phoenix Saga one day, but it’s not likely that they’ll be in a hurry to get to the story when there are plenty of others that could set it and several other stories up. Hopefully, the third time will be the charm, and the Phoenix will be able to truly rise from the ashes.

Dark Phoenix is currently playing in theaters. You can read our review of the film here.