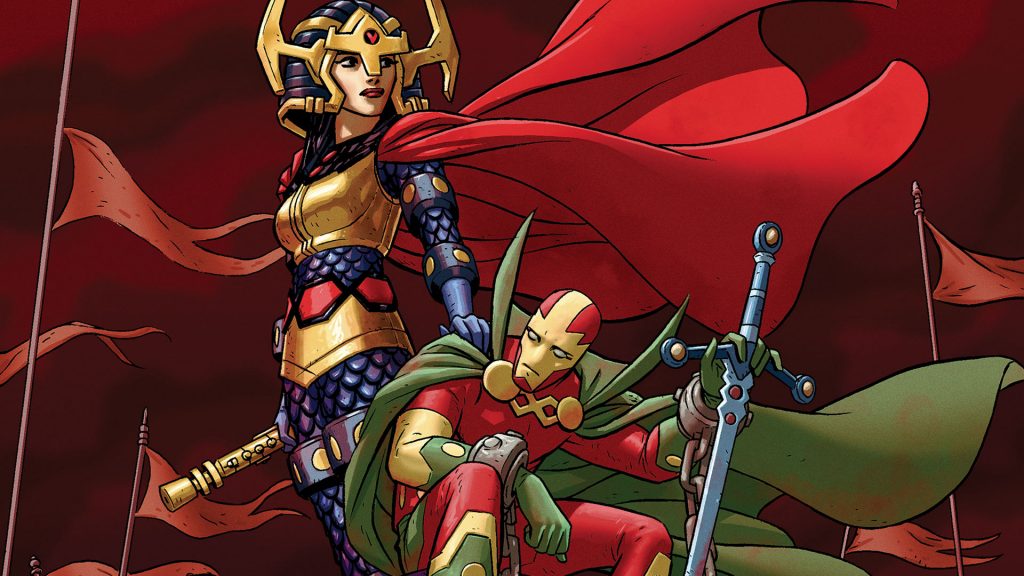 After a relative period of quiet, DC Films is moving forward with an adaptation of Jack Kirby’s New Gods. Director Ava DuVernay is working with comic book writer Tom King to produce a new script, which is believed to focus on Mister Miracle and Big Barda.

The Wrap is reporting that DuVernay and King are developing a story that emphasizes the relationship between two of the many characters featured in the New Gods series. GeeksWorldWide have also learned that the movie is expected to begin filming next year. More recently, DuVernay shared an image of herself hanging out with King as they plan out the unexpected DC Films project, verifying the authenticity of the report:

DuVernay previously worked on a script with Kario Salem, although it appears as though that script has either been discarded or is being reworked by King. King is known for writing an acclaimed Mister Miracle limited series, which demonstrates his familiarity with the characters and will likely help DuVernay craft the best possible movie. DuVernay’s first big-budget movie, 2018’s A Wrinkle in Time, was deemed a disappointment by critics and stumbled at the box office, but her other work (including Selma, 13th, and When They See Us) has been acclaimed and has succeeded.

The movie will follow two characters: Big Barda, a warrior of the dystopic planet Apokolips, and Mister Miracle, an inventor and escape artist who was taken from the idyllic home of New Genesis to suffer under the reign of Darkseid. Both characters fall in love, and decide to escape from Apokolips to New Genesis by working together. In theory, the film that they’ll make from this premise will likely play out like Escape From New York with all the eye-candy of Thor: Ragnarok, a movie that was also inspired by Jack Kirby’s visual style.

Elements of the New Gods story and the greater Fourth World mythos have already appeared in the existing DC Films shared universe, most prominently in 2017’s Justice League. With this in mind, it is not expected that the New Gods movie will have any major connections to the Justice League film, as the project will continue the trend of DC movies being more focused on telling self-contained stories in a shared universe rather than setting up crossovers down the road. DC are not planning large-scale crossovers for quite some time, instead opting to flesh out individual, filmmaker-led franchises, but the door will remain open.

New Gods is in development at DC Films. No release date has been given at this time.