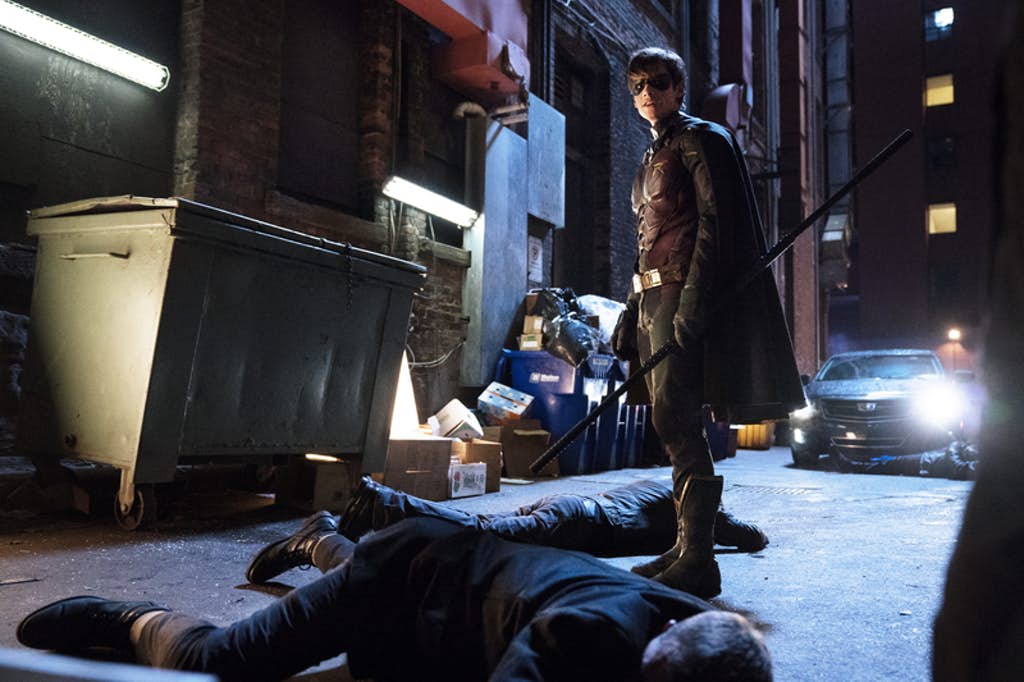 Here’s some fantastic news for international fans – Netflix has signed a deal with Warner Bros. to distribute Titans internationally.

The series, which is the first original programming for DC Universe, is due to premiere at NYCC this week and on DC Universe next Friday. But with no international release date currently planned for the streaming service, international fans had been left in the dark as to how and when they would be able to watch the series.

For these super heroes, it was Netflix who stepped up to save the day, with Deadline reporting yesterday that the streaming giant will distribute the series world wide outside of America and China. This isn’t the first time DC super heroes have found an international home on Netflix, with Black Lightning receiving a similar co-licensing deal last year.

Whilst no release date has been announced, it’s likely that the series will stream on Netflix within a week of it’s DC Universe premiere. Black Lightning‘s second season is due to air a week after it’s CW airing, whilst the third season of Riverdale, another co-licensed show, is due to air just one day behind the US.

With the announcement came a new trailer that gives us our best look yet at the series.

So what does this mean for DC Universe internationally? Honestly, that’s hard to say. I think it’s safe to assume that the international roll out is further away than most fans were anticipating, but beyond that it likely depends on how well DC Universe does at home. For now, I’d expect the next few original series to follow Titans to Netflix when it comes to their international distribution.