How Disney’s Drawing from Stage and Screen for ‘Aladdin’ 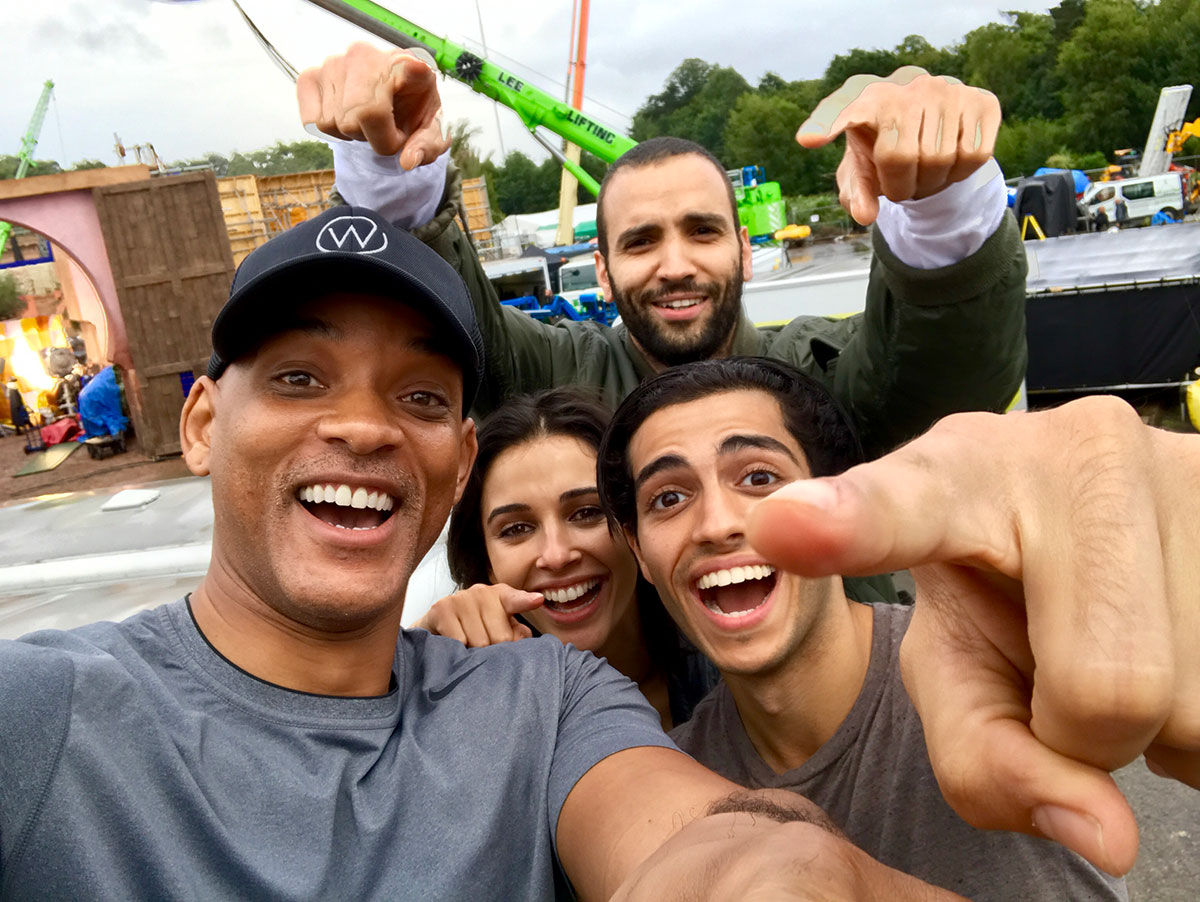 Last week at CinemaCon Disney finally pulled back the curtain and gave those in attendance a glimpse behind the scenes at next year’s live action Aladdin.

Going into CinemaCon it was already apparent from the film’s casting that Guy Ritchie’s remake would not be a straight adaptation like last year’s Beauty and the Beast.  With Nasim Pedrad’s new character of Dalia being added to the story and Numan Acar’s Hakim replacing the original’s Iago and Razoul, this was clearly going to be a new take on the classic tale. 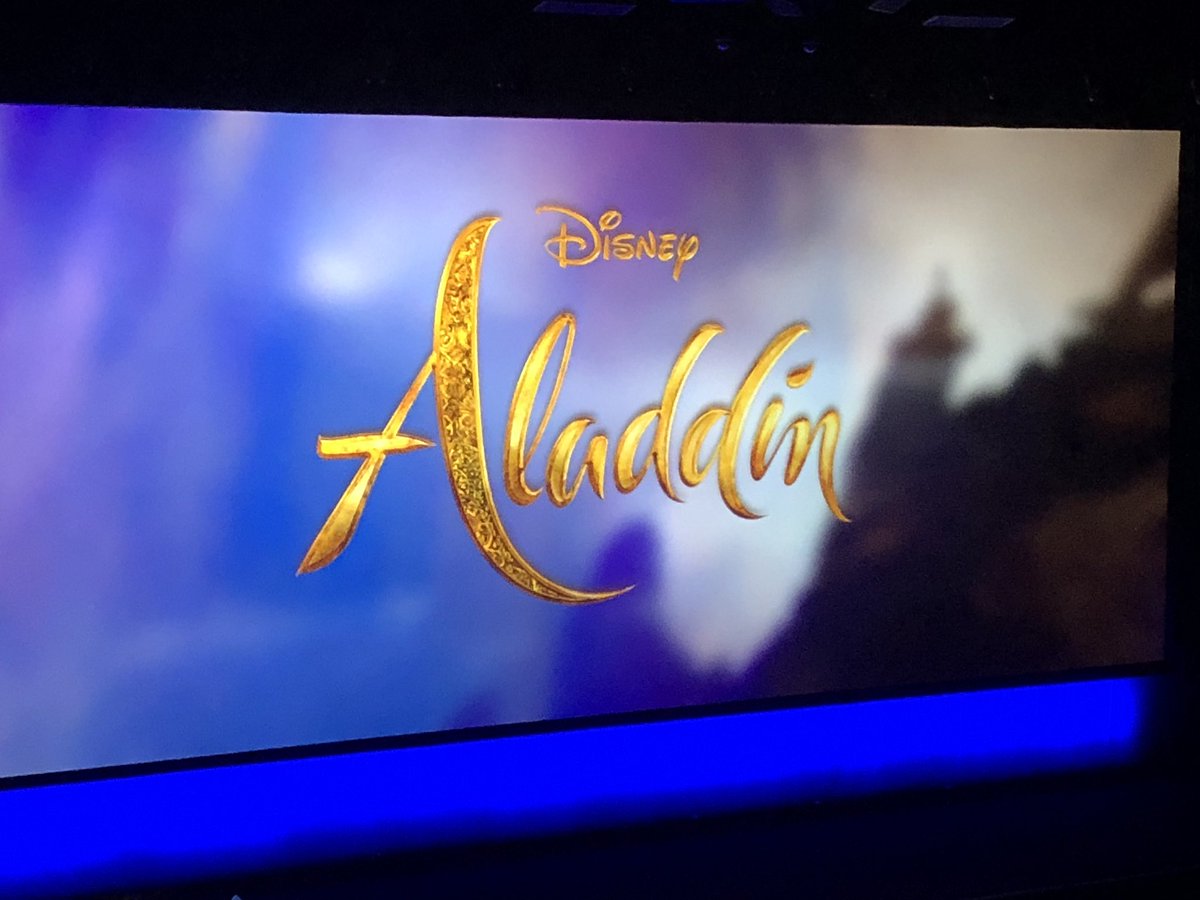 It’s no surprise that the brief look behind the scenes revealed that Aladdin will definitely be playing to Guy Ritchie’s strengths as an action director.  Attendees described footage, presumably from the song ‘One Jump Ahead’, of Mena Massoud’s Aladdin running across rooftops and bouncing from awnings in a high octane chase with the palace guards.

What is a surprise is that the film seems to be drawing at least some inspiration from the hit Broadway adaptation.  When attendees described the sets (they literally built Agrabah marketplace from the ground up), costumes, and entire look of the film as bright and vibrant it immediately reminded me of the musical where the colours simply burst from the stage.  Disney also confirmed that the film will feature elaborate dance sequences.  Whilst there may be some Bollywood influence it certainly feels like the success of the stage show has helped to shape the look and feel of the movie.  It will be interesting to see how Ritchie’s eye for action translates to the lavish musical numbers of Aladdin.

It definitely sounds like Will Smith’s Genie will be taking fashion advice from his Broadway counterpart (pictured below), wearing blue robes rather than blue make up, though he will be retaining the animated Genie’s iconic ponytail.  Disney also confirmed that Smith has been given the freedom to make Genie his own, describing his portrayal as “a little Fresh Prince, a little Hitch, and a whole lot of attitude.”

I’m not sure if anyone realistically thought Will Smith would try to copy what Robin Williams did (which would be impossible) but it’s nice to see Disney confirm he’s putting his own spin on it.  When recreating the Genie for Broadway, James Monroe Iglehart was given the same freedom and brought the character closer to his Fats Waller/Cab Calloway inspiration, maintaining the spirit of the character Robin Williams created whilst creating something new and uniquely his own that saw him take home a Tony Award for the role.  I’m definitely looking forward to seeing what Smith brings to the role next year as it has the potential to be something very special. 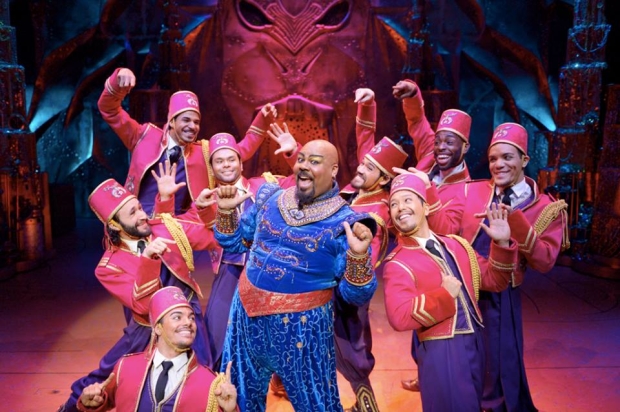 What really excites me about the CinemaCon reports is that it seems Disney is doing everything it can to make this film something unique rather than just a straight remake.  With the Broadway show the creative team set out to find the best version of the story for the stage.  They knew they couldn’t recreate a magic carpet escape from the Cave of Wonders or have the Genie shapeshift so they focused on making a musical comedy, bringing back characters and songs cut from the animated film.  They kept the heart of the story but made it new.

It looks like the live action adaptation will do the same.  Using the original film and classic songs as a starting point, adding in elements from the stage production, insane action sequences, new music (I’m really hoping ‘Proud of Your Boy’ makes it this time), new characters, and more.  Doing something new may be more of a risk but it also allows the film to succeed on its own merits rather than settling for being a good copy of the original.  As long as they remain true to the heart of the characters and story I’m confident this film will make a lot of Disney fans’ wishes come true next year.