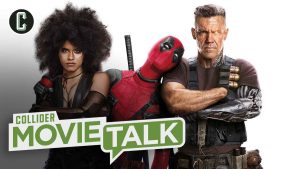 Deadpool actor and producer Ryan Reynolds reveals that he doesn’t think there will be a Deadpool 3; Variety reporter Justin Kroll says that Marvel Studios has met with over 65 directors for the directing job on the upcoming Black Widow film; Director Mel Gibson wants Mark Wahlberg to star in his WWII drama; Isabela Moner will be the lead for a live-action version of Dora the Explorer and Live Twitter Questions.