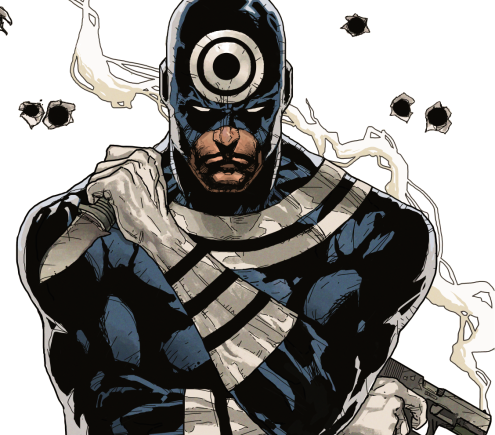 Bullseye, commonly seen as the archnemesis to Daredevil after the Kingpin, is a character fans are hoping to see introduced on the Netflix show, but aside from an Easter Egg in the first season suggesting that he appeared as an unnamed individual posing as a SWAT sniper, there have been no references to the character thus far. That might change with Season 3, as evidence has surfaced indicating that Wilson Brethel will portray the character.

Animated Times took note of a fitness trainer’s post on Instagram featuring said trainer alongside Daredevil/Matt Murdock actor Charlie Cox and Wilson Brethel, and among the tags included in the picture was a reference to Bullseye, leading to speculation that Brethel’s role is for that character. The image and its tags have since been pulled from Instagram.

Bullseye is an expert assassin who is gifted with incredible markmanship abilities and the skills necessary to make functionally any object – from sais to playing cards – into a weapon. While Bullseye is best known for being a completely unsympathetic psychopath who kills for fun and rarely uses the fortune he’s made off of contract killings, it sounds as though Marvel and Netflix may be taking a different approach.

Previously, That Hashtag Show released info indicating that Netflix were looking for an actor to play “an athletic but socially awkward FBI agent, needs structure and rules to suppress the darkness inside himself”, a character they suggested was Bullseye. THS later speculated that Marvel MAX was being looked at for inspiration on how to adapt the character – in Punisher MAX, it’s explained that this version of Bullseye was an ordinary individual who later went insane during an unclear series of events. Perhaps, then, the show will focus on how an FBI agent goes off the deep end to become an incredibly-dangerous assassin.

Daredevil Season 3 will be available to stream on Netflix in late 2018.