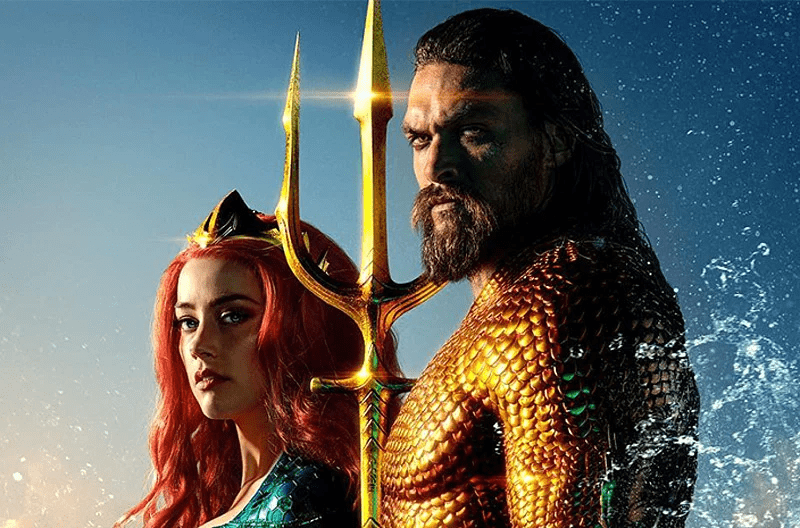 Aquaman and the Lost Kingdom may be losing one of its stars, according to a new report. It is believed that the role of Mera may be recast with a new actress, and the character’s scenes will be reshot.

JustJared reports that following Amber Heard’s loss in her defamation suit with her ex-husband Johnny Depp, Warner Brothers is considering recasting the character of Mera with a new actress and refilm her scenes. If a recast occurs, then the new actress is expected to film scenes alongside Jason Momoa’s Aquaman and Nicole Kidman’s Atlanna during reshoots, with the new actress set to get a larger role in future movies. A later update to the article noted that, as of right now, Heard has a small role in the current cut of the film, but most of her scenes were removed, which may suggest that the character’s role (and the actress playing her) could change with additional photography.

Representatives for Amber Heard, reaching out to Variety, have stated that she remains in the current cut of the film, which is consistent with JustJared’s later revision to their article. At this time, Warner Bros. has not commented on the situation, although during the defamation trial, DC Films executive Walter Hamada has indicated that they contemplated recasting Mera before production on Aquaman and the Lost Kingdom began. It remains to be seen if Heard will remain in the movie by the time that the movie comes out.

While we won’t delve into plot spoilers, test screenings have indicated that Mera has an important role to play in the beginning and ending of the film, although she sits out the majority of the middle. A recent test screening indicated that her character was in the movie for a range of approximately 20 minutes throughout the film, which is a decrease in prominence compared to the character being the co-lead in the first film. (Should Heard remain in the film, that runtime is likely to be decreased.) During the trial, it was noted that the movie was always planned to be about Aquaman and his half-brother, Ocean Master, who was the primary antagonist of the first film, but is serving as a reluctant ally as the siblings are forced to work together to save Atlantis. As such, there seems to be just enough wiggle room for them to recast, refilm the necessary scenes, and release the film on its current schedule.

Aquaman and the Lost Kingdom will be released on March 17, 2023.