‘Spider-Man: No Way Home’ Getting Rerelease With New Content 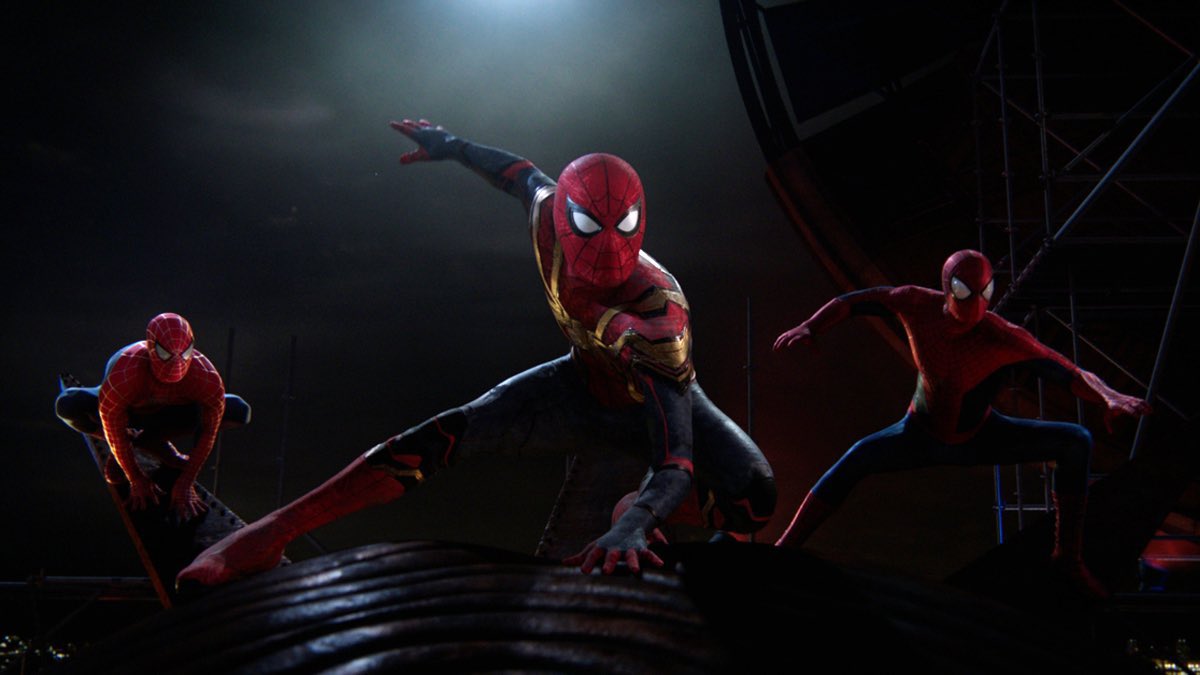 Spider-Man: No Way Home is making a return to theaters in the United States and Canada (along with other unspecified new) with new content, including new footage of all three versions of Spider-Man: Tom Holland, Tobey Maguire, and Andrew Garfield, just in time for Labor Day and the Sixtieth Anniversary of the character’s debut in Amazing Fantasy #15. (Is it really a spoiler to say that Tobey and Andrew team up with Tom in this movie at this point, presuming that it really was to begin with? Well, now you know, in case you missed it. Sorry!)

Sony Pictures has announced that a longer version of Spider-Man: No Way Home, subtitled The More Fun Stuff Version, is coming to the big screen early into Autumn, adding new content to the already 2 hour and 30 minute feature presentation. Initially, the Blu-ray was announced to feature deleted scenes, but Sony opted to pull them from the release, presumably for the purpose of doing a rerelease and milking the cash cow. (Nobody should blame them, since the movie made $1.9B!) The five deleted scenes that were planned for the Blu-ray release have been detailed in the tweet below, including detailing more content with Charlie Cox as Matt Murdock and more stuff with the Spider-Men interacting:

Contrary to that tweet’s message, it’s not clear if these are the deleted scenes that will appear in the film; we simply don’t know at this time. It’s also possible that more deleted scenes could appear, but that just raises further questions about Sony’s approach. What will this new version look like? Will it be like Avengers: Endgame, where all the extra content was just after the credits (including, infamously, a very incomplete deleted scene with the Hulk rescuing people from a burning building), or will it be like Sony’s previous rerelease, Spider-Man: Far From Home, which added a new action sequence and a couple of other short scenes? Will the deleted scenes be completed and integrated into the film, or just remain as extras for viewers who stick around after the credits? At the time, we don’t know. It’s also not clear if the post-credits scene, which was really just the first trailer for Doctor Strange in the Multiverse of Madness, will be getting cut. We’ll hear more about it closer to release, but at this time, all we can expect is… Well, more fun stuff!

Spider-Man: No Way Home – The More Fun Stuff Version is set to release on September 2, 2022. The version with less fun stuff is available to watch on Blu-ray, DVD, Video On Demand, and streaming.