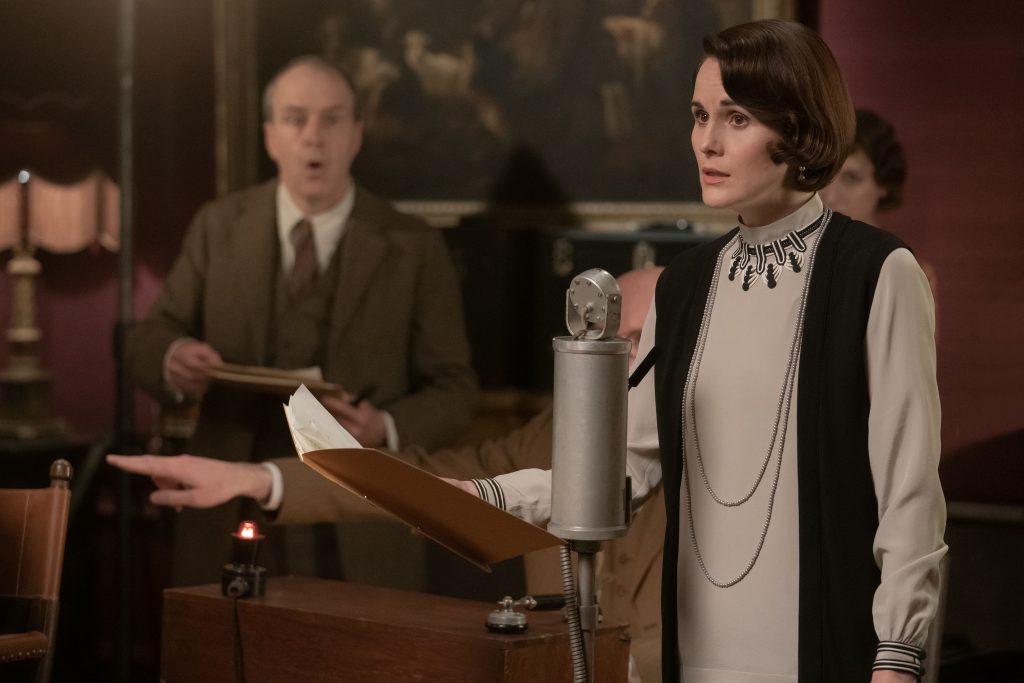 It takes but moments for your heart to get swept away into the elegant world Julian Fellowes introduced to us twelve years ago. Downton Abbey: A New Era is the perfect theater escape film, wrought with incredibly laced drama, stunning costumes, and a tearful audience. When those high chords striking the familiar music we all love start playing, you are immediately whisked away. This movie struck an emotional chord for me beyond what I ever expected, and I know you won’t be disappointed.

I saw this film on May 24th, just hours after I was driving home from work and heard the news about the unspeakable tragedy in Uvalde, Texas. Overcome with tears and emotion, I pulled over for a few minutes to collect myself. My tickets for the movie had already been purchased, but I contemplated whether or not I even wanted to attend. Ultimately, I decided to go, and I’ll be forever thankful I did. In times of extreme darkness, some films have an innate way of piercing through that darkness and providing a much needed life raft. This film achieved that for me.

While spectacular, it’s certainly not perfect. It lingers too long on plot points it could wrap up more quickly, and there are moments where you wonder if the script was written a bit spitefully against those whose schedules didn’t work out. But these imperfections don’t matter. It was the perfect film for today. It met me when I needed it most. A powerful story of family and legacy that weaves its way into your heart giving you the great escape and warm feelings the theater is supposed to provide. For those who are fans of the Downton franchise you won’t be disappointed at all. You will be thoroughly pleased. 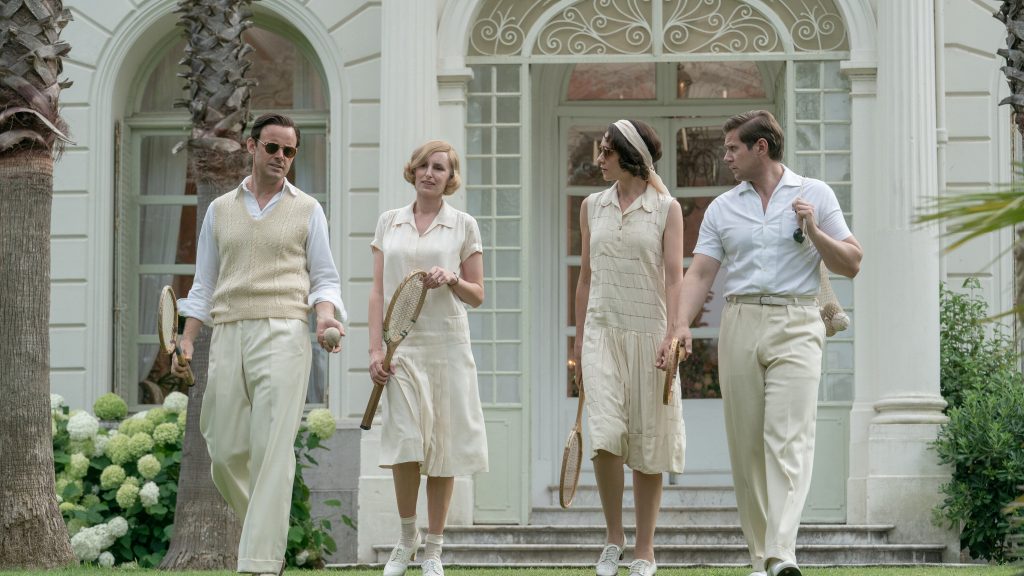 The tears may instantly begin to fall in this one, as the movie begins with the wedding we all suspected would take place after the first feature film. Tom Branson (Allen Leech) has wed the now Lucy Branson (Tuppence Middleton) in a wedding as grand as you’d expect for a member of the family. As the scene of the wedding dies down, we learn of the plot points that will drive the heart of the film. The Dowager, portrayed in absolute perfection by the legendary Maggie Smith, has mysteriously inherited a villa in the south of France from an old beau. On the home front, Lady Mary (Michelle Dockery) will be overseeing a production crew coming to produce a feature film right in Downton Abbey itself. The meta humor of it all will get many laughs out of the audience. Change is coming yet again to Downton, and the Crawley’s must adapt. From the joyful start filled with happy tears to the heartbreaking conclusion you’ll need a tissue for, this film is the perfect swan song to this cast if we ultimately never return to Downton Abbey. However, it sets up “A New Era” (exactly as the film’s title tells us) just in case Julian Fellowes decides to bring us back someday.

The multiple major plot lines in this film allow for numerous other subplots to be formed; a change of course from the first film. Andy (Michael Fox) and Daisy (Sophie McShera) play matchmaker, Mr. Molesley (Kevin Doyle) finds his courage, and Thomas (Rob James-Collier) gets his chance at as happy a life this cruel world will allow him. This component adds more gravity to each scene as you hold onto each character interaction more tightly not knowing when you’ll be whisked away back to France or Downton. Ultimately, when the main lines merge back together it’s done in a seamless fashion to set up the tear jerking finale. 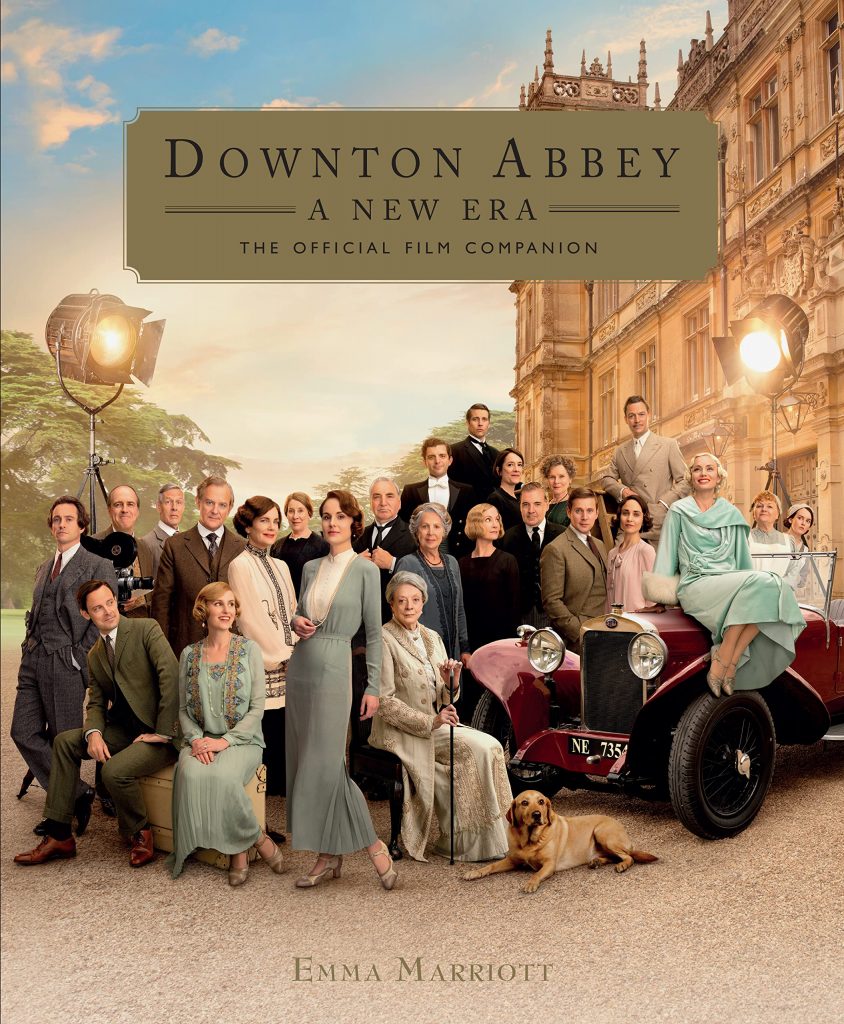 Within these reviews, I want to highlight a performance or two that particularly struck me. Hugh Bonneville, who portrays the loving father Lord Grantham provided his most emotionally gripping performance since he first stepped into the role. Faced with crippling worry about his mother, the potentially fatal illness that strikes his wife Cora (Elizabeth McGovern), and the uncertainties about his heritage, he conquers each acting challenge set before him. You truly will feel what he feels. His outpour of nuanced emotional delivery is authentic. Nothing but a standing ovation for Mr. Bonneville. Secondly, Anna Robbins completely outdoes herself. With over 300 costumes in this film, she transformed scenes with a myriad of stunning dresses and sharp looks. She deserves all the flowers for this ensemble.

With the closing scenes of Downton Abbey: A New Era, they don’t pull any punches. The torch is finally passed, and Maggie Smith delivers one last breathtaking performance as Violet. The family comes together and mourns the loss of not just a family member, but a true force of nature for their family. Her death marked the end of an era, but also the birth of a new age. It appears that she refused to go until the family was firmly ready to face future challenges set before them, and this new era will see her legacy shining through future generations.

This film is a perfect theater escape. There are crowded storylines that don’t get as much time to breathe as you would like, but you can rest easy knowing your favorites are happy and content. Downton came to me yesterday at a time where I needed it most. Movies have this magical power to pull you through times of tragedy. Few films have touched me in a way this one did. Sadly, I will never forget the heartbreaking circumstances under which I made my way to see it, but few films could have provided this level of care in a time such as this.